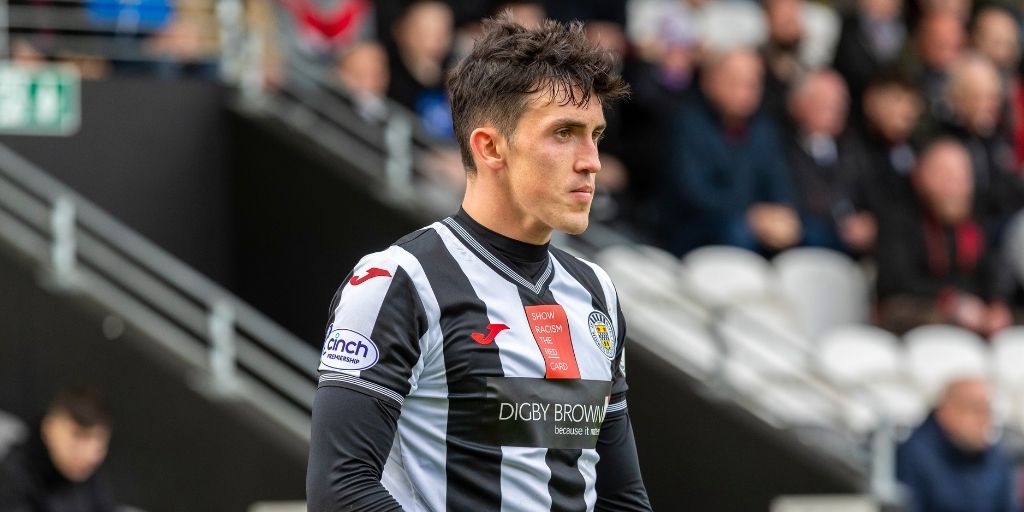 Jamie McGrath is set to miss St Mirren's next two matches, but could return to the fold for our trip to St Johnstone at the start of November.

The Irish midfielder was stretchered off in Saints' narrow loss against Rangers on Sunday and it was feared he could face a significant spell on the sidelines.

However, following a scan yesterday, Jim Goodwin confirmed that it looks better than was first thought.

The manager told the press this afternoon: "We're pleased to say it's not as bad as first feared.

He's had his scan and it seems to have settled down a lot.

"I don't think it will be a long-term thing. I would like to think that Jamie will be back training the Monday after the Dundee game."

The Saints boss also gave an update on Ethan Erhahon and Scott Tanser - both of whom had to be substituted due to hamstring issues on Sunday.

We don't think Ethan will be available tomorrow night and Scott will have a fitness test in the morning."