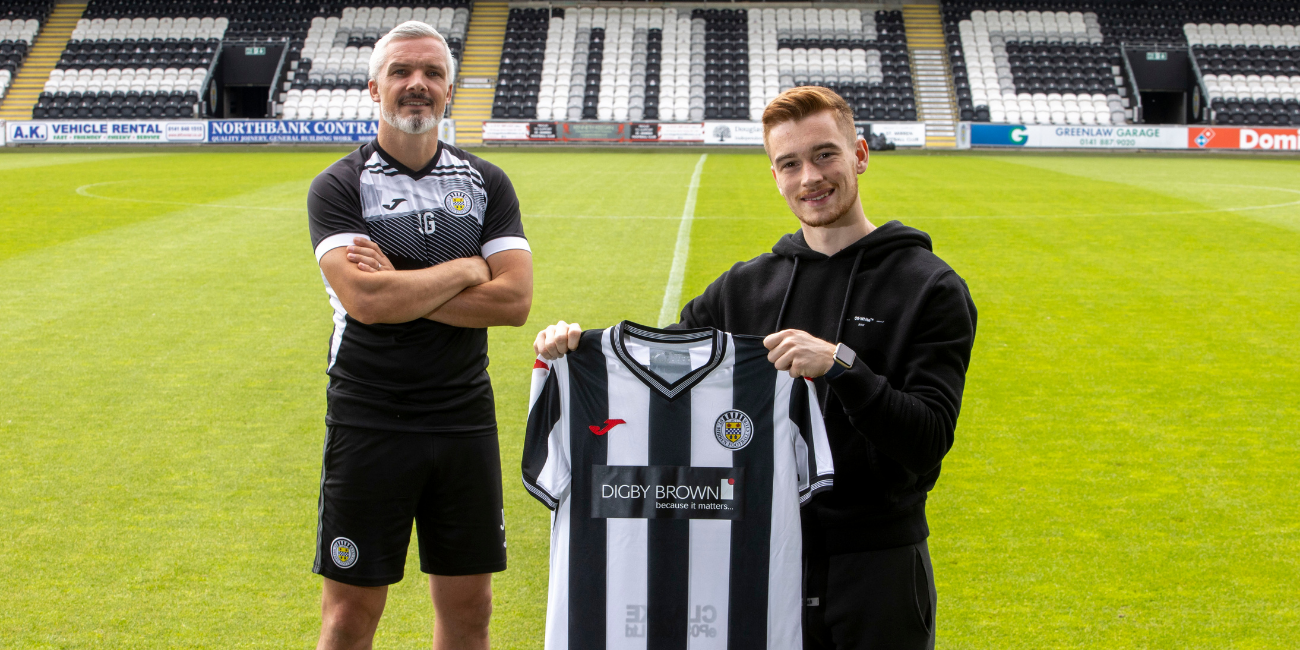 Jim Goodwin hopes to add one more player to his squad ahead of tonight's transfer window deadline after completing a loan deal for Wolves midfielder Connor Ronan.

The Saints gaffer spoke to stmirren.com after agreeing the season-long move for the 23-year-old midfielder.

Jim was delighted to get Connor in after tracking his progress for a number of years and believes he is a player that can excite the St Mirren support.

Connor is a central midfielder who can play a number of positions in the middle of the pitch," the manager said.

"He’s played in a deep lying role but he’s also played as a number 10 in the past as well. He’s one that is very comfortable on the ball, technically very good and highly regarded at Wolves where he has just signed a three-year deal.

"I watched Connor playing for the Irish U21s a couple of seasons ago and he was outstanding in Toulon for the Republic. We tried to get him in last season but couldn’t because of the connection between Wolves and Grasshopper. Thankfully this time around we have been able to get it over the line and I think he is one that will excite the fans.

"People might look at the squad and feel we have a number of midfielders already, but Connor is something a little bit different. He’s a real class act and hopefully St Mirren fans will see the best of him."

With Connor now in the building, the manager’s attention has turned to bringing in one more signing before the window slams shut at midnight.

Jim said: "We’re working hard on one in particular. We thought we had one done this morning, but unfortunately an English Championship side pulled the plug on that which was extremely disappointing.

"We are working our way through a list and trying to get one in. I’ve spoken long and hard about the need for a bit of pace in the team and a bit of mobility so that’s what we are looking for at the moment. There are still a few hours left in the window and hopefully we’ll be able to get one of those to drop soon."