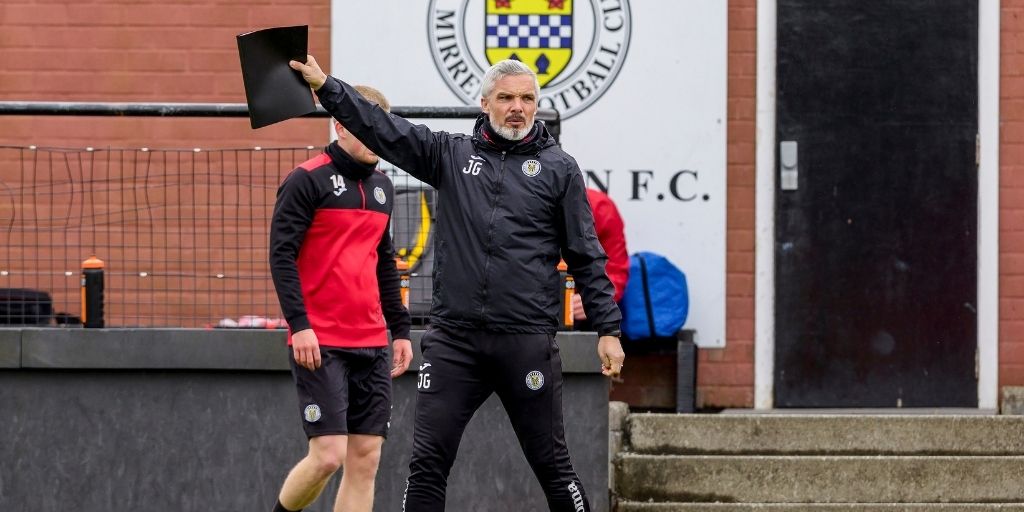 Jim Goodwin hoping for another shot at Hampden

Jim Goodwin is hoping for another opportunity at Hampden as St Mirren get set to face Kilmarnock this evening in the Scottish Cup.

Having already reached the semi-final of the Betfred Cup this season, the Saints manager is desperate for second shot with the national stadium awaiting the victors of tonight's quarter-final.

A narrow defeat to Livingston in the Betfred Cup semi-final in January still rankles with the Buddies boss and he hopes his side can grasp the opportunity to have another go at glory.

I think it would be a good achievement from the group [to reach Hampden twice in one season].

"We're still a little bit sore after the semi-final against Livingston. We didn't really believe that we gave a true reflection of the team we are capable of being.

"As I said after that game, I take responsibility for that because I set the team up in a certain way. I would love to get back there and try to make amends and be a bit braver and be more on the front foot if we get the opportunity.

"There's still some really top teams left in the competition there's no doubt about that. If we get through this one against Kilmarnock then we give ourselves a great chance and that what we're hoping to do.

"Two semi-finals in one season for our club would be great but we want to get to the final this time round. We want to finish seventh in the league and we want to go and win the Scottish Cup."

It's Tommy Wright's Kilmarnock who stand in Saints' way of reaching the last four.

The manager knows how difficult a task it will be this evening with Ayrshire side hitting form over the last number of weeks winning four of their last five matches.

Key to that form has been the goalscoring exploits of Kyle Lafferty who has scored eight goals in those last five.

And while the Buddies will have to be alert to the threat Kilmarnock possess, Jim hopes that his side can go with confidence in their own ability.

Kyle Lafferty is a top player and played at a really high level throughout his career but I have every faith in my defenders that they'll be able to manage him on the day. We need a big performance against Lafferty there's no doubt about it, but we also have to stop the supply to him from the likes of Chris Burke and those around him.

"Lafferty is the only real change that Kilmarnock have made since Tommy Wright came in. He's been very influential to the recent success that they've had. They've won four of their last five games and they are scoring at will at the moment as well.

"But I'm not going to overly concern ourselves with Kilmarnock. We have to concentrate on what we are good at and the things that have been a success for us this season. If we go there in the right mindset, confident and full of belief then we give ourselves a great chance of progressing."