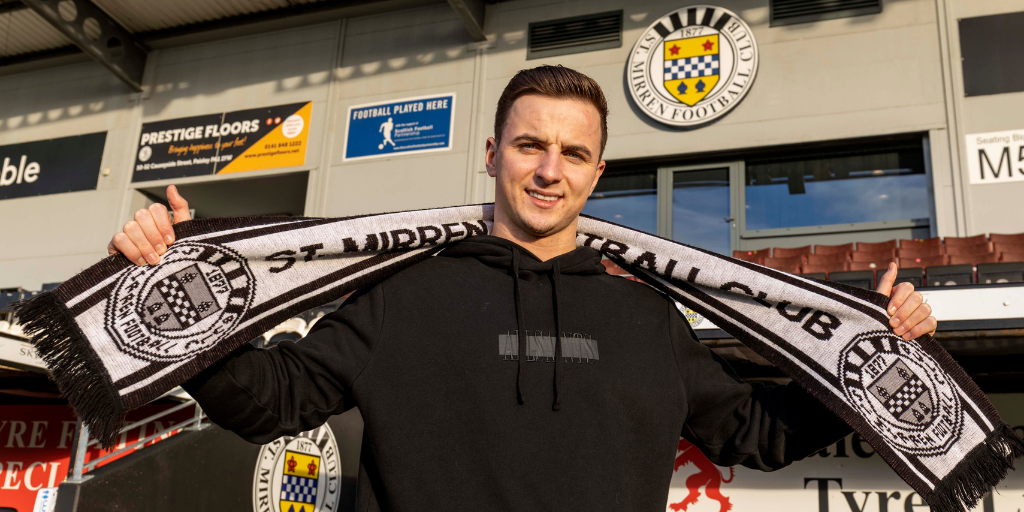 St Mirren Football Club is delighted to announce that Eamonn Brophy has joined the club on loan until the end of the season.

The 24-year-old forward agreed a pre-contract with Saints earlier this week to move to the SMiSA Stadium permanently in the summer on a three-year deal.

However, following an agreement between the two sides this evening, Eamonn will join up with the Buddies early. The striker will wear the number 29 jersey and could go into the squad for tomorrow's match against Motherwell.

"When I spoke to the gaffer I felt this was the right place for me. I was fortunate enough to have a number of options but this was the one that felt right for me.

"I've watched the team a number of times this season and I like the way they play and I think it will suit me.

"Hopefully I can help bring goals to the team and help the team win as many games as possible."

Speaking to the press yesterday, Jim Goodwin said: "I have to thank the board and I have to thank Tony Fitzpatrick for all their help in order to get it over the line.

"It’s all well and good talking about top six and talking about cup runs. But we have to back that up with quality signings. Hopefully Eamonn will add to that.

"Other than just scoring goals I love his all-round attitude. He’s my type of player. He works hard for the team and he doesn’t give centre-halves a second on the ball."

The club is excited to welcome Eamonn to the SMiSA Stadium and wish to thank Kilmarnock for their professionalism during this process.