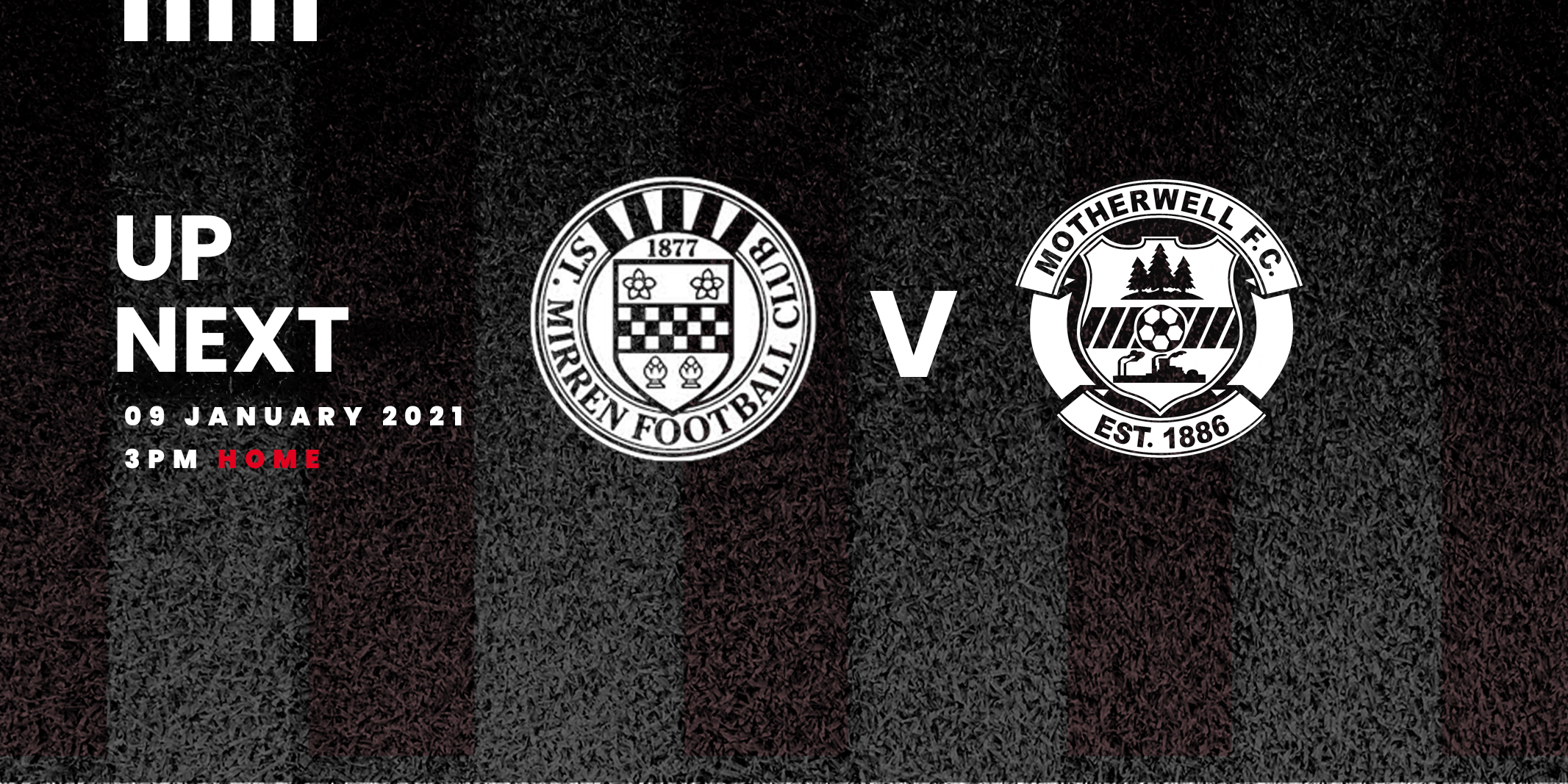 St Mirren welcome Motherwell to Paisley for the first match at the SMiSA Stadium in 2021.

Saints started 2021 with a 1-1 draw with Kilmarnock at Rugby Park. Killie goalkeeper Danny Rogers' injury time own-goal gave the Buddies a share of the spoils and kept Jim Goodwin's side ahead of Kilmarnock in seventh place in the Scottish Premiership.

Motherwell's year got off to the worst possible start when they were defeated 3-0 by Hamilton Academical at the FOYS Stadium. That defeat extended 'Well's winless run to 10 matches as they slipped to 11th in the table.

The Steelmen will have a new man in the dugout with Graham Alexander being appointed as manager on Thursday evening.

Saturday's match is also available on PPV (ppv.stmirren.com) to supporters inside the UK and Ireland for £12.50. Click here to buy now.

"It should be a decent game - it always is when we play Motherwell. We're two good passing teams, both will be trying to get the win and hopefully we can go and take all three points on the day.

"The boys have been on an brilliant run. We don't fear anybody and we genuinely believe we can beat anyone in the league and that has got to be the mindset now going into the second half of the campaign."

Saints were victorious when the side's met last month at Fir Park. Jamie McGrath's first-half strike was enough to give the Buddies a 1-0 win over the Steelmen.

The two couldn't be separated when they last met at the SMiSA Stadium back in February 2020 in the William Hill Scottish Cup. Mark O'Hara had given the visitors the lead before Alex Jakubiak netted his only goal during his loan spell at Saints to take the match to a replay.

Bobby Madden is the man in the middle for Saturday's match. His linesmen are Dougie Potter and Craig Ferguson, while Scott Lambie is the fourth official.