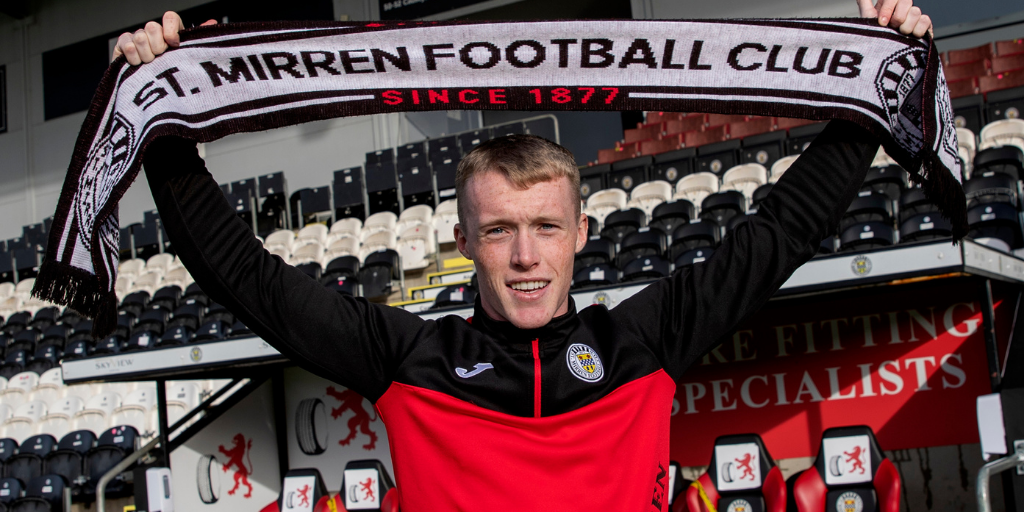 St Mirren Football Club is delighted to announce the signing of Jake Doyle-Hayes on a deal until the end of the season subject to international clearance.

The Irish midfielder joins the Saints following the expiry of his contract at English Premier League side Aston Villa.

Jake, who has been capped at U21 level for Republic of Ireland, joined Villa in 2014 after being spotted playing for a local side in Ireland.

During his time at the Villains he had loan spells at League Two sides Cambridge United and Cheltenham Town. It was at Cheltenham where Jake featured regularly – appearing 36 times for the Robins last season.

Jake will wear will the number 7 jersey after completing his move.

Speaking to stmirren.com, Jake said: "I've had a lot of interest during the window but when I heard St Mirren were interested it caught my attention straight away.

"I've followed the league and I liked how enthusiastic the manager was when we spoke. I was delighted with the interest and I wanted to get it done as soon as I could.

"All the lads have helped me settle in really quick and I've really enjoyed the first few days I've been here."