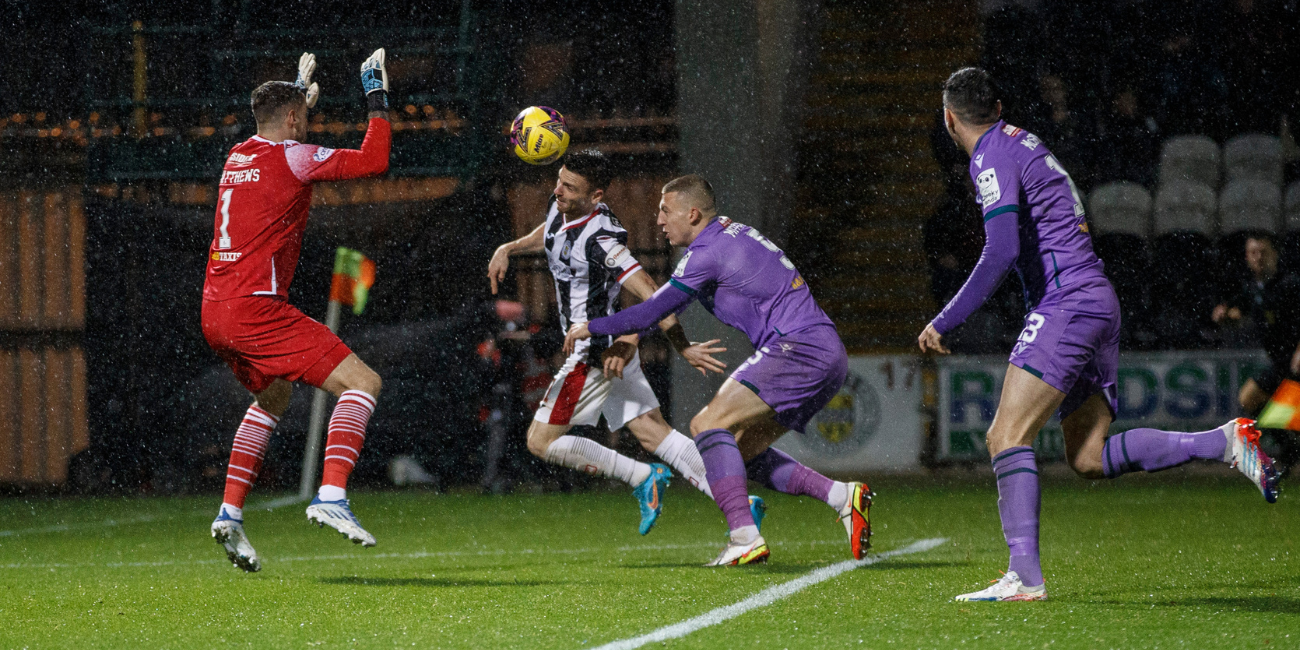 A last-minute equaliser gave St Johnstone a share of the spoils at the SMiSA Stadium.

A Mark O'Hara wonder-strike on 81 minutes looked to have secured the points for Saints, but in the seventh minute of added on time Nicky Clark scored for the visitors to see them take a point with them.

St Johnstone took the lead through ex-Buddie Graham Carey who scored from the penalty spot on 33 minutes. But Greg Kiltie's sweet volley drew us level just nine minutes later. The Perth side were reduced to 10 men after VAR intervention saw Alex Mitchell given his marching orders in the second-half. And with just under 10 minutes remaining, stand-in skipper O'Hara scored a goal of the season contender as he rattled into the top corner from 25 yards only for Clark to score at the death for the visitors.

The manager elected to make three changes from the side that lost narrowly at Ross County on Saturday. Keanu Baccus missed out with injury, while Alex Gogic and Jonah Ayunga dropped to the bench. In came Scott Tanser, Kiltie and Alex Greive.

The first real chance of the match fell for the home side after good persistence from Kiltie saw the midfielder pick up the ball inside the box before laying off to Curtis Main who struck from 20 yards, but St Johnstone goalkeeper Remi Matthews got a strong hand on it to push away. Main went close against eight minutes later from similar range with a fierce strike that flew just inches over the bar.

St Johnstone were awarded a penalty kick just after the half hour mark following a lengthy VAR check. It took around three minutes for referee Euan Anderson to consult the pitch side monitor before subsequently awarding the spot kick after Drey Wright's attempted cross came off the arm of Scott Tanser. Trevor Carson went the right way but couldn't keep Carey's effort out.

St Mirren levelled with three minutes of the half remaining. Ryan Strain did well to get to the byline before flinging a cross into the box. Main tussled with the St Johnstone defence and the ball was headed out to Kiltie who caught it flush on the volley to smash it beyond Matthews to make it 1-1. 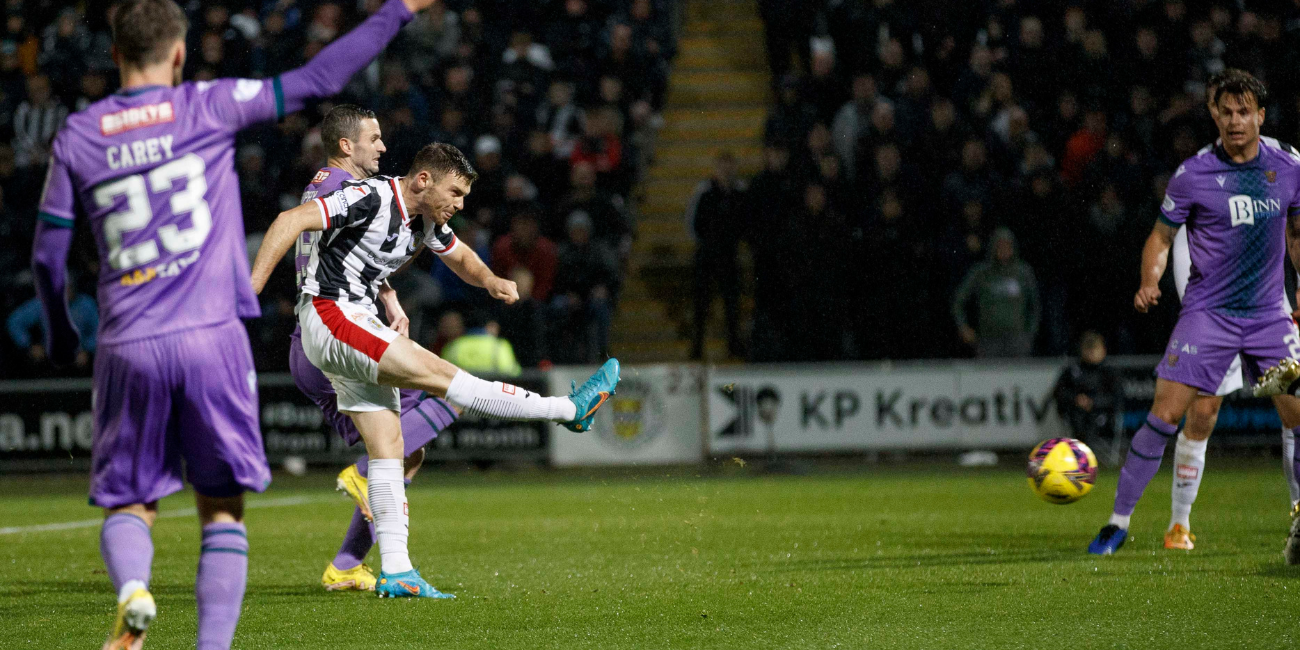 Greg Kiltie's sweet volley drew us level towards the end of the first half (Image: Allan Picken)

Conditions were making it difficult with a swirling wind and rain hanging over the SMiSA Stadium with neither side creating much in the opening 15 minutes of the second 45.

VAR was called upon for a second time in the evening just after the hour mark after Alex Mitchell's foul on Kiltie. The referee had initially booked the St Johnstone defender, only to be called over to the monitor to check. A quick look saw the yellow card wiped and a straight red card given in its place.

Saints were having all of the ball but struggling to make the man advantage count. Stephen Robinson went to his bench to bring Eamonn Brophy and Jonah Ayunga on in place of Declan Gallagher and Alex Greive as the game headed into its final 15 minutes. And with nine minutes remaining O'Hara stepped up to score a screamer. The midfielder couldn't have hit it any better as his strike from 25 yards flew into the top corner.

That felt like it would be the goal that gave St Mirren the points only for a sting in the tail. With the five additional minutes already played Clark rescued a point for the Perth Saints with a cool finish from inside the box in what was the last kick of the game.