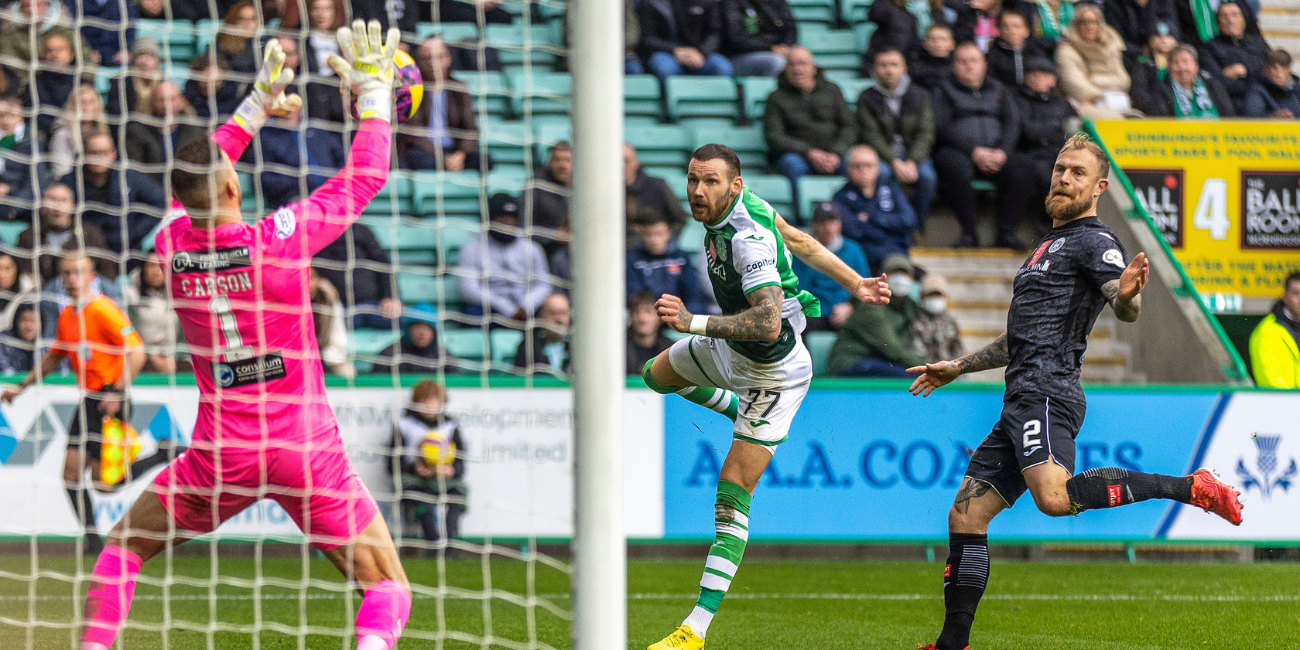 St Mirren were beaten by Hibernian in the cinch Premiership as the Buddies fell to a 3-0 defeat at Easter Road.

VAR drama saw Hibernian denied an early goal and awarded a penalty kick in what was a well-contested first 45. Martin Boyle tucked the penalty away in the dying seconds of the first-half before a quickfire double from the hosts in the second-half saw Lee Johnson's side pick up the points.

It was a game that didn't take long to get going. Hibernian thought they'd taken an early lead when Mykola Kuharevich slid in to knock home a low cross from the left by Marijan Cabraja. However, after a quick VAR check, referee Don Robertson disallowed the goal as Cabraja had strayed into an offside before his cross. The hosts didn't seem fazed by the decision though and really should have taken the lead just 60 seconds later when Ryan Porteous knocked inches by the post from close range.

After struggling to get a grip of the game in then opening 15 minutes, Saints were denied an opener on 16 minutes after a brilliant save from Hibees' goalkeeper David Marshall to push Jonah Ayunga's strike wide. Marshall's counterpart Trevor Carson made a save that was every bit as good a few minutes later when he blocked Martin Boyle's effort at the back post.

It was real end-to-end stuff with Marshall pulling off another big stop to deny Curtis Main with the big forward then nodding over from the resultant corner. Hibs immediately hit Saints on the counter and Ewan Henderson would have been disappointed he didn't hit the target when he skewed his effort wide.

There was VAR drama right before the end of the first-half and this time the decision went against Saints with the hosts awarded a penalty. A ball into the box came off the hand of Richard Tait and after a check at the monitor on the side of the pitch, referee Don Robertson awarded the spot-kick. Boyle sent Carson the wrong way to put Hibernian ahead on the stroke of half-time. 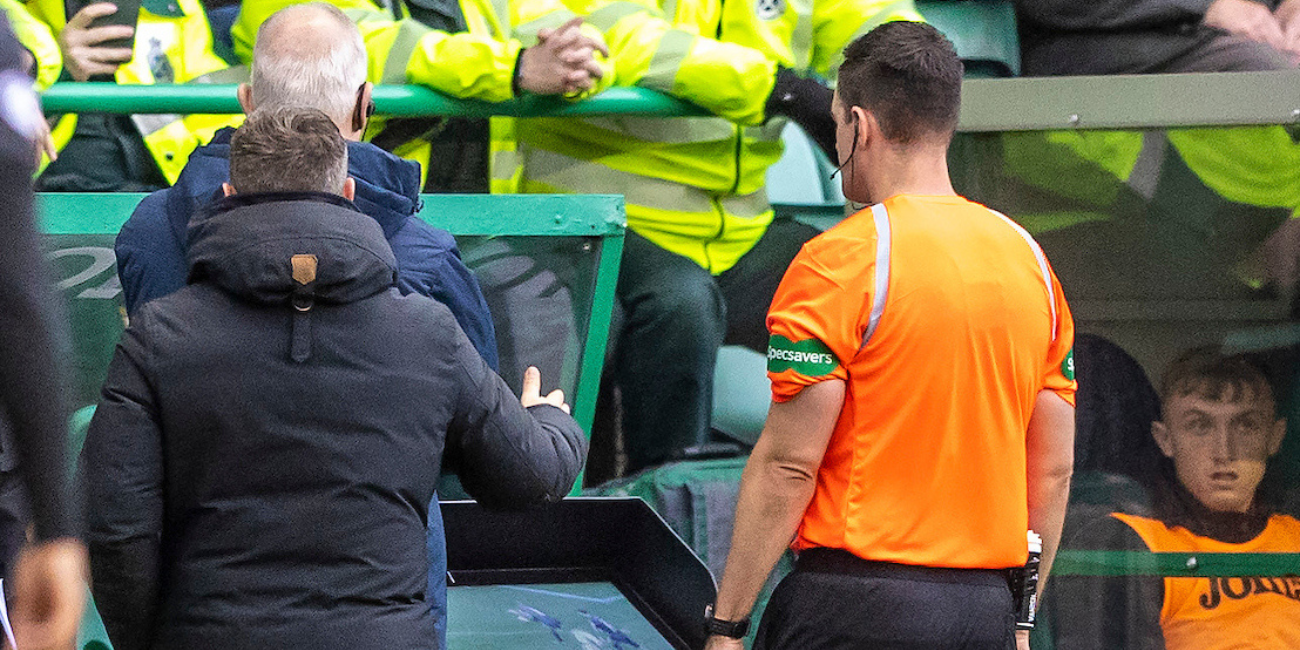 The referee awarded a penalty after checking the pitchside monitor (Image: Andy Barr)

St Mirren struggled to get going after the break and Hibs scored two in four minutes just after the hour mark to put the game beyond Saints. Kuharevich outmuscled Alex Gogic in the Buddies' box on 63 minutes before firing beyond Carson to make it 2-0. Henderson added a third on 67 minutes with a really good finish into the top corner from 20 yards.

Saints were dealt a further blow with 10 minutes remaining when Charles Dunne went down injured and had to be replaced by Jay Henderson. It was a disappointing end to a frustrating afternoon for the Buddies.