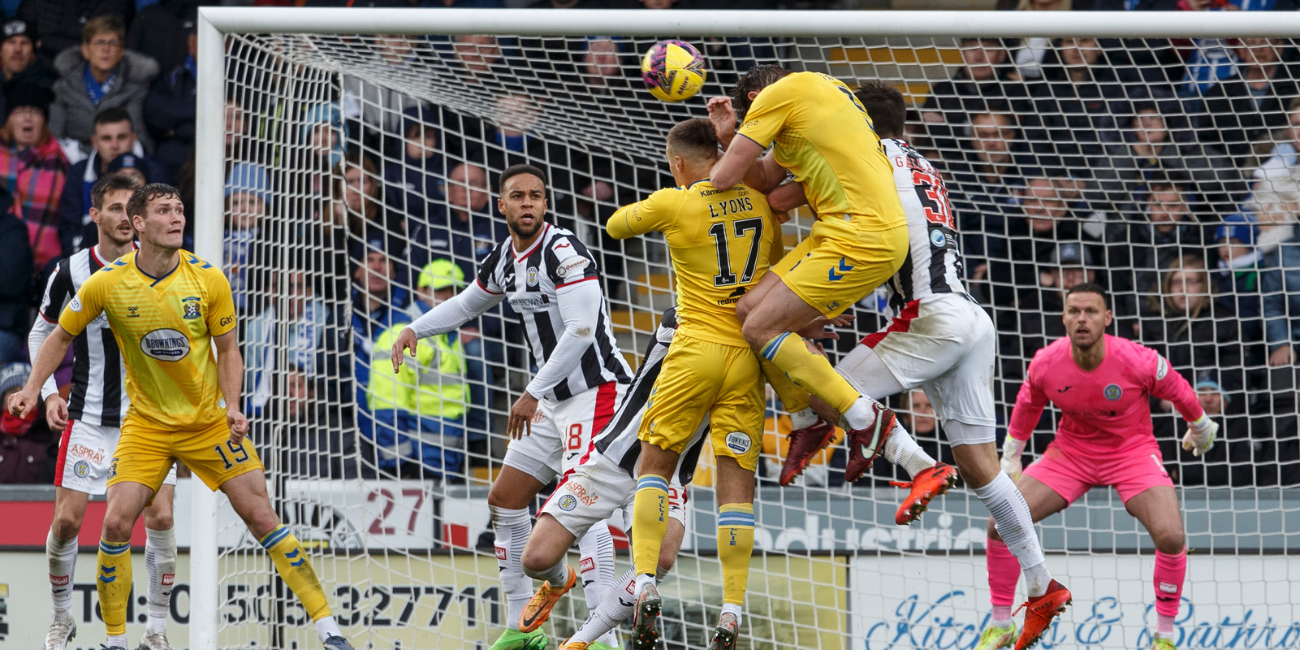 Saints and Killie drew a blank in a goalless, if entertaining, draw in Paisley.

Saints had the better of the chances in the first half with Jonah Ayunga and Ryan Strain going close before Curtis Main was inches away from putting the Buddies in front with a header just before the interval.

After the break it was Trevor Carson who was the busier of the two goalies, saving from Kyle Lafferty before a brilliant double save denied first Rory McKenzie then former Buddie Jordan Jones.

Ayunga returned to the Saints side after completing his suspension with Strain also back in the team, Alex Gogic and Alex Greive the pair dropping to the bench. Former Saint Alex Power captained the visitors, who brought in Joe Wright and Ryan Alebiosu at the expense of Lewis Mayo and Ben Chrisene.

The visitors started on the front foot, forcing a series of corners that ended when Ash Taylor headed well over. It was the Killie goalie who was called into action first though, Zach Hemming using his legs to block Ayunga's shot at his near post. The forward then unwittingly turned defender as he got in the way of Keanu Baccus' low drive and deflected it wide. 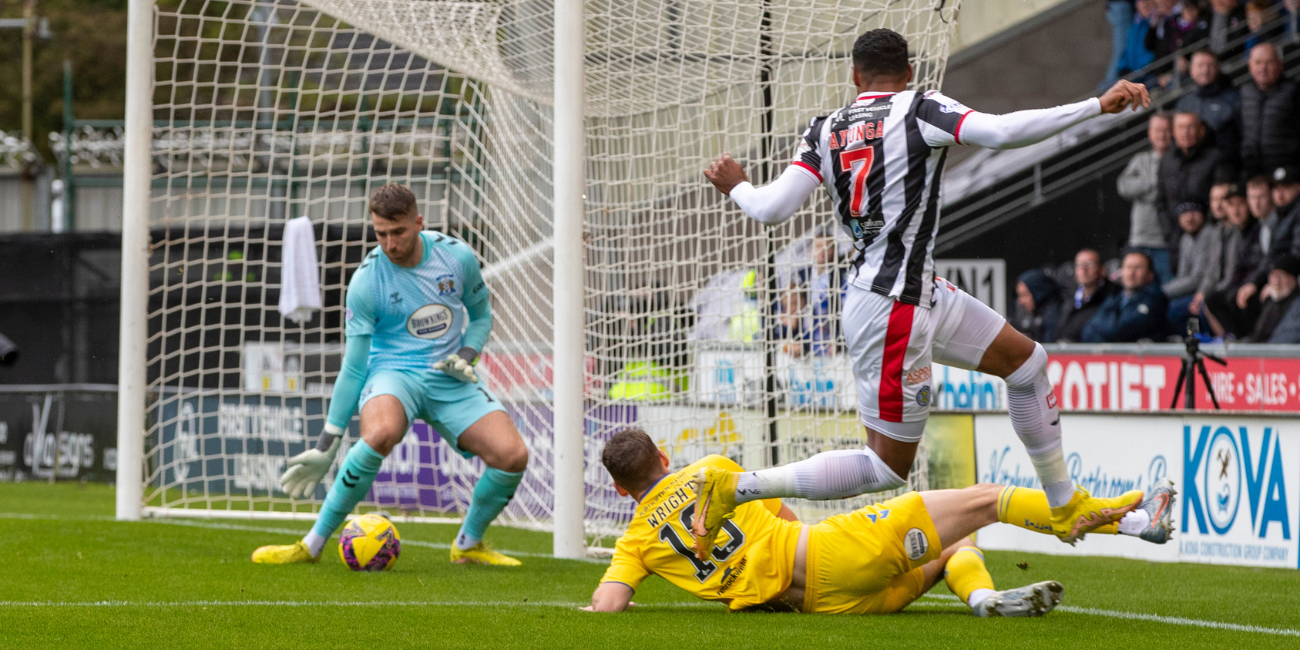 Ayunga is denied early in the game by the Kilmarnock goalkeeper (Image: Allan Picken)

Alebiosu was beginning to get some joy on the Killie right, striding forward before switching the ball to his left foot and curling a shot narrowly beyond the far post. Some silky footwork from Curtis Main allowed him to get some space for a slightly ambitious shot that was deflected wide, Strain's teasing corner that followed just beyond the reach of anyone in black and white.

Carson was called into action for the first time when he easily caught Blair Alston’s shot. Hemming was tested rather more moments later when a cross was headed back out to Strain, whose drive from the edge of the box was tipped over by the Killie goalie. Just before the break Saints could have been in front when Main got down to meet a Scott Tanser cross but he headed it inches past the post.

Saints nearly presented Kilmarnock with the opener at the start of the second half as the ball was blocked and fell to Kyle Lafferty and be gratefully raced towards goal only to be denied by the outstretched leg of Carson. Main then set up Tanser for a shot but his effort was always going over before Danny Armstrong curled a decent effort just past the Saints goal.

Power went into the book when he brought down Ayunga just outside the box, Tanser curling the resultant free-kick well over the bar.

When the Saints defence failed to deal with a cross it gave Rory McKenzie a great opening but Carson pulled off a great save before getting up to brilliantly deny Jordan Jones from the rebound and finally pounce on the loose ball to end the danger.

Alex Gogic, who had replaced Ethan Erhahon, was soon booked after bringing down McKenzie when he tried to regain control of the ball. It gave Killie a free-kick in a decent position but Armstrong put it miles over. Saints were given a free-kick of their own a bit further out but that didn't deter Mark O'Hara, however the Saints skipper's effort was easily dealt with by Hemming.

Declan Gallagher's header from a corner skimmed the side netting before Killie sub Christian Doidge headed wide as injury time began. There was to be no repeat of the late drama last time Saints were at home, the two sides having to settle for a point.