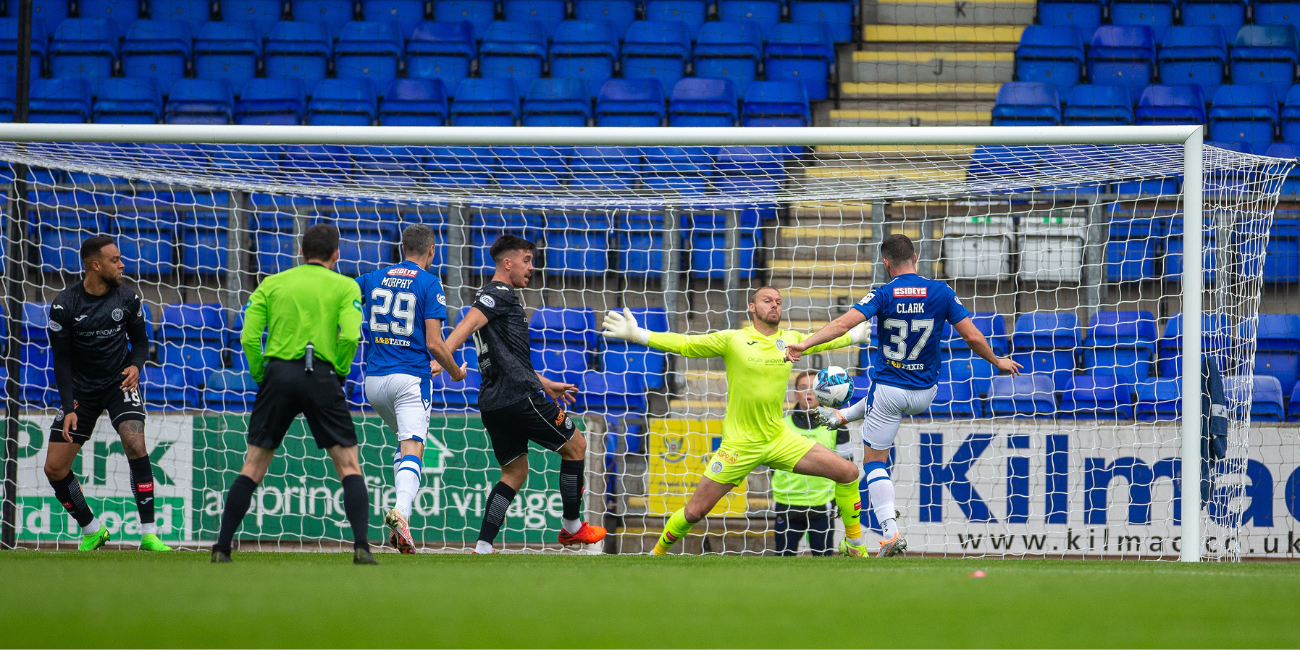 St Mirren's winning run came to an end as the the Buddies lost 3-0 at St Johnstone.

Nicky Clark scored in the first-half to give the Perth Saints the initiative before goals from Drey Wright and Graham Carey secured the points for the home side.

Stephen Robinson had went with the same starting eleven that had defeated Hibernian and Dundee United, with Scott Tanser returning to the bench after injury.

A scrappy opening period saw little opportunities though Jonah Ayunga knocked just wide after getting on to a Curtis Main cross on 15 minutes.

St Johnstone were seeing more of the ball in opening exchanges minutes and took advantage on 25 minutes with Nicky Clark scoring on his debut for the Perth side. The ball fell to the forward at the back post and he made no mistake from just a few yards out to put the home side ahead.

Saints almost had a big opportunity to draw level when Ayunga found Main in plenty of space but the touch was heavy which allowed Alex Mitchell to recover and clear the danger.

St Mirren were looking more lively early in second 45 but didn't create anything clear cut which prompted the manager to make a triple substitution just before the hour mark. Scott Tanser, Jay Henderson and Eamonn Brophy replaced Richard Tait, Ryan Strain and Curtis Main. But within a minute of the changes Melker Hallberg went close to doubling the home side's advantage when he curled inches over from 20 yards.

St Johnstone would make it two on 66 minutes when Adam Montgomery got to the byline and cut-back for Drey Wright who slammed into the net from close-range.

St Mirren could have pulled one back with 16 minutes remaining when the ball fell kindly to Declan Gallagher at the back post, but the defender didn't catch it properly and dragged wide. Two minutes later Saints were agonisingly close to reducing the deficit when Tanser headed off the bar before Ayunga hit the post on the follow-up.

The Buddies were committing bodies forward in the hope of finding a way back into the game, but those hopes were extinguished when St Johnstone put the seal on the victory with just four minutes of normal time remaining. Marcus Fraser was penalised for a challenge on Connor McLennan in the penalty box and ex-Saint Graham Carey slammed home from 12 yards to give the Perth side a 3-0 win at McDiarmid Park.