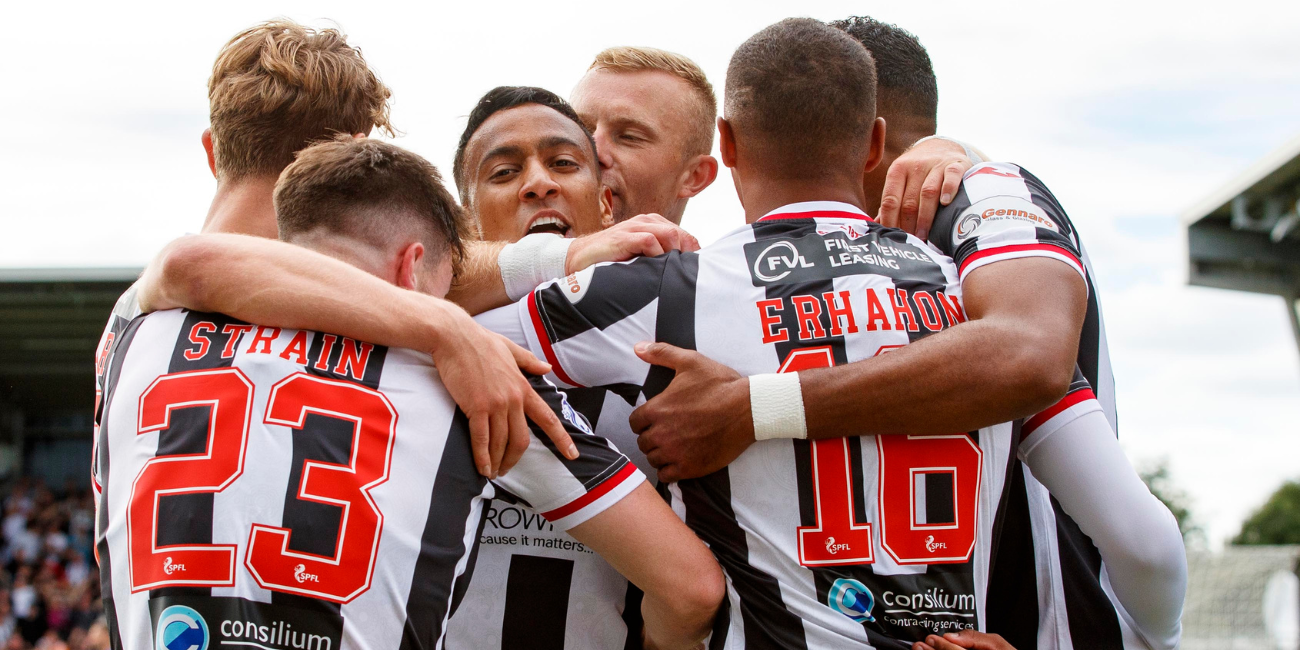 Baccus first goal makes it three for three for Saints

Saints made it three wins on the spin as a goal from a land down under proved enough to see off Hibs in Paisley.

Anyone who was late missed the decisive moment as the only goal arrived within six minutes. Ryan Strain showed great ability to find himself acres of space and he made full use of it, delivering a wonderful cross for fellow Aussie Keanu Baccus to slot home from close range.

While Hibs had a few chances – Elie Youan missing the best of them - it could have been a far more comfortable victory as Saints squandered some late opportunities – Eamonn Brophy hitting the post before firing over while Baccus was inches away from getting his second in the final minute.

Unsurprisingly, Saints boss Stephen Robinson stuck with the same side that had thumped Dundee United a week earlier, meaning the returning Alex Gogic had to make do with a place on the bench. One-time Buddie Jake Doyle-Hayes started for the visitors, whose attack was spearheaded by Christian Doidge.

Hibs may have started brightly but it was Saints who showed early cutting edge, scoring with their very first attack. Strain's cross from the right was just begging for someone to run onto it and smash it home and Baccus duly obliged, side-footing away his first goal since arriving in Paisley in the summer.

Chances were few and far between despite both sides being more than willing to get both the ball and bodies forward, Chris Cadden sending a header miles wide of the Saints goal the pick of a rather poor crop. A fine touch allowed Curtis Main to bring the ball down in a decent position but his shot was always going well wide.

The same couldn't be said for Doidge's glancing header, the striker looking to have sent Ryan Porteous' cross into the bottom corner only for the ball to flash past the post. Mark O'Hara went even closer at the other end, arriving unmarked to meet Marcus Fraser's cross but the Saints skipper's header was parried away by David Marshall. There were scares in the Saints defence just before the break, Carson just getting to the ball before Doidge after Charles Dunne was short with a pass before Elie Youan fired into the side netting moments later.

Hibs should have been level moments after hostilities resumed. The home defence couldn't stop a cross making its way to the unmarked Youan at the back post but he failed to make a clean connection and the ball trickled agonisingly across goal, the Hibs fans in the stand unable to suck it over the line. The chance still gave the visitors a lift, Carson doing well to turn behind Joe Newell's low drive before Richard Tait blocked a shot from Cadden.

Main headed over from Erhahon's free-kick before Cadden got the better of both Tait and O'Hara to send in a teasing ball that was just beyond the outstretched toe of Doidge. Jonah Ayunga's last involvement before being replaced by Brophy was to deliver a great cross that Main fired inches wide. It looked like the striker's first involvement had doubled Saints' lead as great work by Main got Brophy in behind the visiting defence, only for his shot to beat Marshall but not the woodwork as it hit the far post, rolled along the line and into the arms of the grateful Hibs keeper.

As Hibs pushed for an equaliser, Saints were being reduced to threatening on the counter attack. Dunne broke forward from defence and then sent Baccus away but this time he shot over from the edge of the box. He went closer a few minutes later when his shot was deflected wide after Hibs failed to clear their lines.

Gogic was handed his return when he replaced Ethan Erhahon and headed a late corner well wide before Brophy should have wrapped things up in stoppage time, robbing the dithering Porteous on the touchline and charging towards goal before blazing a shot well over. An even better chance arrived right at the death when Brophy played in Baccus, the midfielder having the whole goal to aim at but he shot narrowly wide. Thankfully, it proved to be the last kick of the game as Saints picked up both a third successive win and clean sheet.