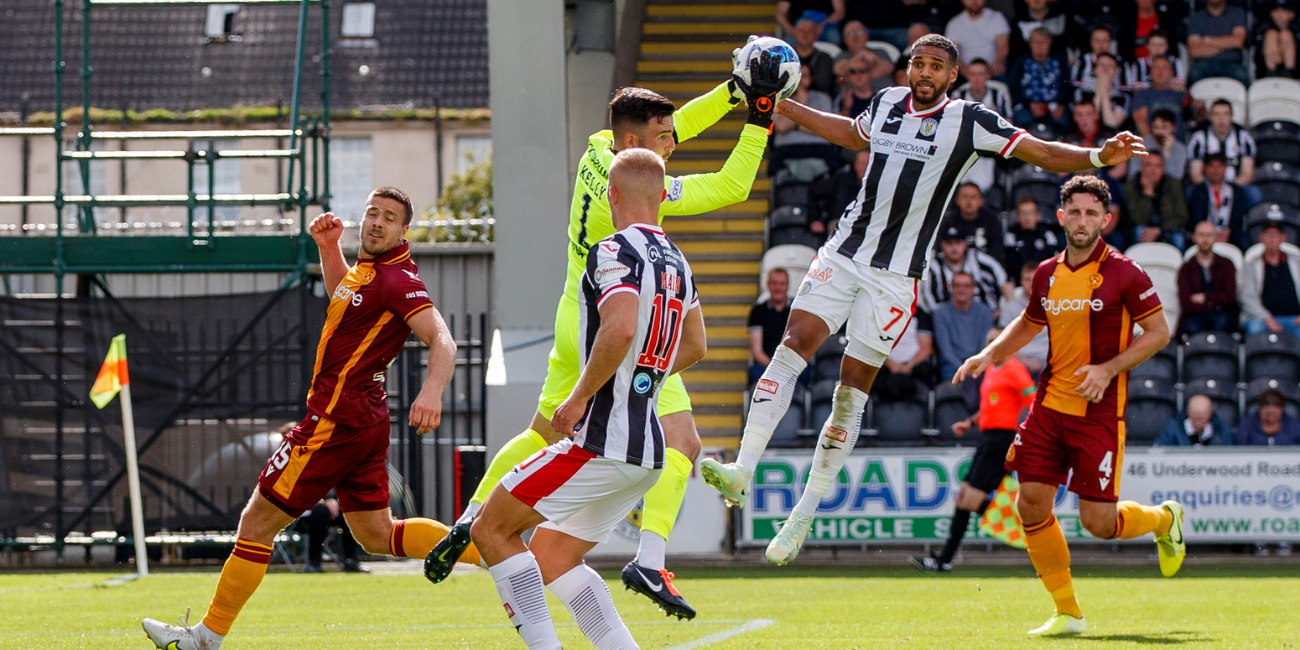 Saints somehow ended their cinch Premiership opener with no goals and no points to show for their efforts against Motherwell.

A large part of the lack of goals was down to visiting goalie Liam Kelly. He made a tremendous one-handed save to deny Jonah Ayunga in the first half, then produced one almost as good in the second to keep out Curtis Main. Ayunga, Main and Ryan Strain also had chances but Saints just couldn't find a way through – even when they were handed a man advantage late on after Ricki Lamie was sent off for a shocking tackle.

The lack of points was down to a moment just before half-time. Blair Spittal launched a shot towards goal that thumped into Scott Tanser, who was deemed to have used his hands. Kevin van Veen scored what proved to be the game's only goal from the spot.

It was a cagey start from both teams, Saints skipper Joe Shaughnessy volleying over from a Keanu Baccus throw before Motherwell's Sean Goss strode forward from midfield only to drag his long range effort well wide. With barely a quarter of an hour gone Motherwell were forced into a change when Paul McGinn came off worse in a challenge with Mark O'Hara and had to be replaced by Stephen O'Donnell. O'Hara continued – after a change of shirt until half-time, when he was replaced by Ryan Flynn.

There had been little of note to get excited about but that was about to change as Saints went hunting an opener. A tremendous ball over the top from Baccus saw Jonah Ayunga get in between Ricki Lamie and Sondre Solhom Johansen and through on goal, but after taking a touch with his head to get the ball under control he then blazed it well over the bar. The pressure continued and moments later Ryan Strain shot over from close range after being teed up by O'Hara.

If those wasted chances were down to poor finishing, it was incredible goalkeeping that denied the Buddies next. Strain delivered an inviting cross to the back post and Ayunga powerfully headed it towards goal only for Liam Kelly to produce a tremendous one-handed save to keep it out before then managing to stop Alex Greive forcing it home. 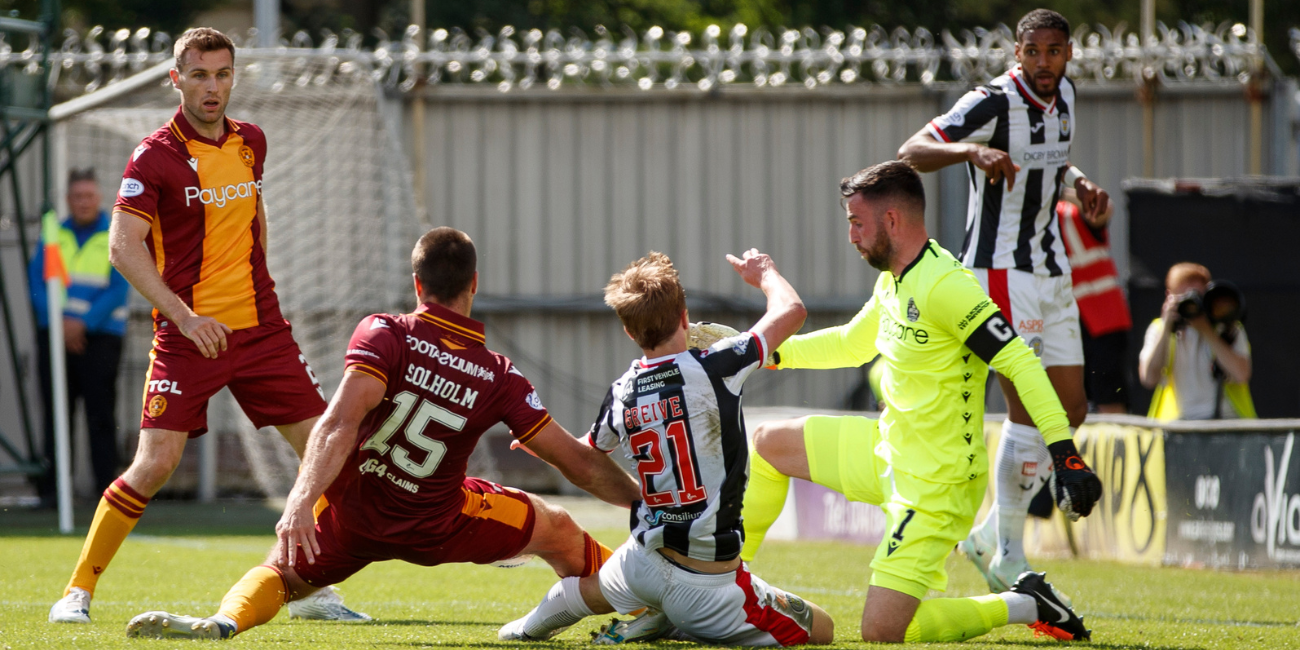 The fact Saints should have been ahead made what happened a few minutes before the break even more painful. A Motherwell corner was headed out as far as Spittal, who thumped it towards goal. Scott Tanser blocked it – and ref John Beaton decided he had handled it, wasting no time in pointing to the spot. The incensed defender was booked before Kevin van Veen sent Trevor Carson the wrong way from a spot to put Motherwell into the lead at the break.

It proved to be Tanser's last involvement of note as early in the second half he suffered a muscle injury and had to be replaced by Richard Tait. Saints had made a positive start to the second half and had another decent chance when Tait's was was diverted to Strain but he fired over. At the other end Goss curled one over from long range before tumbling to the ground rather easily inside the box and was deservedly booked.

The hardworking Greive was replaced by Curtis Main and he almost turned provider against his old club, delivering an inviting cross that Baccus headed straight at Kelly. It was Main's turn to get onto the end of a cross next time, heading wide from Strain's delivery, before only the attentions of Declan Gallagher stopped 'Well sub Joseph Efford from doubling his side's lead and surely putting the game out of sight.

Instead, Saints should have been level moments later when Main headed Tait's cross towards the bottom corner only for Kelly to produce his second tremendous save of the afternoon and keep his side in front. Ayunga had a shot deflected narrowly wide as Saints continued to push.

It had been an exciting afternoon but things got really explosive 10 minutes from the end. Lamie went through the back of Baccus just outside the Motherwell box and was shown a straight red, with Ayunga and Barry Maguire both being booked for their involvement in the scuffle that followed. The free-kick was in a good position and Main hit the target but Kelly was able to palm it away. An Ayunga header a couple of minutes from time was easier to deal with and the visitors comfortably saw their way through five minutes of stoppage time - despite being a man down – to take all three points.