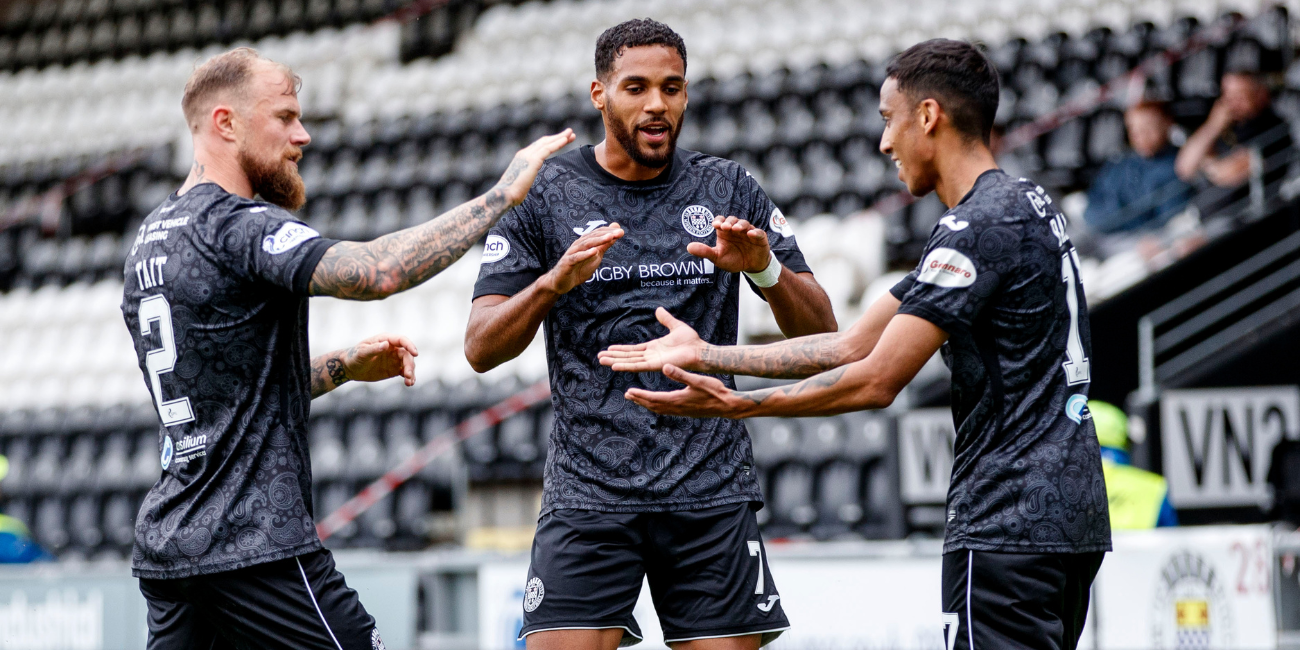 St Mirren closed off their Premier Sports Cup campaign with a comfortable victory over FC Edinburgh.

First-half goals from Mark O'Hara and Jonah Ayunga had Saints 2-0 ahead at the break. Ayunga grabbed his second as he made it three less than a minute after the restart. Danny Handling pulled one back for the visitors, but there was no danger of the Buddies surrendering the lead in the final Group E game.

Keanu Baccus was given his St Mirren debut in place of the suspended Greg Kiltie, while Richard Tait, Joe Shaughnessy and Ryan Strain came in for Marcus Fraser, Scott Tanser and Toyosi Olusanya.

It took Saints just eight minutes to hit the front when O'Hara netted from the penalty spot. Ayunga was fouled by Robbie McIntyre and O'Hara sent the goalkeeper the wrong way from 12 yards to give Saints an early lead. 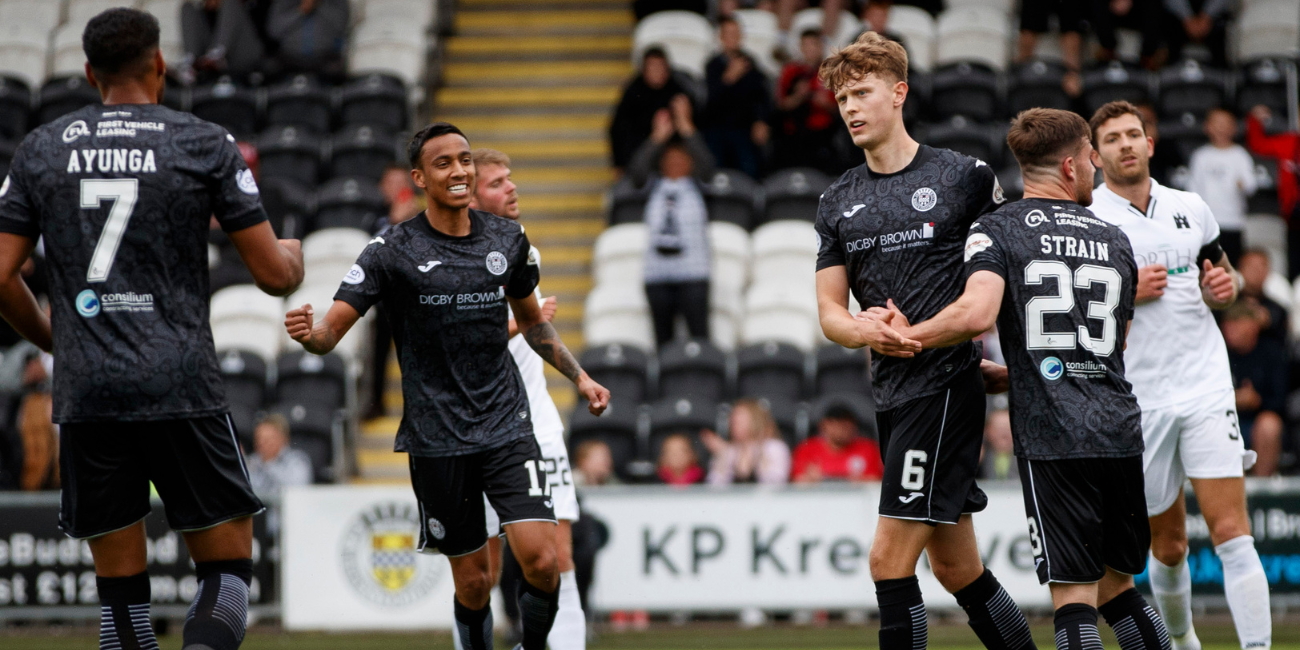 The Buddies had an appeal for another penalty just two minutes later when Baccus went down in a similar area to Ayunga but the referee said no on that occasion.

Ayunga had the ball in the net on 16 minutes when he brilliantly met a cross from the right but his header was ruled out by the offside flag. The forward wouldn't be denied nine minutes later though as he doubled St Mirren's lead. A lovely through pass from Ethan Erhahon found Baccus charging into the box and the Australian picked out Ayunga with a low pass across the face of goal. The Saints striker knocked beyond FC Edinburgh goalkeeper Sam Ramsbottom to score his third goal for the Buddies.

Ayunga - who netted a double last weekend against Cowdenbeath - almost got his second on 32 minutes, but was denied by a strong hand from Ramsbottom who was at full-stretch to turn the forward's strike from 20 yards wide.

Australian midfielder Baccus was impressing in his first Saints appearance and he nearly grabbed a debut goal on 35 minutes after driving into the box before clipping just by the post.

The visitors tested Peter Urminsky late in the half with the Slovakian goalkeeper down well to hold Innes Murray's close-range effort.

Saints made the perfect start to the second 45 as Ayunga scored his second just 46 seconds after the restart. The striker headed Tait's cross from the left and while Ramsbottom got a hand to it he couldn't keep it out the net.

FC Edinburgh pulled a goal back when a long pass from Kieran MacDonald picked out Handling who had managed to get clear of the Saints defence before finishing from 20 yards.

Stephen Robinson was able to give St Mirren Youth Academy graduate Fraser Taylor his first-team debut as he replaced Baccus. And the 19-year-old midfielder looked to make an immediate impact when he arrived late in the box to meet am Alex Greive cross on 75 minutes, but he headed over. Taylor was unlucky again six minutes later after brilliantly bringing the ball down his chest with his volley blocked by the FC Edinburgh defence.

Callum Crane should have added a second for FC Edinburgh on 82 minutes when he blasted high over the bar from inside the Saints box.

Saints had a number of opportunities to add a fourth in the final minutes of Greive was denied his first goal of the season when Ramsbottom made a good block with his legs from the New Zealand striker's shot, before the goalkeeper pushed away a Tait volley from 25 yards. Taylor then almost scored from the resulting corner as the ball in came off the far post.

It was a good workout for the Buddies ahead of the cinch Premiership opener against Motherwell at the SMiSA Stadium next weekend. 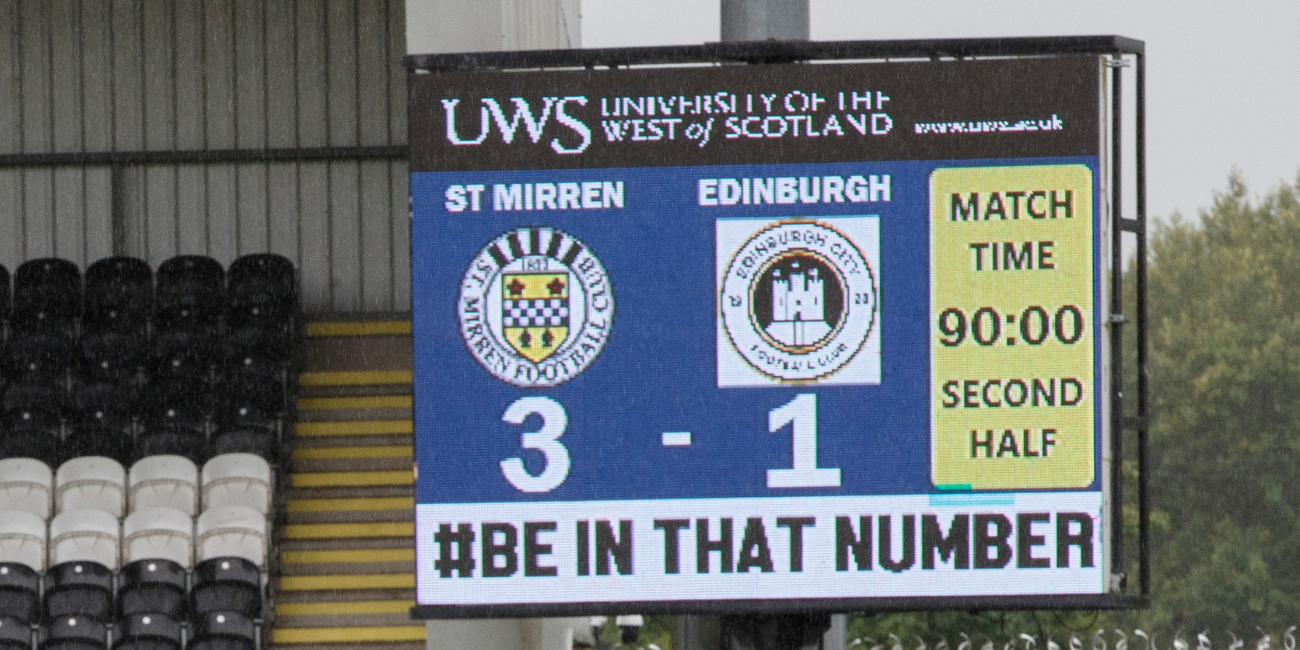