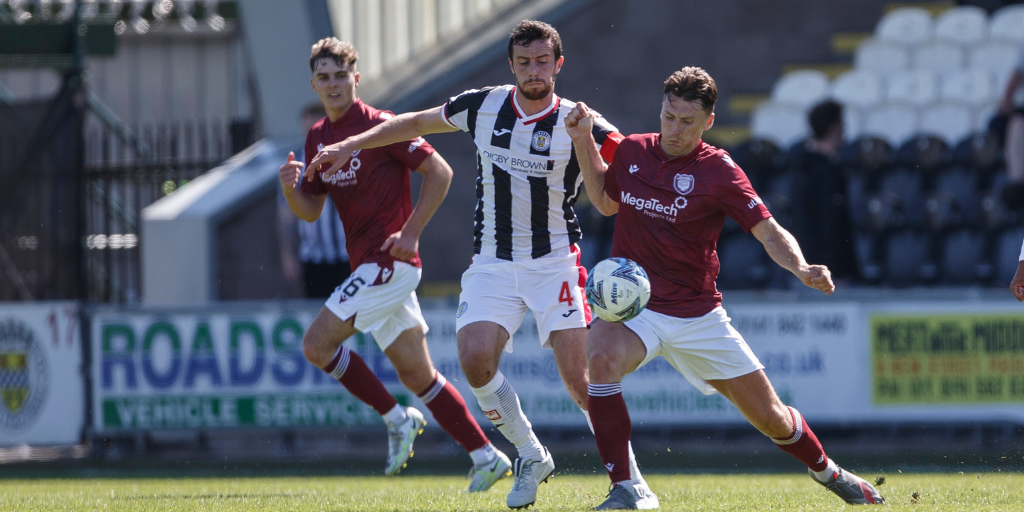 St Mirren were beaten by a last-minute goal in the opening Premier Sports Cup match against Arbroath.

Saints had plenty of opportunities in the first competitive game of the new season but couldn't find a route to goal and deep into injury time Arbroath substitution Dylan Paterson netted the winner for the visitors.

The Buddies almost got off to the perfect just with just three minutes of the clock when Alex Greive met Marcus Fraser's cross from the right but nodded just wide of the right-hand post. The New Zealand international came close again on 18 minutes - this time getting his head on the end of a Scott Tanser ball from the left. Greive rose above his marker but glanced the effort wide.

Greg Kiltie had the ball in the net four minutes later but it came after referee Kevin Clancy had blown for a foul by Ayunga on Arbroath goalkeeper Derek Gaston.

The visitors came closest to breaking the deadlock in the final minute of the first-half when Scott Stewart cracked the post from 20 yards.

The manager reacted to the goalless first-half by bringing on St Mirren Youth Academy graduate Jay Henderson coming on for Olusanya. And Saints dominated the early second-half proceedings with Greive, Henderson and Joe Shaughnessy all having big opportunities to put the Buddies ahead within the first 10 minutes of the restart.

Greive fired over from close-range after bringing the ball down well on his chest two minutes into the second 45, while Henderson clipped inches over the bar on 52 minutes as he looked to have an immediate impact. Saints skipper Shaughnessy came the closest a minute later when he crashed a header off the bar.

Gallagher almost opened the scoring on his debut when he rose the highest to meet a corner on the hour mark, but his effort was headed off the line.

Kieran Offord was introduced to the action on 76 minutes and his brilliant run fashioned a good chance for O'Hara five minutes later. The Saints youth academy graduate beat a few Arbroath players as he drifted in from the left before teeing the ball up for O'Hara who struck wide.

It seemed as though the game would head to penalties for a bonus point, but in injury time Paterson nipped in at the back post to score for the visitors and give them the victory.