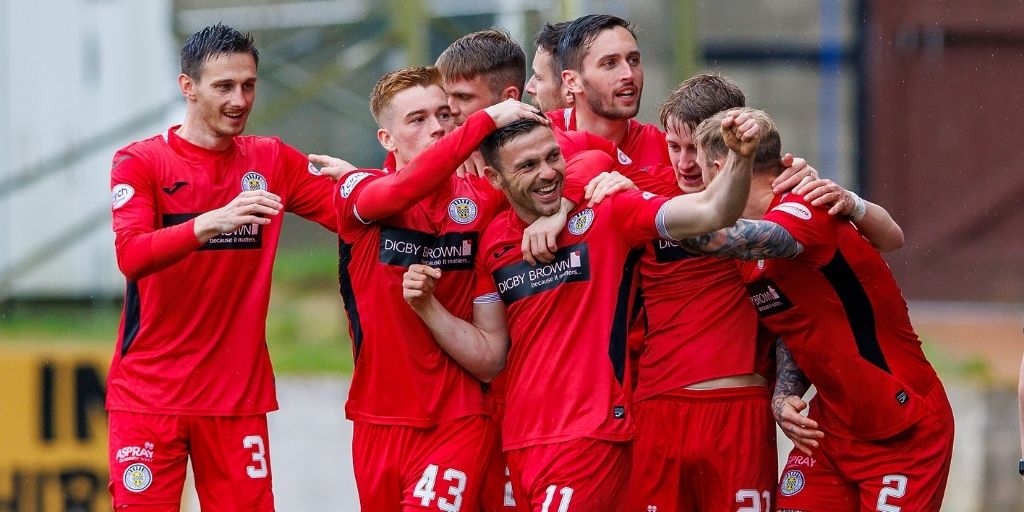 St Mirren picked up an important three points after winning at McDiarmid Park for the first time since 2014.

Greg Kiltie's second-half goal was enough to give the Paisley Saints a 1-0 win and move Stephen Robinson's side eight points clear of St Johnstone in the cinch Premiership.

The manager made three changes from the side that lost to Hibernian last weekend with Alex Gogic, Kiltie and Alex Greive coming in for Alan Power, Ethan Erhahon and Eamonn Brophy.

The Buddies almost got off to the perfect start with just 30 seconds on the clock. Greive darted beyond two St Johnstone defenders as he burst into the box and forced a big save from Zander Clark who got a strong hand to the New Zealand forward's strike.

It was a positive opening from Stephen Robinson's side with Greg Kiltie seeing an effort blocked on five minutes before Alex Gogic's long-range hit whistled inches by the post with Clark at full stretch.

After a bright start the hosts began to see more of the ball and they had their first good chance of the game on 22 minutes. A blocked Callum Booth effort fell to Callum Hendry who twisted and turned by two St Mirren defenders to get his shot away but dragged wide from a good area.

St Mirren got the winner less than 10 minutes into the second-half when Kiltie scored his fifth goal of the season. The midfielder was in the right place to meet a Greive cut-back and he scooped into the far corner of the net to put Saints ahead. 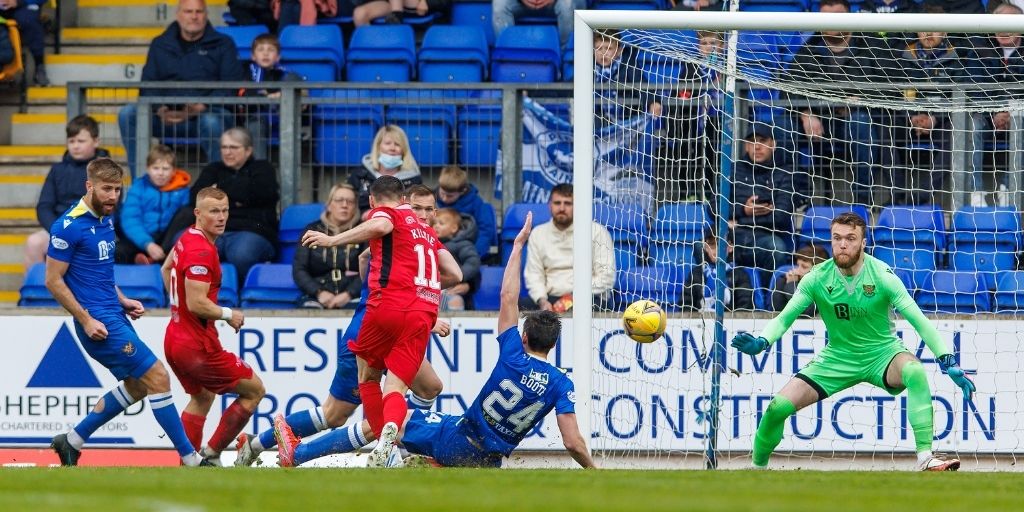 Greg Kiltie scores the winner for the Saints

The Buddies never really looked threatened throughout the contest with the home side having no shots on target in the 90 minutes.

And while the focus is on finishing as high as possible in the league, today's win almost ensures St Mirren's status in the cinch Premiership next season with an eight point gap on the relegation play-off spot and only nine points still to play for.