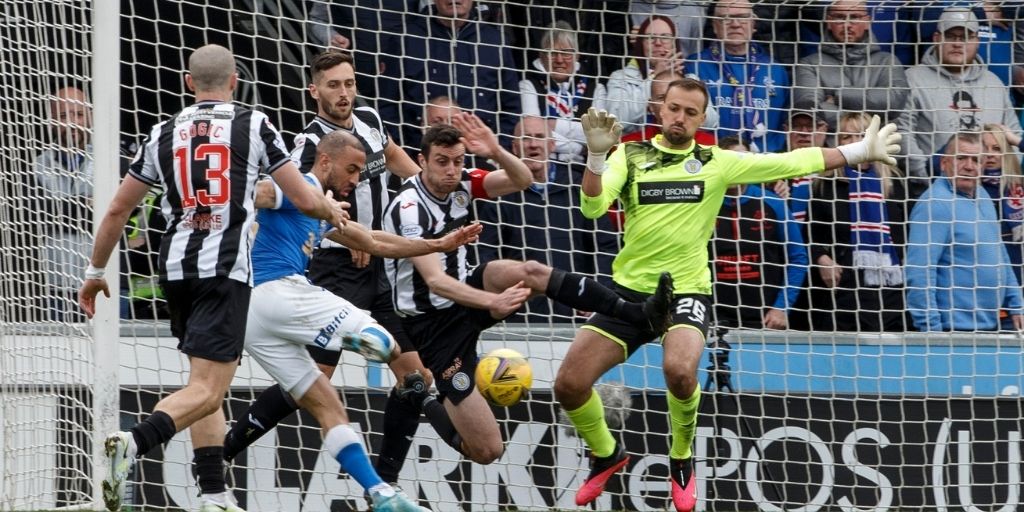 Tough afternoon for the Buddies

St Mirren suffered a disappointing loss as Rangers ran out 4-0 winners at the SMiSA Stadium.

Kemar Roofe scored a hat-trick for the visitors before Joe Aribo curled home a really good finish from 20 yards on a day to forget for Saints.

With yesterday's results meaning top six was no longer a possibility for the Buddies, focus turned to aiming to finish the best of bottom six and Stephen Robinson made two changes from the side that lost at Motherwell last week with Charles Dunne and Alex Gogic coming in for Conor McCarthy and Ethan Erhahon.

But Saints got off to the worst possible start when Roofe put the visitors in front after just two minutes. The Rangers forward met a Ryan Kent cross from the right and headed into the far corner leaving Dean Lyness with no chance.

The Buddies reacted well though and were playing some decent stuff as the first-half progress though they couldn't create anything to break down the Rangers defence.

It looked like the Saints would head into the break still very much in the match, but the manager's half-time team talk would have to change when Rangers doubled their advantage right at the end of the first-half when Roofe headed home his second of the afternoon. It was almost a carbon copy of his opening goal with the striker unchallenged as he nodded into the corner of the net and came just moments after Aaron Ramsey had cracked the bar for the visitors.

An uphill task would be made even more difficult just five minutes into the second-half when Roofe completed his hat-trick. Fashion Sakala was able to waltz through the Saints defence via the aid of a one-two with Aribo and Roofe was the quickest to react to the break of the ball - slamming home from inside the six yard box.

Alex Gogic almost pulled one back straight after Rangers' third with the Cypriot midfielder almost catching out goalkeeper Allan McGregor, but the veteran stopper managed to get down to claw away. 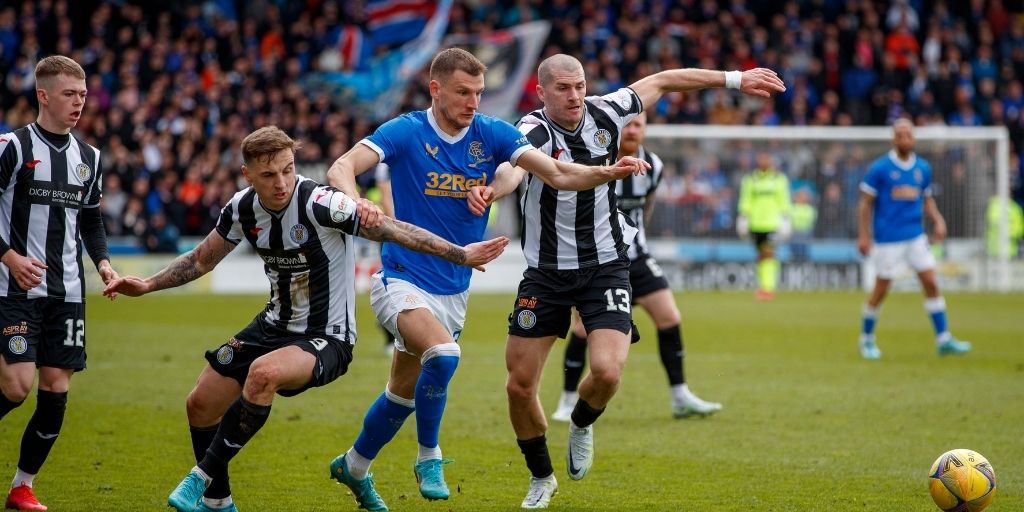 In truth though it was Rangers who were looking the more likely to add to their lead and substitute Amad Diallo should have punished a Saints error with 20 minutes remaining. McCarthy slipped on the halfway line under pressure from Aribo who slid the ball through to Sakala. The Zambian forward burst forward and found Manchester United loanee Diallo who somehow put wide.

Rangers would add a fourth with less than 15 minutes remaining. There was nothing Lyness could do to keep it out as Aribo curled into top corner from 20 yards.

Alex Greive forced a brilliant save from McGregor in the dying embers as Saints looked for a consolation, but it would be a day to forget for the Buddies.