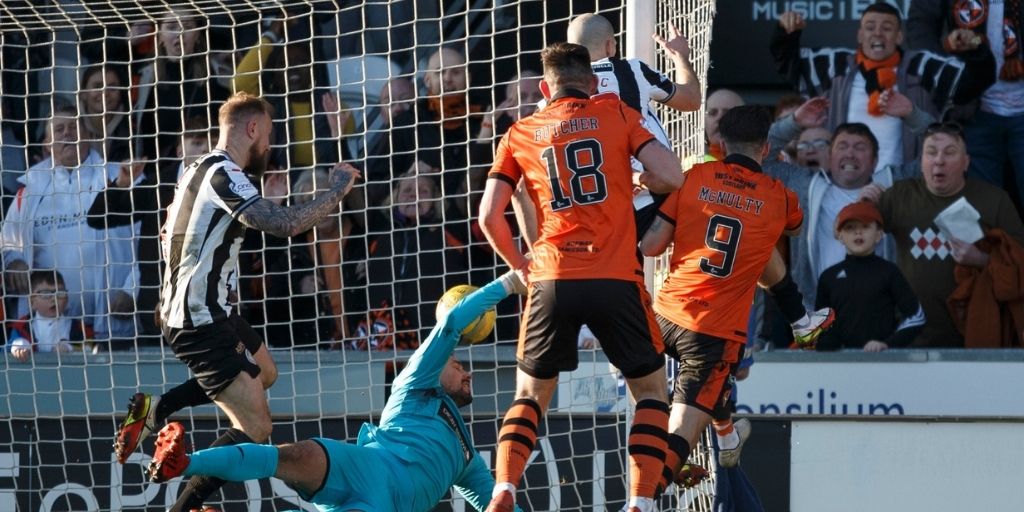 Saints, the city of Dundee and late drama. It seems to be a thing lately.

It looked as if Buddies legend Tony Fitzpatrick would have a happy ending in his final game before retirement as youngster Jay Henderson scored a screamer after just three minutes.

However, after the break United looked a completely different side and should have been level well before Dylan Levitt's tremendous equaliser.

It looked as if the game would peter out in a draw but with a couple of minutes left Saints goalie Jak Alnwick charged from his goal, clattered Tony Watt and was sent off. Dean Lyness came on and had little to do – until the final seconds of stoppage time when United hit the woodwork for a third time and Marc McNulty nodded home to spark jubilant scenes behind the goal.

Henderson was back in the team due to an injury to Jordan Jones with Marcus Fraser replacing Scott Tanser in the Saints defence. Tony Watt and Charlie Mulgrew returned for the visitors, with one time Saints loan star Liam Smith starting in defence.

It took Henderson all of three minutes to make his presence felt. The young winger picked up the ball from Connor Ronan in the middle of the park and charged towards the edge of the United area before unleashing an unstoppable shot past Benji Siegrist to give the Buddies the lead. 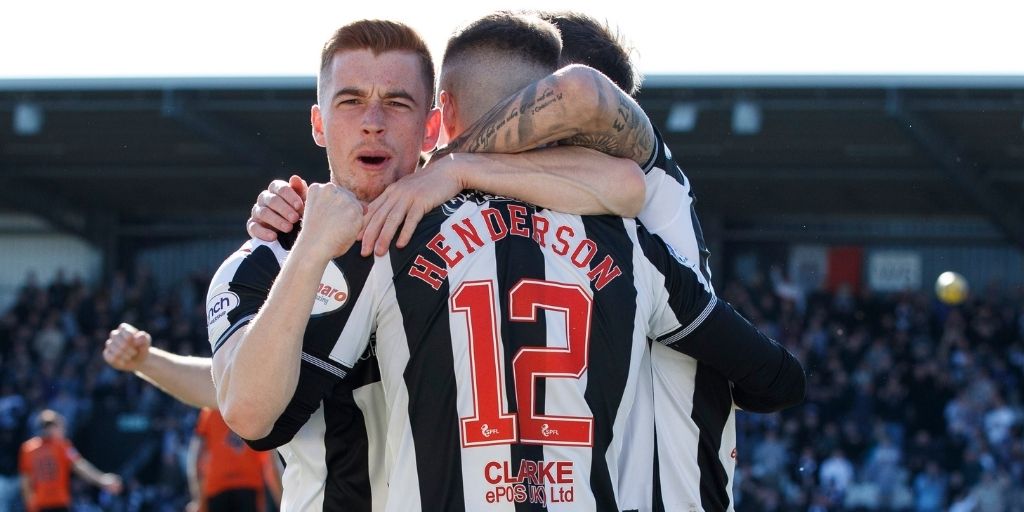 Connor Ronan celebrates with Jay Henderson after the latter had given us the lead (Image: Allan Picken)

Despite enjoying plenty of the ball it took United a fair amount of time to muster up some sort of response, Calum Butcher blasting an ambitious shot miles over midway through the half. A few moments later Marc McNulty dragged a shot across goal after being played in by Miller Thomson, before Jak Alnwick had to rush from his line to block a shot from Ilmari Niskanen.

Saints hadn't really threatened since scoring but Eamonn Brophy almost doubled the lead when his shot from the edge of the box was deflected wide. When Henderson whipped the corner in, Fraser headed it across for Charles Dunne but he hooked it over. United had a half-hearted penalty shout turned down when they claimed a Ryan Edwards header had been blocked by a Saints defender's arm before the Buddies forced a series of corners as they looked to double their lead. Siegrist almost punched one into his own net, while at another Dunne threatened with a header that was eventually nodded behind by Edwards.

United introduced Nicky Clark and Ross Graham at the break and they looked a totally different outfit, Edwards heading over from a corner just the start of their push for an equaliser. Saints had a huge let off when the home defence failed to cut out a cross that made it all the way through to the unmarked McNulty, but Richard Tait was in the right place to head the forward's shot off the line. The Buddies immediately pushed up field but Greg Kiltie opted to shoot from range and his effort was well off target.

Clark's decision to have a go from 25 yards moments later looked similarly optimistic but the striker was desperately unlucky to see his shot thump off the bar with Alnwick beaten. Soon after United finally did get the better of the Saints keeper, Dylan Levitt playing a one-two off an unwitting defender before firing a tremendous shot beyond the reach of Alnwick into the far corner to level things up.

United weren't done there and when Alnwick failed to connect properly with a corner, Edwards hooked the ball towards goal only to see it rattle the bar. In a bid to stem the tide, Saints boss Stephen Robinson made a double change of his own, Conor McCarthy and Alex Greive replacing Henderson and Kiltie. The subs did ease the pressure on the home defence before another double change came with Curtis Main and Ethan Erhahon replacing Brophy and Alan Power.

McCarthy almost made an impact at the other end as he sent a shot wide from long range but that just paved the way for some late drama. As Watt raced in on goal, Alnwick came out of his box and clattered the United striker, ref Nick Walsh sending the goalie off and Lyness replaced Greive for the four minutes of stoppage time. To the relief of the majority of the 5,710 crowd, Charlie Mulgrew rattled his free-kick into the wall and his attempt from the rebound trundled well wide. 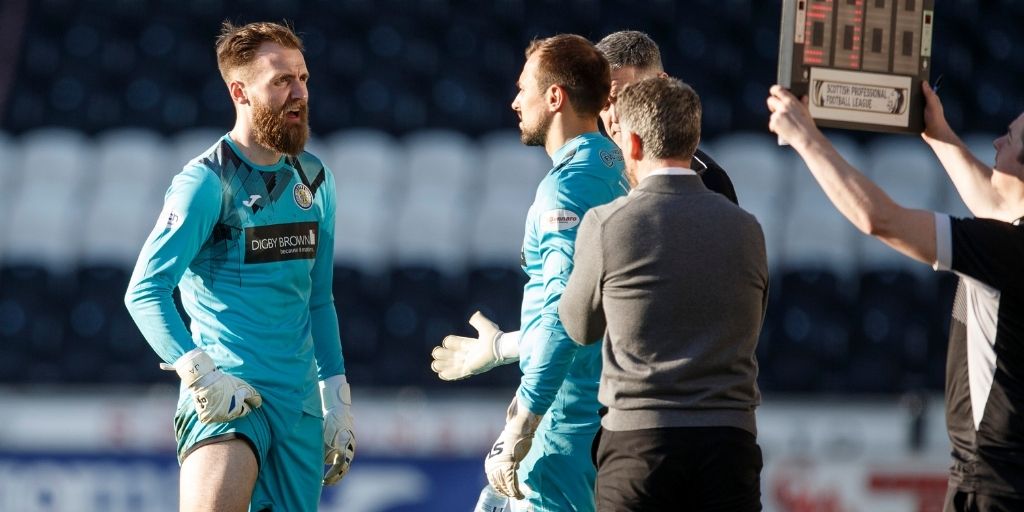 And that seemed to be that – until deep into stoppage time United launched one last attack. A stramash ensued, the ball hit the bar and dropped kindly for McNulty to head into the net and give the visitors all three points.