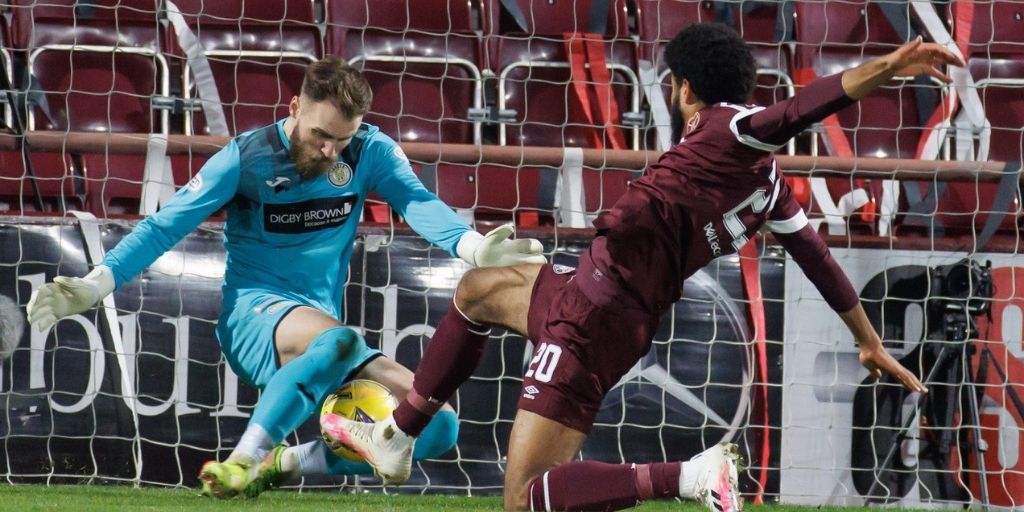 St Mirren exited the Scottish Cup at the quarter-final stage following a battling 4-2 defeat at Tynecastle.

The Buddies battled from 2-0 down to go level with Eamonn Brophy and Connor Ronan netting. But Hearts substitute Aaron McEneff scored within 30 seconds of coming off the bench before setting up Ellis Simms in the final few minutes to see the Saints exit at the last eight.

A noisy travelling support of around 1500 had travelled through to Gorgie to back the Buddies and Stephen Robinson made one change to the side that defeated Dundee on Wednesday night with the returning Jak Alnwick back in place of Dean Lyness.

Brophy had the first opportunity of an action packed quarter-final, driving into the arms of Hearts goalkeeper Craig Gordon on seven minutes. Less than sixty seconds later Alnwick was forced into his first save as he got two strong hands on a Barrie McKay strike from the edge of the area.

McKay was instrumental in the Hearts opener. The winger drove in from the left and played a perfect ball for Ellis Simms. The forward struggled to get the ball out of his feet with Alnwick blocking, but the Baningime was quickest to react - knocking into the net to put the hosts ahead.

Hearts doubled their advantage just before the half-hour mark. In fairness to Hearts it was a well worked move which ended when Liam Boyce knocked the ball wide to Ben Woodburn and the forward's first time pass was met by the oncoming Peter Haring who swept home from close-range to make it 2-0.

It was a huge blow to Stephen Robinson's side who had been playing fairly well, but all wasn't lost as Saints pulled one back seven minutes later. Alnwick's long pass was picked up on by Richard Tait. The defender burst forward before playing a wonderful ball into Brophy with the striker knocking beyond Gordon to half the deficit.

After keeping Hearts at bay at the start of the second 45 with Alnwick doing well to turn away a deflected Woodburn strike, St Mirren grew in confidence as they searched for an equaliser. Gordon made two big saves just after the hour mark to deny Jordan Jones and Greg Kiltie.

Saints would drew level on 62 minutes when Connor Ronan added another incredible strike to his collection. The Irishman has made a habit of scoring wonder-goals since joining on loan from Wolves and this could be his best yet after he whipped into the top corner from 25 yards to make it 2-2. 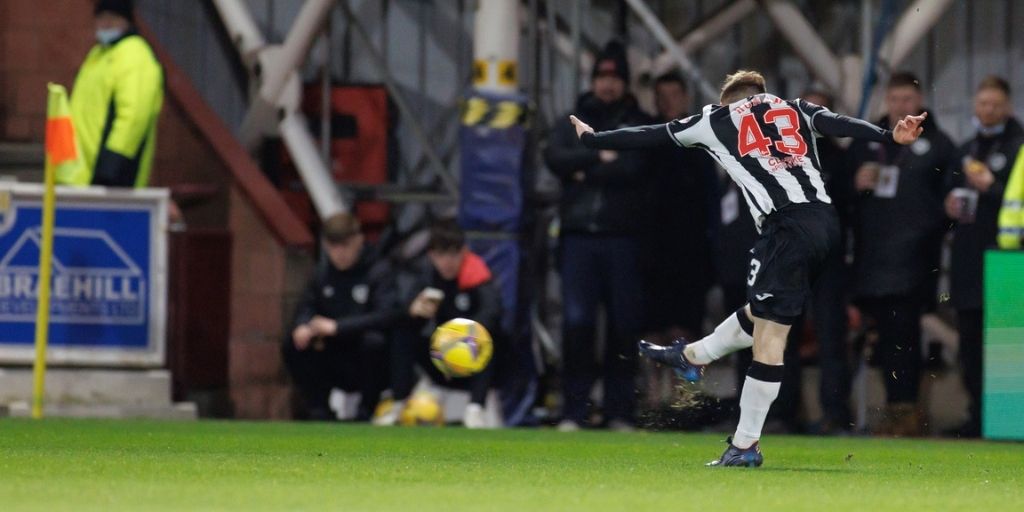 But the home side would go back in front six minutes later when substitute Aaron McEneff diverted a deflection into the net. And Hearts made it four with five minutes remaining when Simms headed a McEneff cross beyond Alnwick to end Saints hope of a trip to Hampden next month.