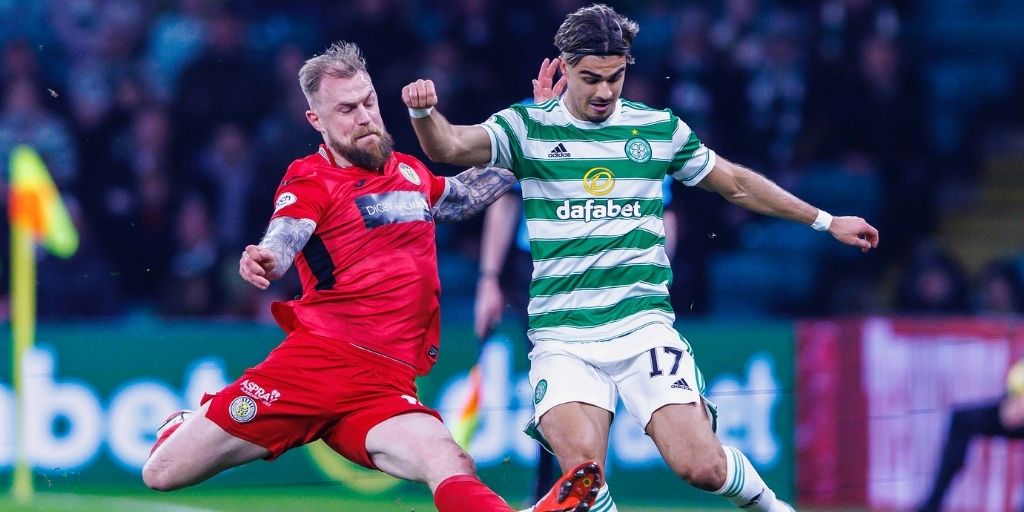 Saints resisted Celtic in the first-half, but goals in the second period from Cameron Carter-Vickers and Callum McGregor saw the Celts inflict just a second defeat for St Mirren in 2022.

Stephen Robinson made three changes from the side that lost to Hearts on Saturday. Out went the suspended Connor Ronan as well as Marcus Fraser and Alex Greive. They were replaced by Conor McCarthy, Scott Tanser and Curtis Main.

Celtic went close to an opener with eight minutes on the clock when Charles Dunne sliced a clearance from a Jota cross. Much to the defender's relief it crashed off the bar with Saints able to deal with the resulting corner. 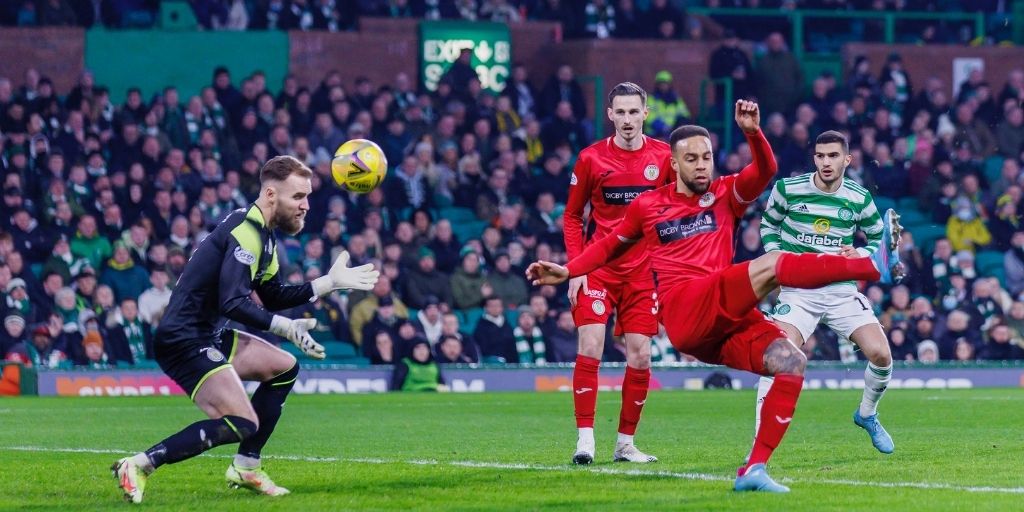 Jak Alnwick had his first save to make on 18 minutes when he made a good reaction stop to push away Liel Abada's side-foot effort from close-range.

Alnwick's counterpart Joe Hart had his first real involvement in the match two minutes later after good play down the right side from the Buddies. Richard Tait's ball in caused problems for the Celtic defence with the loose ball almost falling for Joe Shaughnessy. Former England international Hart just managed to gather the ball ahead of the Saints skipper.

Celtic had the bulk of the possession as was to be expected but couldn't find the breakthrough in the opening 45. Daizen Maeda headed wide on 38 minutes, while Alnwick did well to claw away a Reo Hatate strike from 20 yards.

The home side continued to control the play and took the lead on 55 minutes. A free-kick swung in from the right by Jota wasn't cleared and fell to the feet of Carter-Vickers who slammed home from just a few yards out.

Stephen Robinson made two changes just after the hour mark to try and find a way back into the match with Alex Greive and Eamonn Brophy replacing Curtis Main and Greg Kiltie. 10 minutes later it was Jay Henderson and Marcus Fraser who were introduced in place of Jordan Jones and Scott Tanser.

Greive had looked lively after coming on and played a ball into a good area in the Celtic box with 10 minutes of the game, but there were no takers for Saints. And within 60 seconds of that opening, Celtic secured the three points when McGregor scored their second. The Celtic captain drove the ball across the face of goal into the bottom right corner to ensure victory for the hosts.