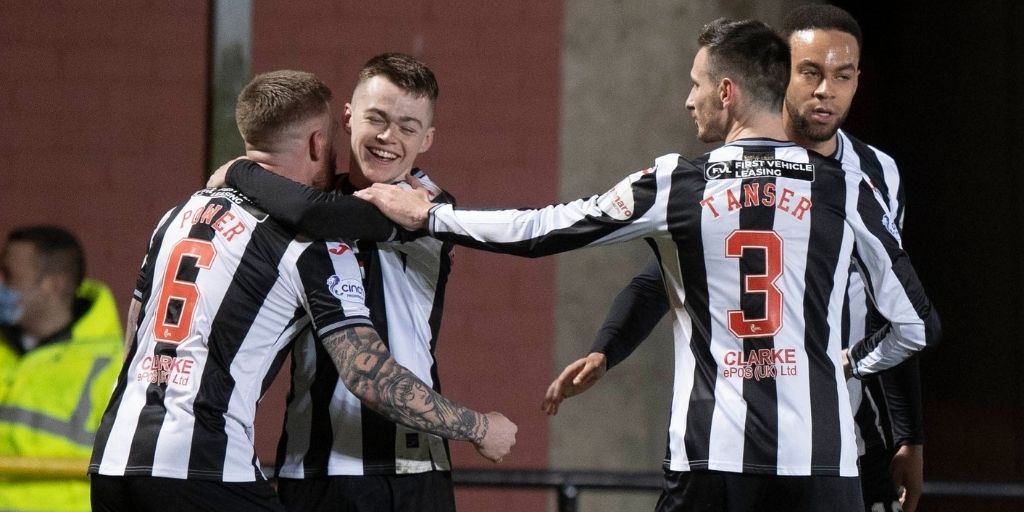 Saints get 2022 off to winning start

St Mirren got 2022 off to a winning start as goals from Jay Henderson and Eamonn Brophy saw Saints defeat Dundee United at Tannadice.

It was a first win in 12 for Jim Goodwin's men as they won for the first time since October.

Saints were dealt an early blow when Kristian Dennis, who was due to start up-front on his own, had to pull out during the warm-up and had to be replaced by Brophy, while Jamie McGrath was left out of the squad.

But the Buddies started brightly with Greg Kiltie having the first real chance of the match on 10 minutes. The 25-year-old shot from distance but saw his strike beaten away by United goalkeeper Benjamin Siegrist who got both his hands behind the effort.

Saints good start was rewarded on 15 minutes when Jay Henderson gave Jim Goodwin's men the lead in spectacular fashion. The St Mirren Academy graduate played a lovely one-two with Kiltie before rifling into the top corner from 20 yards to score his first goal for the Buddies.

It looked like birthday boy Kiltie had doubled Saints lead just five minutes later when he drilled low beyond Siegrist, but a late flag from the linesman denied Kiltie a first St Mirren goal. The midfielder was onside and it can only be assumed that the linesman believed that Brophy - who may have been in an offside position - had blocked the view of the United goalkeeper.

Jak Alnwick showed great reactions with around 10 minutes of the half remaining when he kept Charles Dunne's wayward clearance out of the net. Dylan Levitt's ball across from the right was first met by Charlie Mulgrew before Dunne swiped a foot at it which took it goalward. The Saints goalkeeper threw both hands at it to push away with the Buddies manage to get it clear.

Saints claims for a penalty were denied in the final minute of the first-half when Kiltie went down under a challenge from Jeandro Fuchs with referee Alan Muir unmoved.

After a good opening 45 for the Buddies, it was the home side who started the second-half the stronger of the two. Alnwick was a full stretch early after the restart to push away a Mulgrew free-kick from 25 yards.

Alnwick again did well to deny Mulgrew on 55 minutes when he saved from close-range to keep the Buddies ahead. Saints were given a let-off when United were denied a penalty after the ball appeared to strike the arm of Alan Power in the box.

After handling the United pressure, the Buddies doubled their lead on the hour mark when Brophy scored his sixth goal of the season from close-range. The striker was laid it on a plate when Kiltie rolled the ball across the face of goal for Brophy to knock into the net. 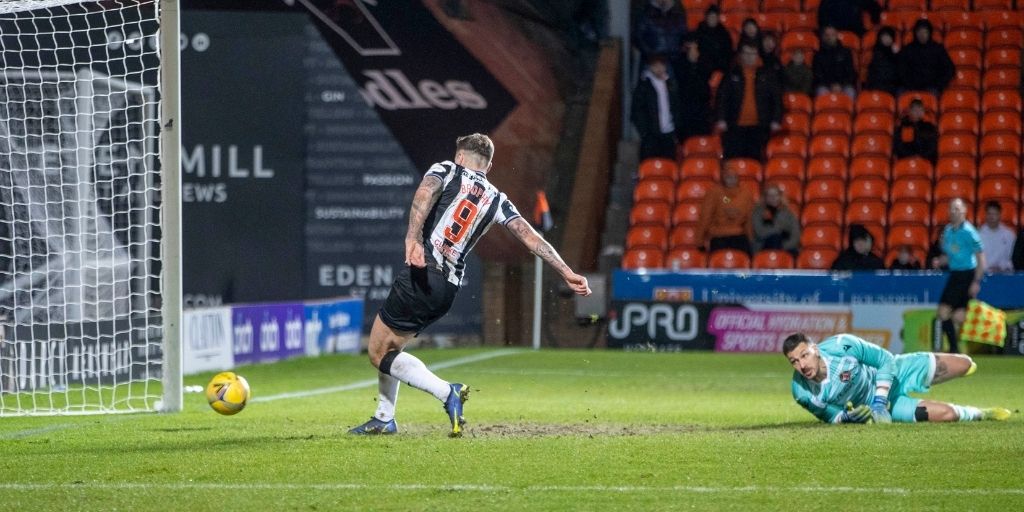 United pulled a goal back on 73 minutes when Power scored an own-goal as he turned substitute Kieran Freeman's low cross beyond Alnwick.

The momentum was with the home side as they searched for an equaliser. Alnwick made a terrific stop all full stretch to turn Freeman's effort away while Mulgrew sent an effort just over from 35 yards out in the closing minutes. But Saints saw it out to ensure all three points head back to Paisley.