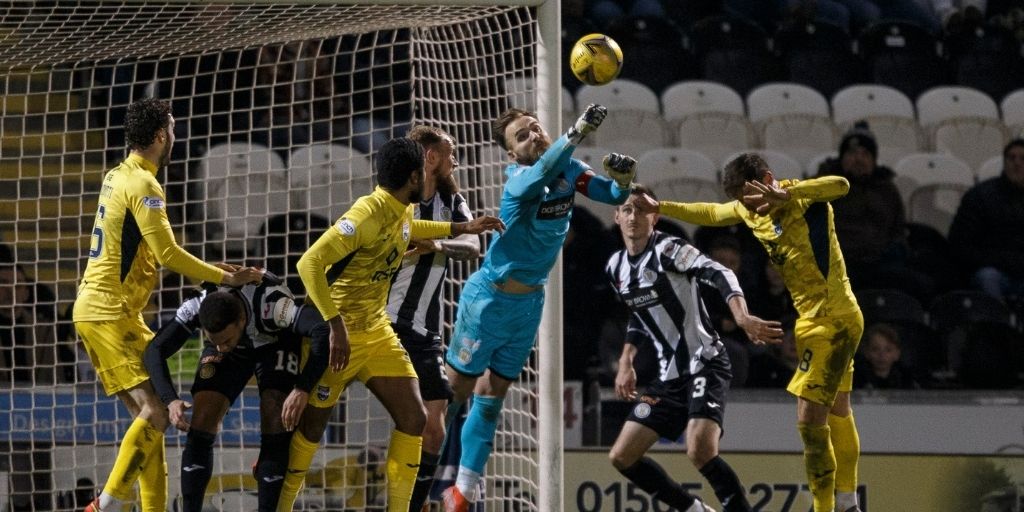 Goalless between Buddies and County

St Mirren and Ross County played out a goalless draw at the SMiSA Stadium.

A frustrating night saw Jim Goodwin's side create plenty of opportunities throughout the 90 minutes but the Buddies couldn't find the goal to take the points.

Saints made two changes from the side that lost at Tynecastle on Saturday. Joe Shaughnessy missed out due to suspension, while Ryan Flynn dropped to the bench. In came Kyle McAllister and Kristian Dennis. Jak Alnwick took the captain's armband in Shaughnessy's absence.

County had the best of the chances in the opening 10 minutes of the match. A Blair Spittal hit from 20 yards deflected off Richard Tait and could have ended up anywhere but thankfully went over. Alnwick then made a brilliant one-handed stop to deny Dominic Samuel the opener on nine minutes. Charles Dunne misjudged the flight of the ball with the County forward racing on to it. He shaped for the shot on the edge of the box with the strike turned round the post by the strong hand of the Saints goalkeeper.

Chances were at a premium in the opening 45 minutes with Eamonn Brophy having the best chance of the first-half for the Buddies. The striker - looking for his first Saints goal at the SMiSA Stadium - latched on to a through ball from Alan Power, but had his goalbound effort blocked by Jake Vokins. It wasn't quite on the goal-line but it wasn't far away from it.

Dennis had two big opportunities early in the second-half. The first, on 52 minutes, saw the English forward head Connor Ronan's cross inches by the right-hand post. Four minutes later the ball fell invitingly for the striker but he couldn't force home from close range.

It was all Saints in the first 20 minutes of the second 45 with Ronan forcing a good save from Maynard-Brewer before the County 'keeper somehow kept out a header that deflected off Dennis. 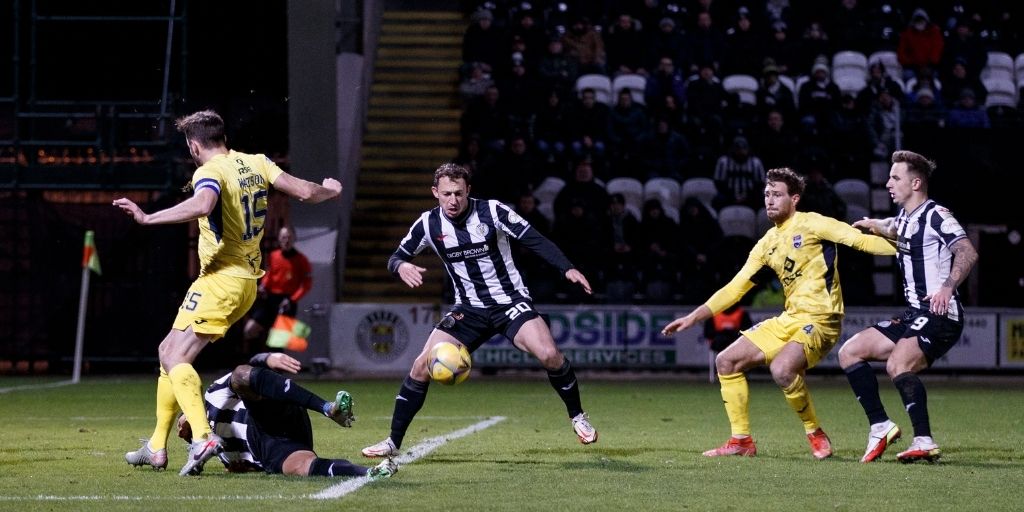 Jim Goodwin reacted by making two changes with Eamonn Brophy and Connor Ronan making way for Curtis Main and Greg Kiltie. And the latter almost made an instant impact with his powerful strike from 20 yards turned over the bar by Maynard-Brewer. Main also had a great opportunity with less than 10 minutes remaining after he was sent clear on goal by Dennis. The striker beat the County goalkeeper but had his effort cleared off the line by ex-Saint Keith Watson.

Ross County had a great chance to steal the points with only two minutes of normal time on the clock. But Alnwick made two great stops to deny Spittal and David Cancola as the game finished stalemate.