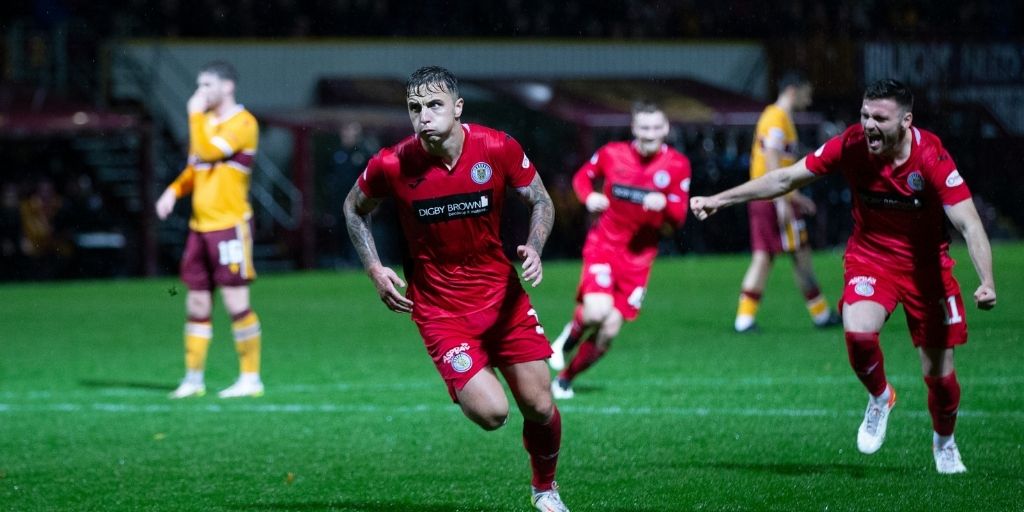 St Mirren came from two goals down to take a point at Fir Park in the cinch Premiership.

Two quickfire goals from Tony Watt at the start of the second-half looked to have given Motherwell the win. But Eamonn Brophy scored twice in four minutes to ensure Saints would leave Lanarkshire with a point. It was the least the Buddies deserved after a dominant display throughout the 90 minutes.

The match looked like it could may not have even gone ahead when a pitch inspection was called for a little over an hour before kick-off due to persistent rain. But referee Bobby Madden was satisfied that the pitch was in a safe, playable condition and the match went ahead.

Jim Goodwin made three changes to the side that lost narrowly to Rangers on Sunday. Ethan Erhahon and Jamie McGrath missed out due to injury, while Matt Millar dropped to the bench. In came Ryan Flynn, Kyle McAllister and Curtis Main.

The team paid its respects to Walter Smith during a minute silence before kick-off (Image: Ian Cairns)

Saints were well on top in the first-half. Ex-Motherwell forward Main volleyed into the arms of 'Well goalkeeper Liam Kelly who gathered at the second attempt early on while the striker was then the recipient of a terrific Scott Tanser cross but sent the header wide inside the opening 20 minutes.

It was a first-half that lacked in any real clear-cut opportunities. Brophy rattled just wide on 38 minutes and with only seconds of the first 45 remaining Saints came a whisker away from scoring the opener when Connor Ronan curled inches wide of the far post from 20 yards.

Jim Goodwin would have been hoping for a similar first-half performance in the second 45 but within the first seven minutes Saints found themselves 2-0 down. The first, on 48 minutes, saw Watt outmuscle Tanser to meet a Goss cross and head beyond Jak Alnwick. Three minutes later the Motherwell forward was fouled in the box by the Saints goalkeeper and Bobby Madden pointed to the penalty spot. Watt rolled home from 12 yards to double Motherwell's advantage.

Saints came close to pulling a goal back almost immediately with Kelly getting a slight touch on Brophy's dink to divert.

Ronan played a beautifully weighted pass which spotted the run of Brophy who had raced clear of the Motherwell defence. The forward nipped in ahead of Kelly and slotted home from a tight angle to reduce the deficit. 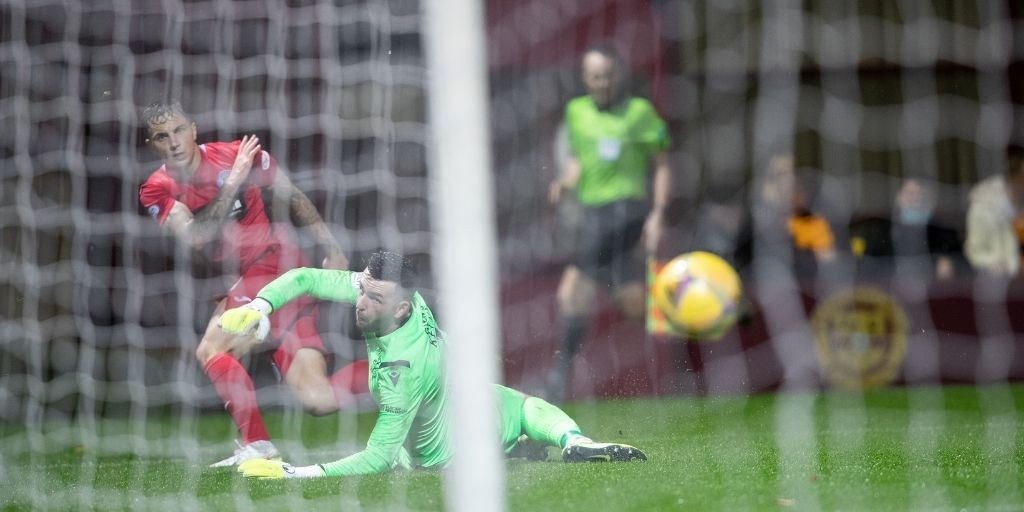 Eamonn Brophy slots home from a tight angle to pull one back for Saints (Image: Ian Cairns)

Four minutes later the Saints would find themselves back on level terms. Brophy won a penalty after being fouled by the trailing leg of Sondre Solholm. The forward had his spot-kick saved by Kelly, but the referee awarded a re-take. Brophy stepped up again and finished with aplomb to equalise.

Had it not been for Kelly, Saints would have been heading back to Paisley with all three points. The Motherwell stopper made two incredible saves in the final minute of normal time to deny Richard Tait and Brophy. And in the dying seconds substitute Greg Kiltie should have scored a dramatic winner when he was found unmarked in the Motherwell box, but he headed straight into the arms of Kelly from close-range.