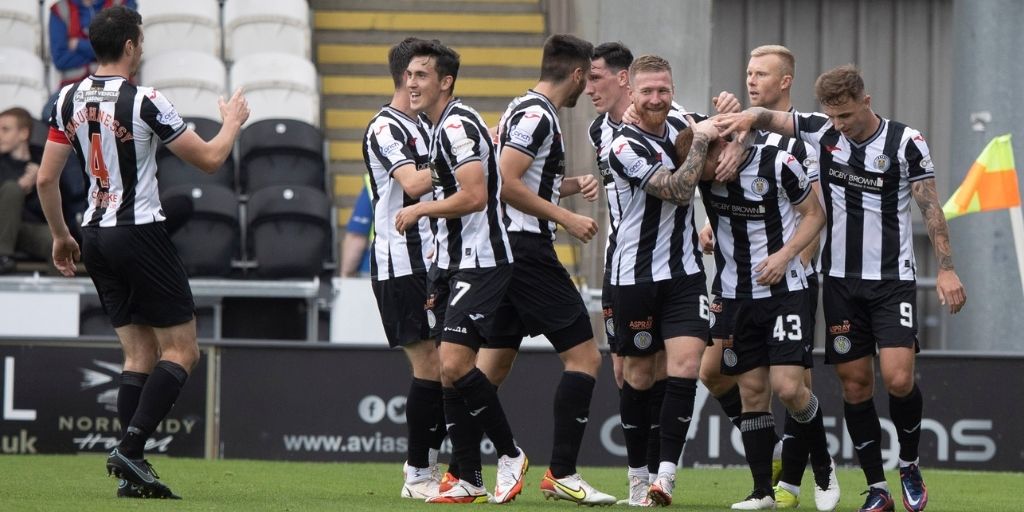 St Mirren defeated Aberdeen in a five goal thriller to pick up their first league win of the season.

Connor Ronan fired Saints ahead, but Jim Goodwin's men found themselves behind at the break after Scott Brown and Christian Ramirez had scored for the Dons.

Teddy Jenks was shown red for Aberdeen early in the second-half and the Buddies made the man advantage count with Ronan grabbing his second before Curtis Main headed home the winner.

Jim Goodwin made one change from the side that drew with Hibernian last week as Saints looked for their first league win of the season. Dylan Reid dropped out of the squad with injury and was replaced by Ethan Erhahon.

The Buddies got off to the ideal start - taking the lead on 14 minutes. A poor kick-out from Joe Lewis was pounced upon by Alan Power. He knocked on to midfield partner Erhahon who played a stunning through ball for Ronan. The Irishman brought the ball in brilliantly before firing home via the aid of a deflection off Aberdeen defender David Bates.

Saints joy was short-lived with Aberdeen finding themselves level four minutes later in fortuitous fashion. A free-kick into the box bundled off Ramirez before knicking off Dons captain Brown's foot and into the back of the net.

Aberdeen started taking a grip of the game after their equaliser. Marcus Fraser made an excellent challenge to block Jenks' attempt two minutes after the Dons leveller. But the Dons would take the lead on 34 minutes when Ramirez headed home. The American forward peeled off his marker to bullet Calvin Ramsay's free-kick into the net. There were arguments from the Saints defence that Fraser had been impeded by Brown, but referee Willie Collum said no.

Saints started the second-half brightly as they looked to get themselves back into the match. Scott Tanser almost scored just two minutes after the restart when his free-kick from the right-hand side drifted all the way through with Lewis clawing off his line.

On 51 minutes, the visitors were reduced to 10 men when Jenks was given his marching orders. The Dons man had been booked in the first-half for a late challenge on Fraser and was shown a second yellow after a foul on Jamie McGrath. Jim Goodwin responded to that red card by going with two upfront, bringing on Main for Erhahon.

Within six minutes of the red card, Saints found themselves level. McGrath slid the ball through for Ronan who took a touch to steady himself before lashing into the back of the net to score his, and St Mirren's, second of the afternoon.

Just after the hour mark the Buddies turned the game on its head with substitute Main making it 3-2. Fraser's ball over the top looked like it drifted beyond Lewis, but the English striker was adamant he'd gotten a touch to force in. 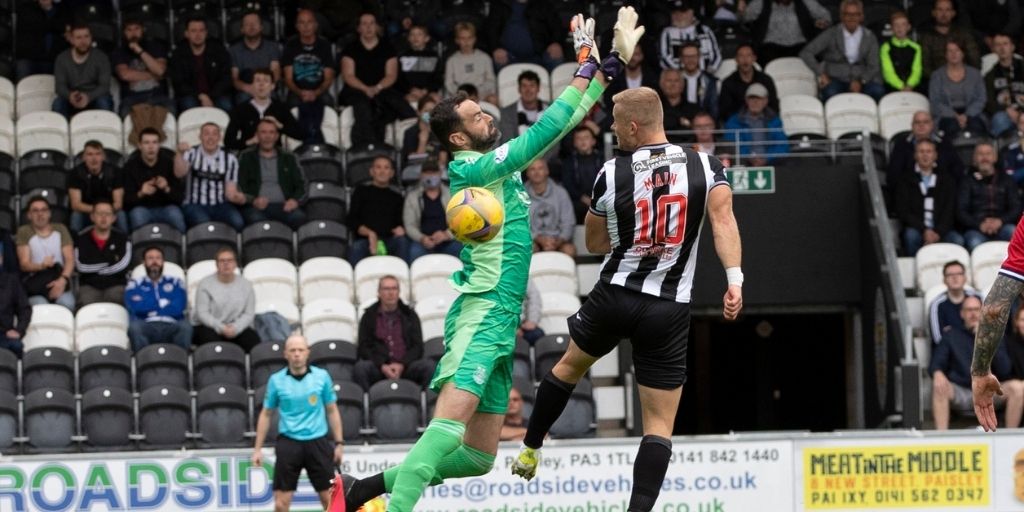 Curtis Main gets in ahead of Joe Lewis for the winner (Image: Allan Picken)

Saints had more chances to add to their lead with Eamonn Brophy and Main having opportunities, but in the end three was enough for the Buddies to claim their first three points of the season. 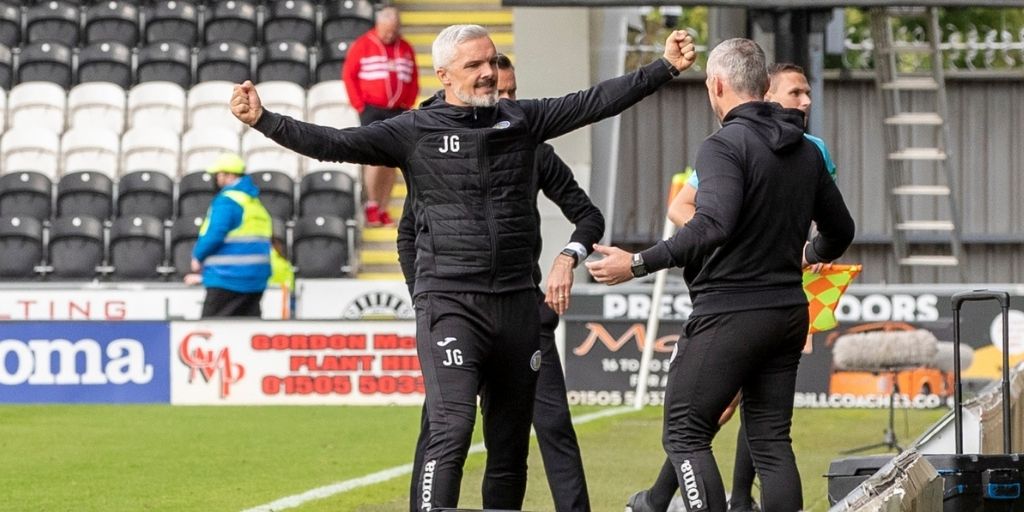