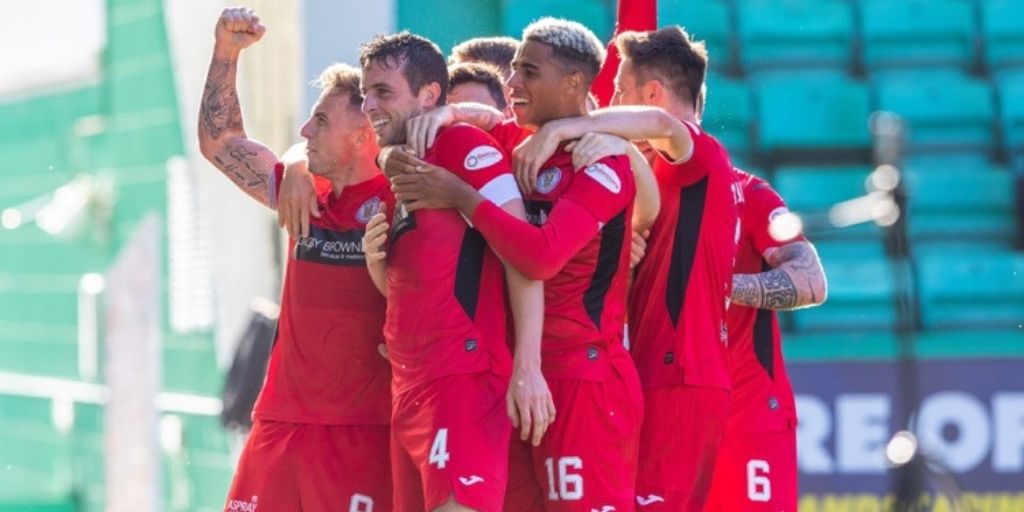 St Mirren took a share of the spoils at Easter Road as Joe Shaughnessy's late header earned Saints a point in the capital.

It was nothing more than Jim Goodwin's men deserved after a battling performance against high-flying Hibernian.

Eamonn Brophy put Saints ahead in the first-half, but two goals in four second-half minutes from Paul McGinn and Martin Boyle had the home side in-front. With two minutes of normal time remaining, Saints skipper Shaughnessy headed the Buddies level to take a point back to Paisley.

The manager made just one change to the side that drew 0-0 with Dundee United last weekend. Alan Power, returning from suspension, took the place of Curtis Main who dropped to the bench.

The opening exchanges of the first-half saw very few clear cut chances for either side. Martin Boyle curled wide from 20 yards on 16 minutes, while Brophy also had his own opportunity from similar range 60 seconds later, but his low strike was straight at Hibs goalkeeper Matt Macey.

With just three minutes of the half remaining, Saints took the lead and it was the lively Brophy who would get it. Connor Ronan sent a ball down the left channel for the striker to chase. He cut into the box before firing low into the near post to put St Mirren ahead and score his second of the season. 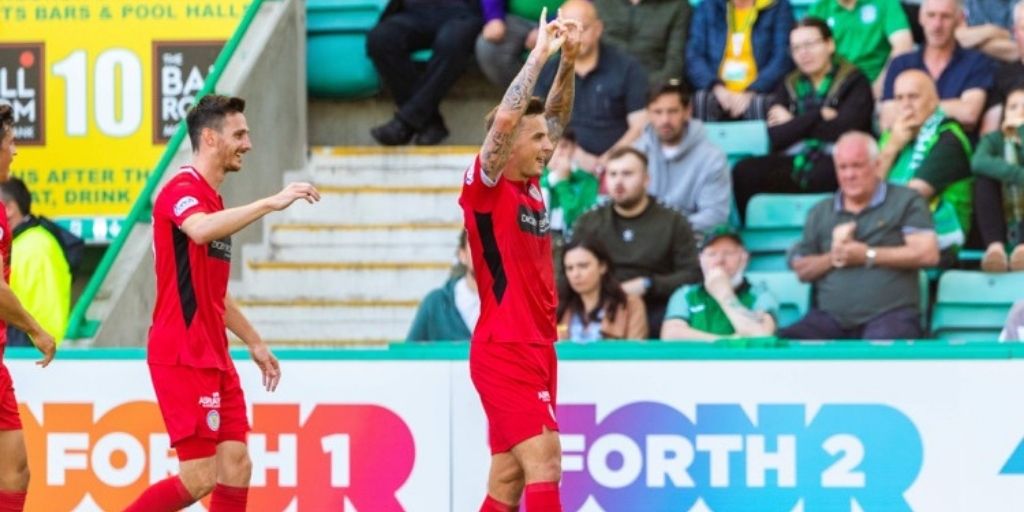 Hibs made a change at the break with Scott Allan coming on for Chris Cadden and the midfielder showed his quality in the early part of second-half. It was his play that won the corner from which thought they had equalised. Ryan Porteous' header from the corner was goal-bound, but the offside Boyle got a touch on it before it crossed the line with the linesman raising his flag.

The home side would find themselves level on 57 minutes and it was Allan who was integral to it. His first time ball found ex-Saint McGinn running in at the back post to smash beyond Alnwick to even the scores.

And four minutes later the Hibees were ahead. Matt Millar was adjudged to have fouled Porteous in the box with referee Kevin Clancy pointing to the penalty spot. Boyle stepped up from 12 yards and lashed home to put the hosts in front.

Saints almost levelled on 67 minutes when Shaughnessy met a perfect cross from Millar. The captain got a toe to it but it cracked off the cross bar with the Hibs defence eventually managing to get clear.

The Buddies appealed for a penalty with 15 minutes remaining when substitute Curtis Main went down in the Hibs box under the challenge of Hibees captain Paul Hanlon. To his and his teammates frustration, Kevin Clancy was unmoved.

Saints continued to press for an equaliser with Brophy sending just wide from 20 yards with a little over 10 minutes remaining. That pressure would eventually tell when Shaughnessy appeared in the box to meet Scott Tanser's cross and head beyond Macey to level. 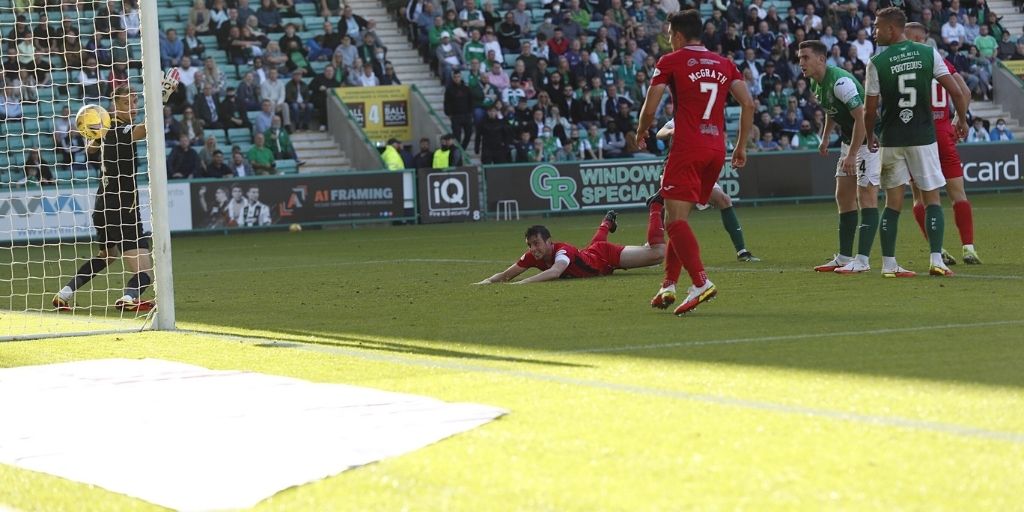 There was still time for drama in the closing moments with both sides having chances to win it. Allan had a shot deflected on to the post, while Kyle McAllister had an effort saved by Macey after brilliantly working his way into the box.