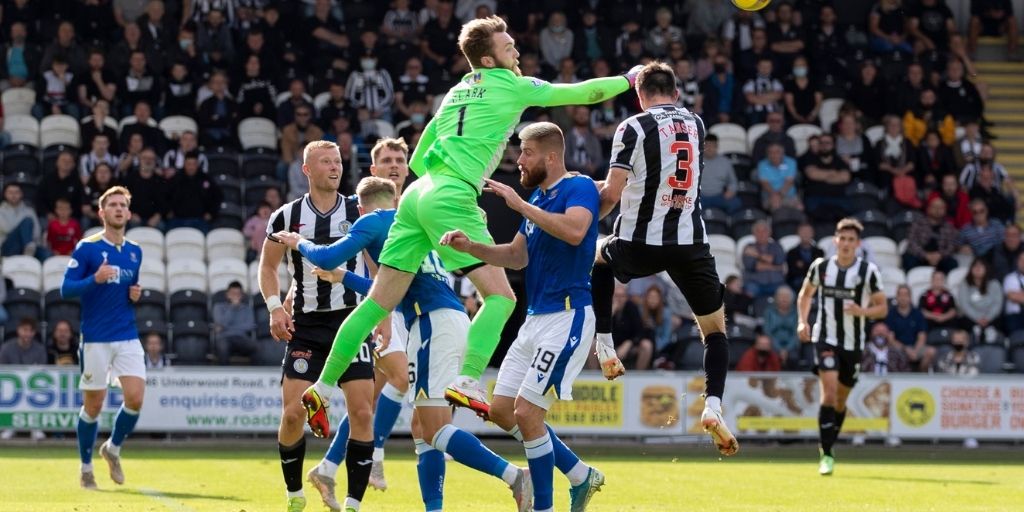 The Saints derby ended in a goalless as St Mirren and St Johnstone drew a blank in Paisley.

Both sides went close in a goalless first half, Conor McCarthy having an effort ruled out for offside and Jak Alnwick denying both Callum Hendry and David Wotherspoon. Just on half-time it looked as if the Paisley Saints had gone in front only for Zander Clark to somehow claw away Richard Tait's shot before it crossed the line.

Sadly, the second half didn't come close to matching the first for goalmouth action with chances at a premium. The Perth Saints almost snatched all three points in the final minute but Glenn Middleton's free-kick cannoned off the bar. That was an escape for the Buddies but there was a blow in stoppage time when Ethan Erhahon was sent off, shown a second yellow card for a foul on Chris Kane.

Saints boss Jim Goodwin – now recovered from his bout of coronavirus – made three changes to the side that had lost against Celtic a week earlier. Eamonn Brophy came back into the side as did fit-again Charles Dunne and Richard Tait. Greg Kiltie and Ryan Flynn dropped to the bench with Alan Power absent through suspension. There were plenty of changes to the St Johnstone line-up following their European exit, with Stevie May and Wotherspoon among those coming into the side.

Alnwick was barely troubled by early efforts from Wotherspoon and Jamie McCart, the Buddies briefly thinking they had taken the lead in between those efforts. Scott Tanser delivered a free-kick with pinpoint precision and Conor McCarthy headed past Clark, however his celebrations were cut short by the offside flag. 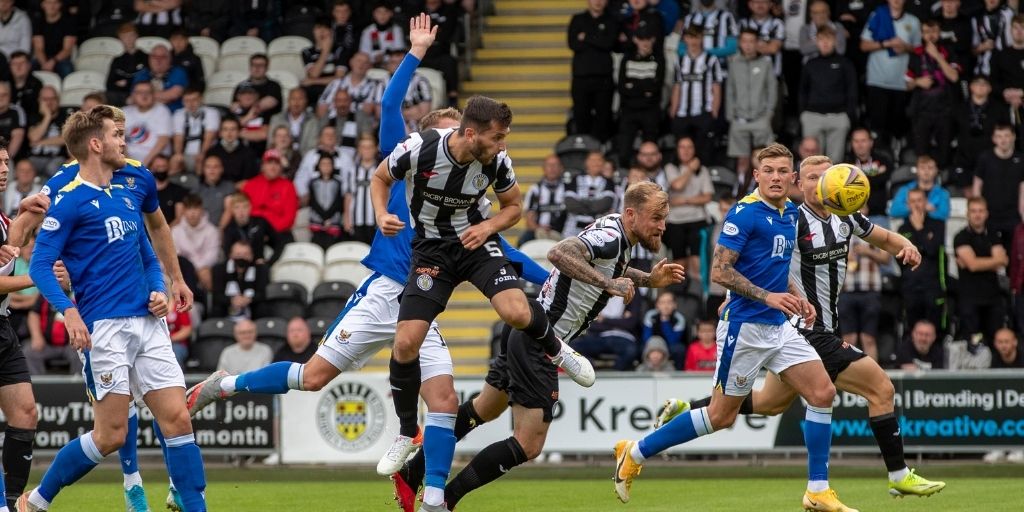 Conor McCarthy heads home for the Buddies but the offside flag was raised (Image: Allan Picken)

Jamie McGrath could have been forgiven for having a pop at the Saintees goal after heading the ball past a defender and bursting forward but he unselfishly opted to tee up Curtis Main instead. Clark couldn't save the striker's shot but McGrath looked ready to force home the rebound only for Hayden Muller to block his effort. At the other end May flicked an attempt miles over Alnwick's goal, the keeper called into meaningful action for the first time a few minutes later when he turned behind Hendry's header.

The home Saints were creating plenty of chances, skipper Joe Shaughnessy heading just wide from Tait's cross before both Tanser and Brophy shot over from the edge of the area. Alnwick was arguably the busier of the keepers and had to get down low to tip Wotherspoon's low drive behind after it took a deflection off Shaughnessy. In first-half stoppage time the hosts went desperately close to taking the lead when a free-kick was flicked on to Tait at the back post and he looked to have poked it over the line only to be denied by a terrific save by Clark.

You could be forgiven for thinking an exciting second half was in store when Main flicked Tanser's cross just wide, however it didn't live up to the promise. McCarthy almost got on the end of another tasty delivery from fullback and Shaughnessy headed a free-kick wide, while at the other end Alnwick did well to gather a shot from sub Glenn Middleton and Shaun Rooney's long-range drive whistled past the post.

The visitors almost snatched victory in the final minute with a moment that would have been giving the home fans flashback. After Shaughnessy was booked for upending Muller, St Johnstone had a free-kick in a dangerous position and Middleton stepped up in a bid to repeat his heroics from last season's Scottish Cup semi-final. He almost managed it too – although this time his effort crashed off the bar rather than nestling in the net. That was as close as either side came, Erhahon blotting his copybook somewhat in stoppage time when he picked up a second yellow card for a foul on Chris Kane. 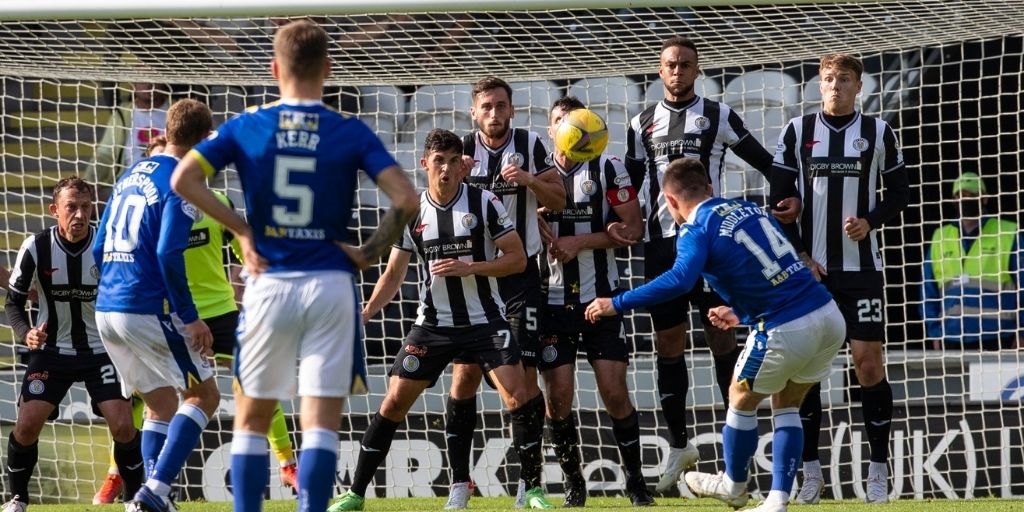 St Johnstone strike the bar in the final minutes of the match (Image: Allan Picken)