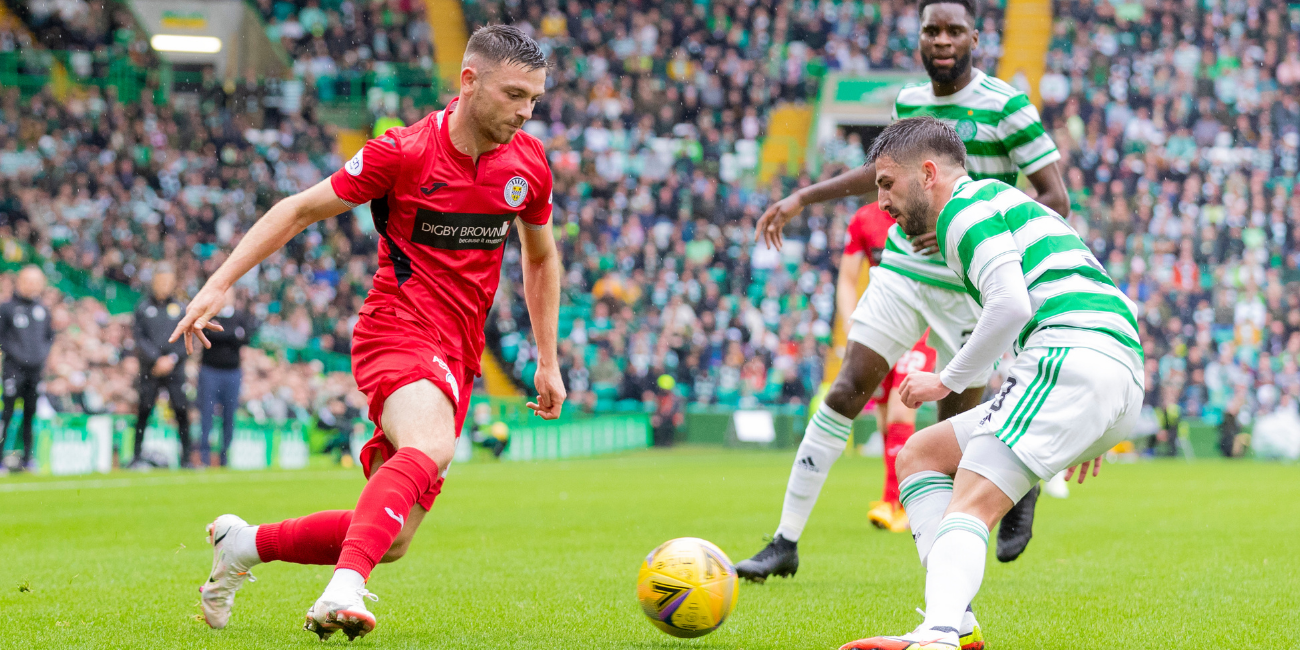 A tough afternoon for the Buddies

Saints suffered a tough afternoon at Celtic Park - losing 6-0 and being reduced to 10 men.

Liel Abada had the hosts in front with 17 minutes played before Alan Power was given his marching orders for a foul on David Turnbull two minutes later. Abada scored again, while Turnbull scored a brace to put Celtic 4-0 up at half-time. Odsonne Edouard added a fifth with Turnbull scoring to complete his hat-trick to cap off a disappointing afternoon for the Buddies.

With manager Jim Goodwin absent due to Covid, Lee Sharp took charge of the team with three changes from the side that faced Livingston in the Premier Sports Cup the week before. Conor McCarthy, Alan Power and Ryan Flynn came in for Charles Dunne, Richard Tait and Eamonn Brophy.

Saints were fired an early warning shot when Turnbull cracked the right-hand post from 20 yards on six minutes. The Scotland midfielder was picked out by Abada at the edge of the box and took a touch to fashion a bit of space before rattling the woodwork.

Celtic continued their pressure with Marcus Fraser clearing an Edouard free-kick and Power making an important block to deflect an Abada shot over. The home side's pressure would tell on 17 minutes when Abada put them ahead. The winger cut in from the right and fired towards the far corner. Jak Alnwick got two hands to it but couldn't keep the ball out of the net.

The St Mirren task was to be made more difficult when Power was shown a straight red for a foul on Turnbull. The Irishman was late as he slid in and caught the midfielder on the left touchline. A few minutes later, Celtic were two ahead when Abada headed home.

St Mirren had ball in the net on 28 minutes when Curtis Main got a flick on to Greg Kiltie's header, but the linesman's flag was raised despite the forward being played onside by Anthony Ralston. And to compound Saints frustrations, Celtic added a third just a minute later when a swerving effort from Turnbull flew into the net from 20 yards. 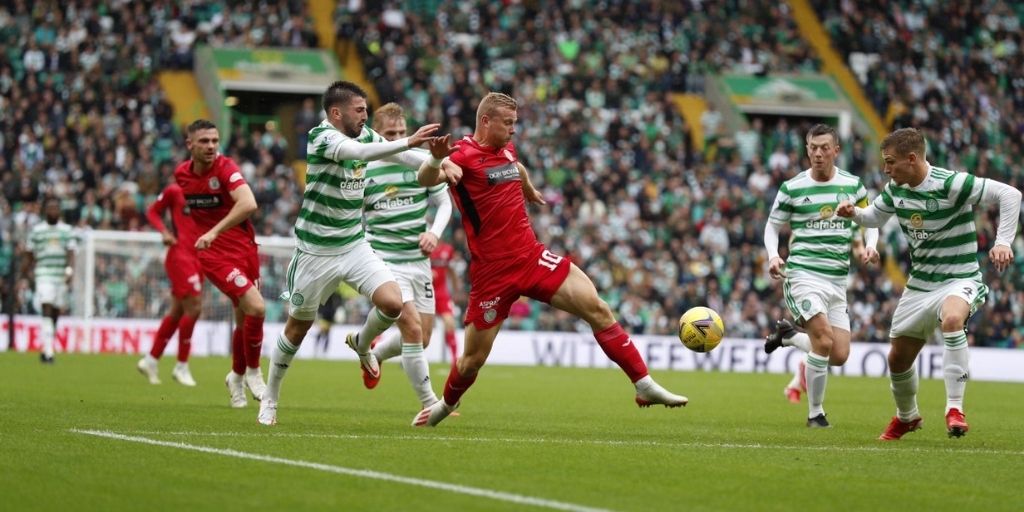 Celtic continued to create chances against the 10 man Saints before the break with Kyogo Furuhashi blazing over from close range and Edouard hitting the bar. With a minute of the half remaining they would add a fourth. Alnwick could only push Abada's cross into the path of Turnbull who forced home.

Celtic made it 5-0 just after the hour mark when Edouard got the break of the ball inside the Saints box and slammed into the back of the net from close range.

Alnwick made good saves to deny Furuhashi and substitute Tom Rogic as the game wore on, but Turnbull grabbed his hat-trick with six minutes to go on a day to forget for Saints.