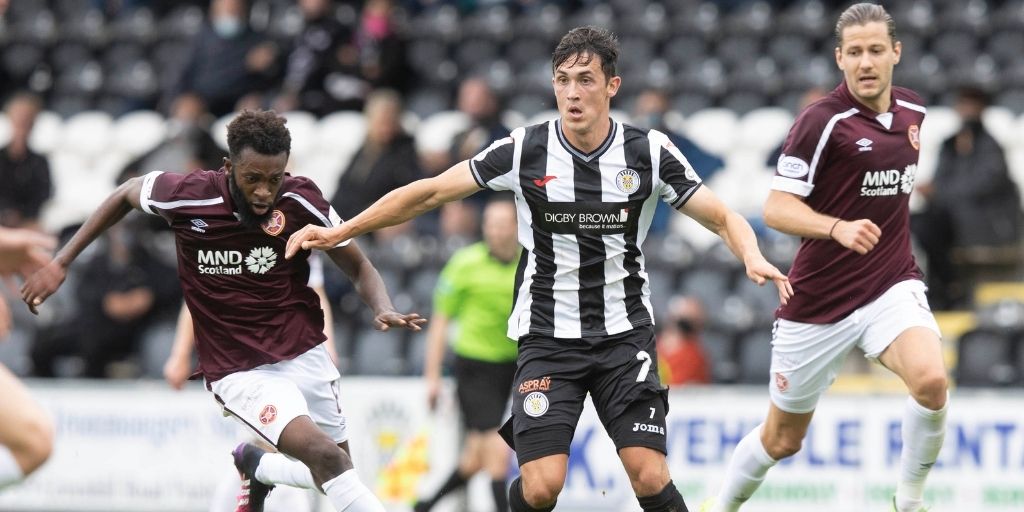 St Mirren's first cinch Premiership home match of the 2021/22 season ended in defeat as the 10 men Buddies lost against Hearts.

Some neat passing allowed Andy Halliday to curl Hearts into the lead early on before Saints began to come more into the game and were perhaps unlucky not to find themselves level by the break. Eamonn Brophy and Curtis Main both went close to equalising in the second half only for Liam Boyce to add a second in a rare Jambos attack.

It looked as if that would be enough but it seemed Saints skipper Joe Shaughnessey had set up a grand stand finish with a great header five minutes from time -  only for Kristian Dennis to ruin that when he was almost immediately sent off for a foul on Peter Haring. As a result, the visitors were comfortably able to see out what little time remained to record their first league win in Paisley for more than a decade.

Saints boss Jim Goodwin made two changes to the side that drew with Dundee a week earlier,  Richard Tait and Greg Kiltie coming in for Ethan Erhahon and Jay Henderson. Hearts were along similar lines to the side that beat Celtic on the opening day, the only change being Haring replacing Stephen Kinglsey.

It was both sides' respective number tens who had the first chances, Hearts' Boyce heading narrowly wide a few moments before Main turned and shot inches past the post at the other end. The visitors had been enjoying plenty of early possession and used that to good advantage to get themselves in front after little more than a quarter of an hour. Beni Baningime slid the ball through to Boyce and he held on to it before pulling it back for Halliday, who curled a great shot beyond the reach of Jak Alnwick into the far corner.

Josh Ginnelly almost lashed a wild shot out for a throw-in as the Jambos looked to double their lead before Craig Gordon was called into action for the first time, gathering Scott Tanser's dangerous cross when the slightest of touches from Richard Tait would probably have levelled the scores. Some wonderful work on the left from Jamie McGrath saw him create the space needed to deliver a delicious ball into the box and Main was unlucky to see his header rattle the crossbar, although it was irrelevant as ref Gavin Duncan had already blown for a foul in the box. 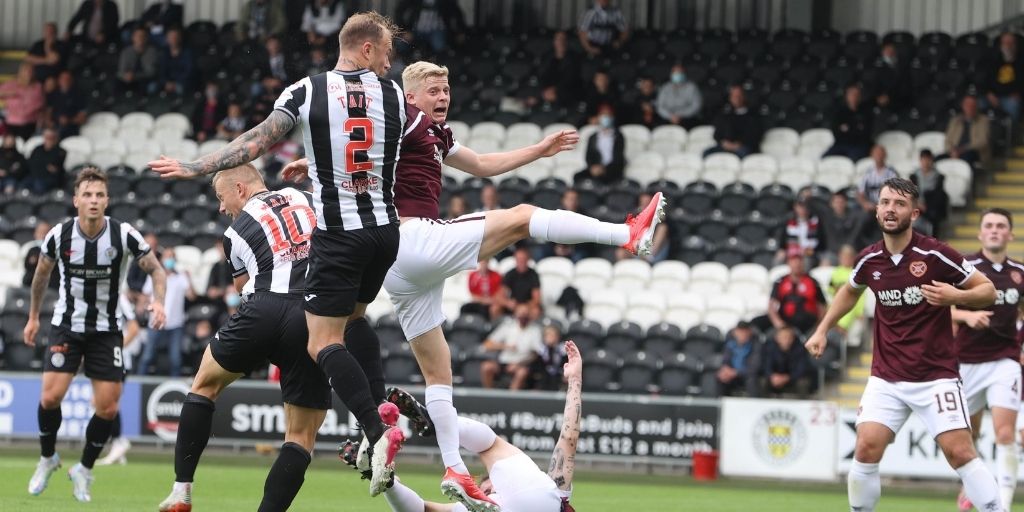 Richard Tait heads off the cross-bar but the defender had already been penalised for a foul.

Shaughnessy headed wide from McGrath's corner as Saints pushed again, the midfielder being wiped out by Beni Baningime the next time he got on the ball. Mr Duncan opted to play advantage but when Kiltie's shot was blocked, Hearts countered and Gary Mackay-Steven should have done better than drag a shot wide. The winger had another great chance when Ginnelly dummied a John Souttar pass from deep but he shot well over. Just before the break the returning home fans claimed for a penalty when Main hit the deck under Alex Cochrane's challenge, but Mr Duncan was unmoved.

Brophy turned and fired shots straight at Gordon twice in the opening stages of the second half before a tempting ball across goal from Kiltie found no takers. Main's volley from the edge of the box went agonisingly wide as the Buddies threatened again. Hearts had rarely looked like getting a second since the break but doubled their advantage with just over 15 minutes left.  Armand Gnanduillet somehow managed to retain possession despite sliding to the deck and the sub was able to slip the ball to Mackay-Steven. It was soon with Boyce at the edge of the box and he took a touch before drilling a low shot through the grasp of Alnwick to seemingly put the game to bed.

It appeared the Edinburgh side could now relax, sub Arron McEnuff just wide with a dig from long range, but there anxiety levels rose again with five minutes left when Shaughnessy thumped home Tanser's cross. However, hopes of a Saints comeback were thwarted within seconds of the restart when Dennis, who had only been on a few minutes, was shown a straight red card for clattering into Haring. Alnwick stopped Boyce adding a third for the visitors to ensure the hosts went into injury time with half a chance of salvaging something, the goalie in action again when he brilliantly denied Michael Smith. However, there were no similar chances at the other end meaning Saints rather harshly ended the afternoon with nothing to show for their efforts. 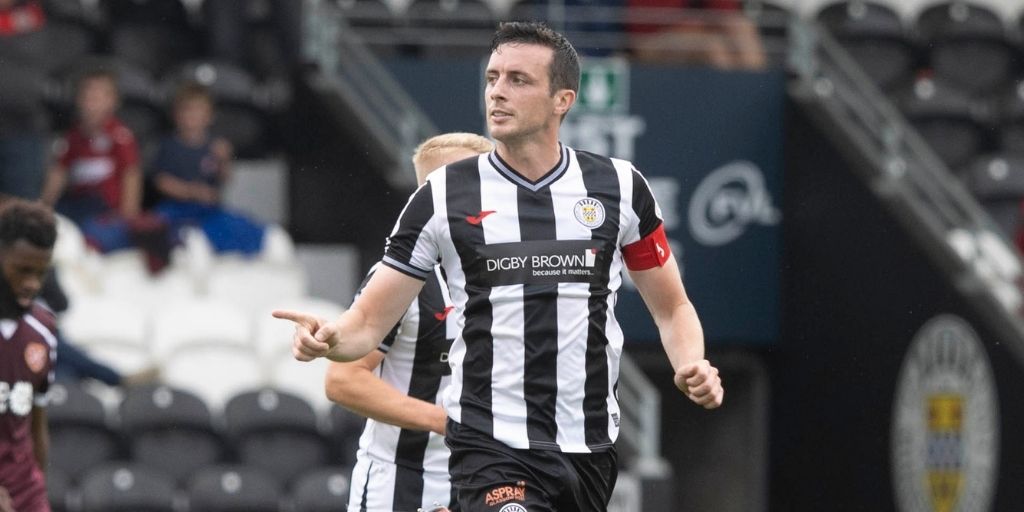 Captain Joe Shaughnessy celebrates pulling a goal back for Saints.