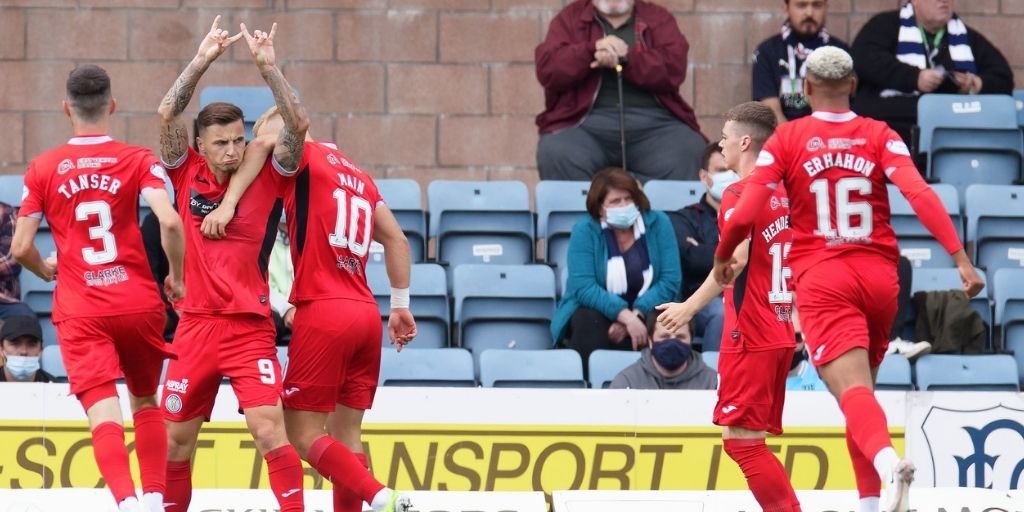 A point for Saints on the opening day

Eamonn Brophy and Jamie McGrath scored as Saints picked up a point at Dundee on the opening day of the cinch Premiership season.

The Buddies led twice at the Kilmac Stadium, while the Dens Park side were reduced to 10 men when Max Anderson was sent off with 20 minutes remaining. But Jim Goodwin's side had to settle for a point.

Dundee raced out the traps early with ex-Saint Paul McGowan having an opportunity in the opening minute, but it was the Buddies who would strike first with only four minutes on the clock. Jak Alnwick launched the ball forward where Curtis Main flicked-on for Eamonn Brophy to chase. The forward ran on to the nod down from his strike partner and finished with aplomb to score his first St Mirren goal. 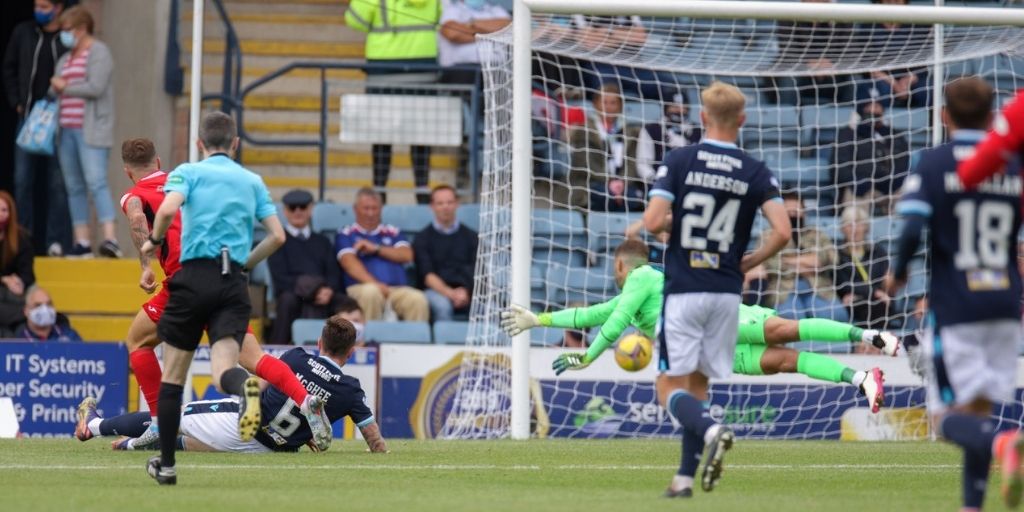 Main could have doubled the Saints lead on 23 minutes but for a good save from Adam Legzdins, with the striker then having his attempt from the resultant corner deflected over.

Jason Cummings, who came on for the injured Danny Mullen, came close to levelling a minute later. He latched on to a pass from Paul McMullan but had his effort pushed away by a powerful hand from Alnwick.

Dundee levelled with just a minute of normal time remaining in the first-half. A corner into the six-yard area came off Shaughnessy and found its way into the net.

Saints could have retaken in added time after a quick counter attacking move. Jamie McGrath showed his quality to burst away from the Dundee midfield and roll down the line for Brophy. The forward then lifted the ball across to Main who had his shot turned behind by Legzdins.

St Mirren would find themselves ahead again less than 10 minutes into the second-half. Jay Henderson was fouled by Cummings in the box with Craig Napier pointing to the spot. McGrath made no mistake from 12 yards as he rolled into the left corner to put Saints 2-1 in front. 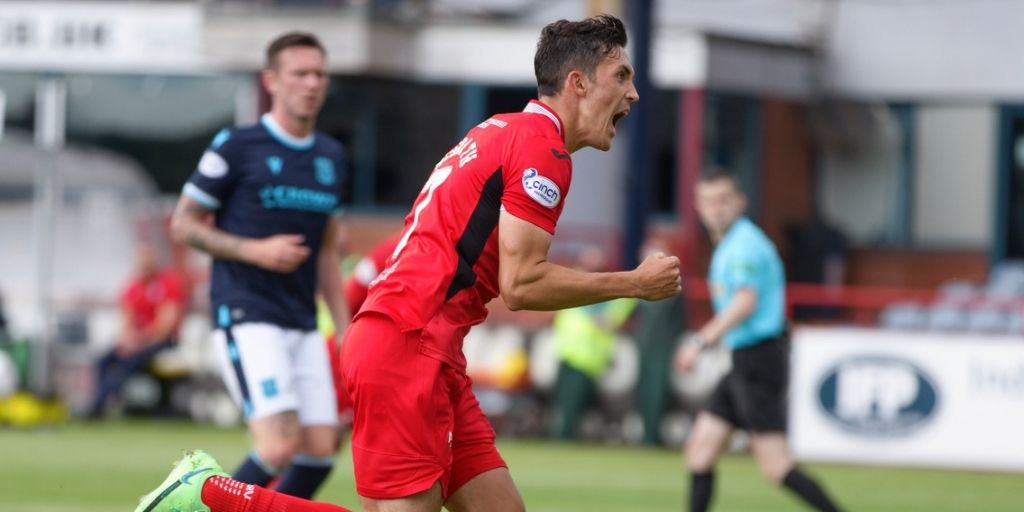 Jamie McGrath celebrates scoring his second goal of the season and his 19th for Saints (Image: Willie Vass)

Dundee were level six minutes later though when Cummings rolled home Jordan Marshall's ball in from the left. The Saints defence protested the striker was offside but those remonstrations fell on deaf ears.

The home side were reduced to 10 men when Max Anderson was shown a straight red for a late, high challenge on Brophy. The Dundee man could really have no argument with the decision.

Scott Tanser was denied by a brilliant Legzdins save on 76 minutes before sending in a dangerous low ball across the Dundee box that Main just missed with 10 minutes remaining as Saints searched for a winner.

Despite the man advantage, the Buddies couldn't find the winner and took a point back to Paisley.