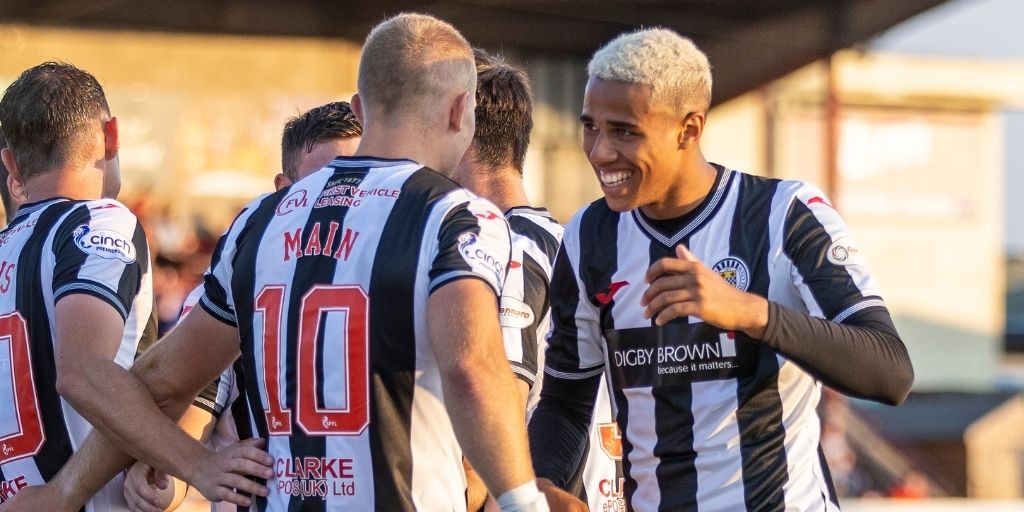 St Mirren made it nine points from nine in Group H of the Premier Sports Cup as second-half goals from Curtis Main, Kristian Dennis and Lee Erwin helped Jim Goodwin's men to a 3-1 win at Stenhousemuir.

After a dominant, but goalless 45, Saints scored three second-half goals to maintain their 100% start to the season and effectively guarantee qualification into the knock-out rounds of the cup.

A bright start for the Buddies saw Cammy MacPherson nearly open the scoring from his own half with just six minutes on the clock. The Saints Academy graduate spotted Stenny goalkeeper Ryan Marshall off his line and, from 50 yards, tried to catch the stopper out with the ball only just drifting wide.

Despite having the bulk of possession in the opening half-hour, Saints hadn't really managed to trouble Marshall. And the home side would fire the Buddies a warning shot on 29 minutes when Robert Thomson narrowly missed after getting a foot on to Sean Crighton's knock-down.

But still it was St Mirren who were enjoying the best of the match. MacPherson wasn't far away with a free-kick for Saints on 31 minutes after Greg Kiltie had been fouled 25 yards from goal. The midfielder got plenty on it as he put it over the wall, but sent the attempt over the bar. Marshall was then forced into a brilliant save a couple of minutes later when Main tried an acrobatic effort. The Stenny goalie had to be at full-stretch to push away.

It was Main who should have had St Mirren in front on 38 minutes when he was found in space at the back post. The forward didn't quite catch it flush and couldn't force home.

Saints' first-half dominance may not have yielded a goal for Jim Goodwin's men, but it would only take four minutes after the restart for the Buddies to take the lead. A MacPherson ball over the top caused a mix-up between Marshall and one of his defenders, allowing Main to take advantage and this time he wouldn't miss - knocking into the empty net to score his second goal in as many games. 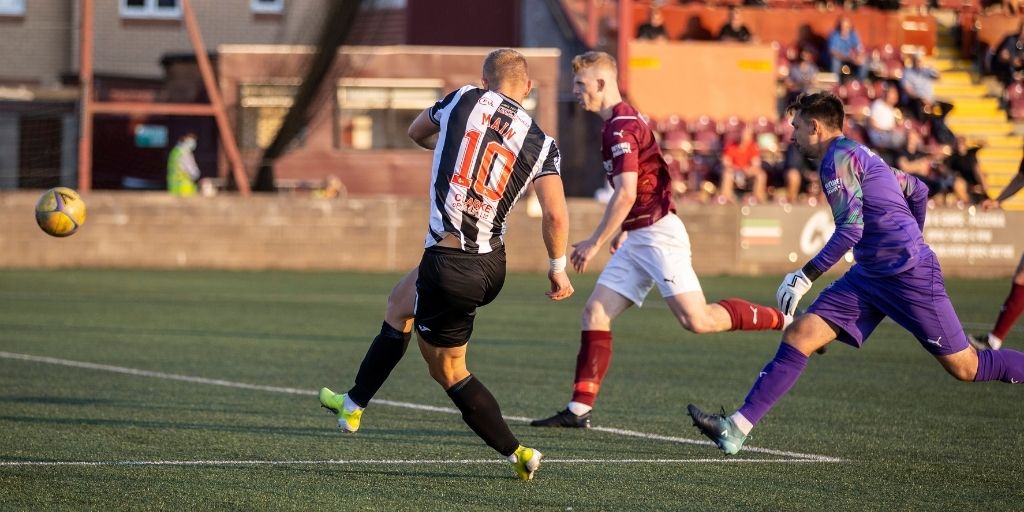 Curtis Main scores his second goal in as many games to open the scoring (Image: Andy Barr)

Dennis then scored his first of the season on 65 minutes to double the Buddies lead. A quick throw-in from Ryan Flynn allowed Kiltie to roll the ball across the Stenhousemuir box where Dennis was on hand to knock into the net from close-range in his final act of the match before being replaced by Eamonn Brophy.

The Buddies appeared home and hosed only for the home side to pull a goal back with less than 15 minutes of the match remaining through Thomas Orr.

Despite a minor scare in the final five minutes, it was St Mirren who looked the more likely to grab a goal in the dying embers and that proved to be the case when Erwin, after some persistence, drove home his first of the season in added time to all but secure Saints' passage into the knockout round of the Premier Sports Cup. 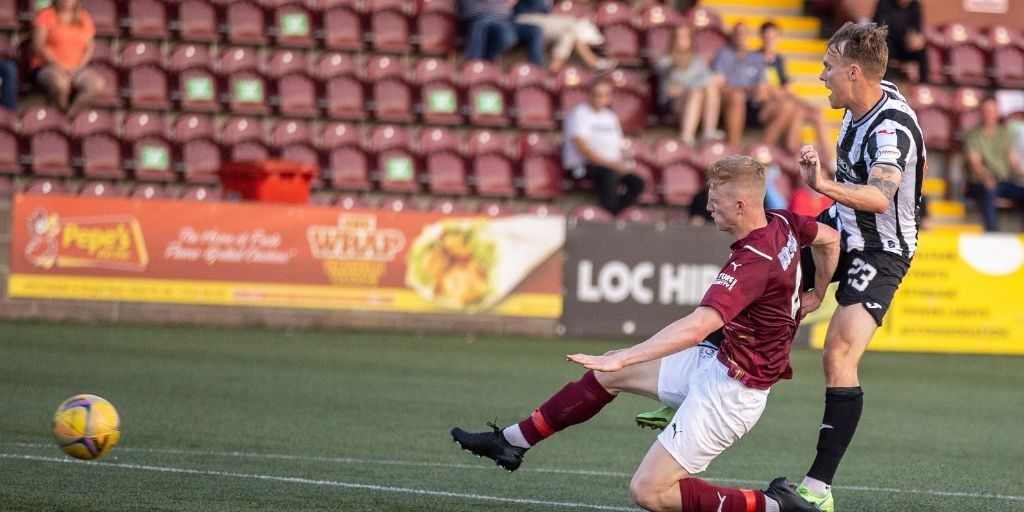