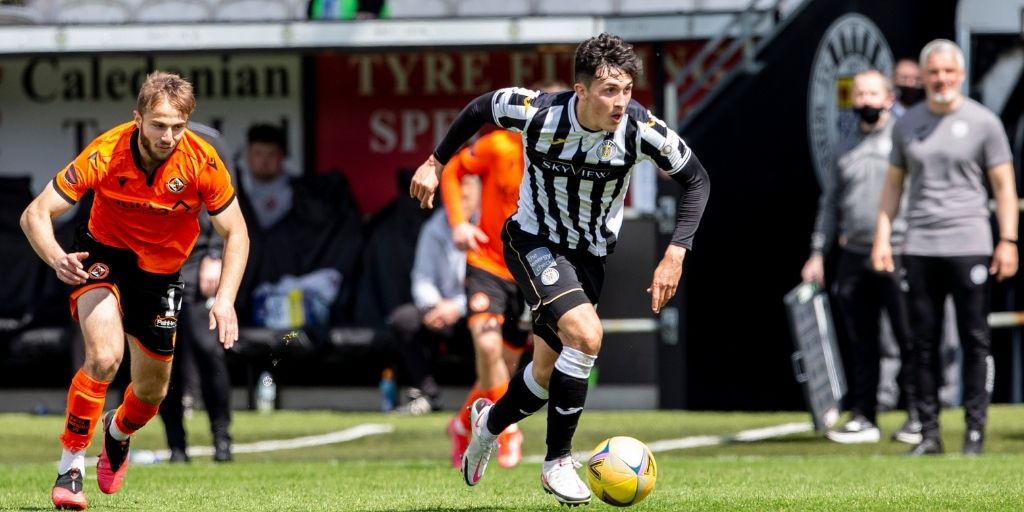 St Mirren secured their highest top-flight finish since 1989 after a goalless draw with Dundee United.

Saints went into the match in eighth - knowing a win or a draw could be enough for seventh depending on how Motherwell fared at home to relegation battling Ross County.

After a quiet opening 20 minutes, the game was awoken when Lee Erwin flashed a shot just wide from the edge of the area before Marcus Fraser made a vital block to deny Lawrence Shankland up the other end of the park a minute later.

The Buddies felt they were denied a penalty on 27 minutes when Eamonn Brophy went down under the challenge of goalkeeper Ross Doohan. The forward broke through the United defence to go one-on-one with Doohan but was felled as he tried to round the goalkeeper. Referee Euan Anderson was unmoved to the frustration of Brophy and the Saints bench.

Saints fashioned a couple of chances before the end of the half with Jamie McGrath - named St Mirren Player of the Year - heading wide from a Jay Henderson cross and Brophy snapping an effort just by the post after some good footwork to manoeuvre himself into a shooting position.

It was Brophy who went closest again for St Mirren after the interval when his rasping strike was touched over by Doohan on 54 minutes.

Saints again came close on 68 minutes after a lovely passage of play. One touch passing involving substitutes Kristian Dennis, Jon Obika and Kyle McAllister saw the ball worked to Cammy MacPherson who curled wide from just inside the box.

With less than 20 minutes remaining, Dundee United were reduced to 10 men after a really poor challenge from Jamie Robson on McAllister. The United bench were livid at the decision as the defender was given a straight red but it was hard to argue that the referee had made the correct decision after Robson caught McAllister high with his studs showing.

United arguably had the better opportunities in the closing stages but couldn't take them as the game ended goalless. The St Mirren bench awaited news of the result at Fir Park before celebrating our highest league finish in 32 years.