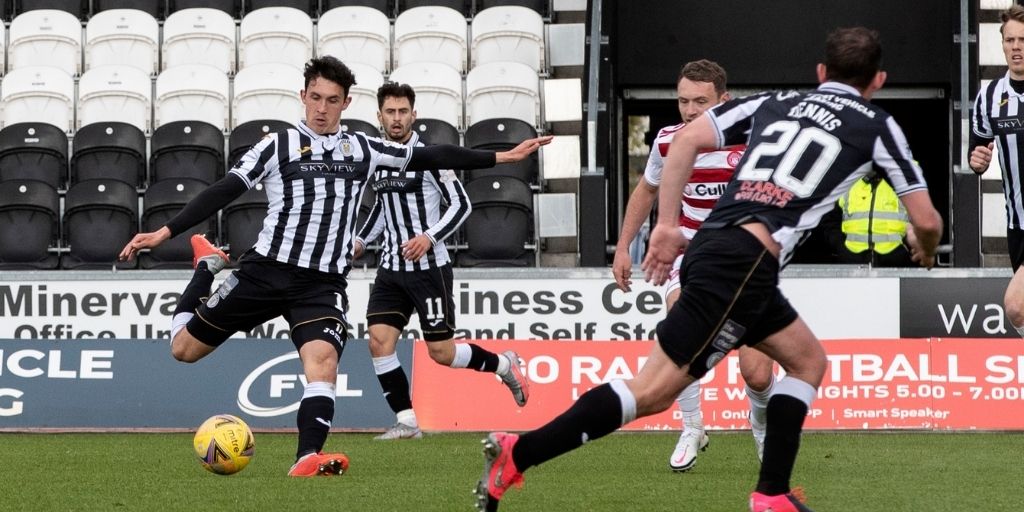 A disappointing afternoon at the SMiSA Stadium saw St Mirren beaten by Hamilton Academical in the Scottish Premiership.

Goals either side of half-time from Ross Callachan and David Moyo had the Lanarkshire side 2-0 ahead. Jamie McGrath pulled one back for Saints but it wasn't enough to prevent the Buddies from a first defeat against Accies since December 2018.

Jim Goodwin had initially made four changes from the side that won at Kilmarnock on Monday night. In came Daniel Finlayson, Ethan Erhahon, Cammy MacPherson and Collin Quaner in place of Conor McCarthy, Ilkay Durmus, Jamie McGrath and Lee Erwin. But defender Marcus Fraser dropped out in the warm-up and was replaced by McCarthy.

It was the relegation-threatened Accies who were the brighter of the sides despite a scrappy opening to the match. Joe Shaughnessy made a good block on 12 minutes to deny Moyo, while Kyle Munro had a header cleared off the line a minute later.

Quaner, making just his second start for St Mirren, had the first real opportunity for the home side in the opening 20 minutes when he dragged a shot wide from 20 yards. And four minutes later it was his good work that allowed Kristian Dennis to get a shot away from the edge of the box. The striker's effort was straight down the throat of Kyle Gourlay who held with ease.

The visitors took the lead on 28 minutes when Callachan knocked home from close-range. Ex-Saint Lee Hodson hooked the ball over his shoulder where Callachan flicked into the far corner beyond the outstretched Jak Alnwick.

The Buddies had two half-chances as the first-half drew to a close. MacPherson had a shot from distance deflected over while McCarthy curled wide from the edge of the box following the resultant corner.

Accies doubled their lead just before the hour. Saints lost the ball in the middle of the park with the ball fed wide to Bruce Anderson. The striker went for goal himself but it came off his strike partner Moyo and trickled over the line.

Jim Goodwin responded by making a triple substitution. Jamie McGrath, Ilkay Durmus and Lee Erwin replaced MacPherson, Richard Tait and Quaner. The Saints looked livelier after the changes and almost immediately pulled a goal back. Dennis sprung the offside trap but didn't connect with the ball fully which allowed Gourlay to make a wonderful one-handed stop.

But within a minute of that chance, the visitors almost made it 3-0 with Callachan thundering a ferocious effort off the cross bar.

The Buddies did reduce the deficit with just under 20 minutes of the game remaining. Durmus' cross was deflected into the path of Jay Henderson in the middle of the box. His touch teed it off nicely for the oncoming McGrath who powered home his 16th goal of the season.

Saints should have grabbed a share of the spoils on 84 minutes when Henderson passed up a glorious opportunity to level. Erwin's terrific cross-field pass found the Saints academy graduate one-on-one with Gourlay but he smashed over.

Focus now turns to next weekend's Scottish Cup semi-final as Saints head to Hampden to face St Johnstone next Sunday.