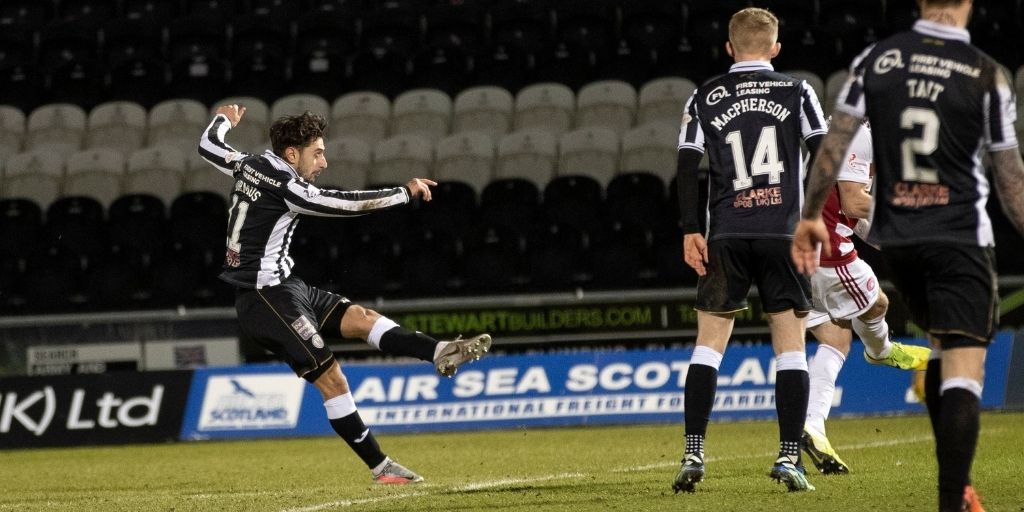 St Mirren were held to a 1-1 draw against Hamilton Academical at the SMiSA Stadium in the Scottish Premiership.

Ilkay Durmus' third goal of the season gave Saints the lead early in the second-half, but Accies levelled thanks to a deflected strike from Bruce Anderson on 68 minutes.

Ethan Erhahon had the ball in the net with just over 10 minutes remaining though Jon Obika was ruled out for offside in the build-up despite replays showing the forward to be onside.

The Buddies started brightly with a Cammy MacPherson free-kick on eight minutes deflecting just wide from range. Erhahon curled wide from the resulting corner, while Lee Erwin and Durmus both sent efforts over from distance.

Saints continued to pressure with Brian Easton heading off his own bar on 22 minutes following a stramash in the Accies box.

Richard Tait twice went close to grabbing the opener. The full-back struck the post with a low effort after a well-worked Saints move before forcing a really good save from Hamilton goalkeeper Ryan Fulton who has to stretch to his left to keep the header from creeping over the line.

Despite having the best of the first-half, the Buddies almost found themselves behind in the dying moments of the first 45. A loose Marcus Fraser header across the St Mirren box was pounced upon by Anderson whose low drive had to be cleared by Fraser after the defender raced back onto the line.

Anderson really should have given the visitors the lead five minutes into the second-half when he was presented with free header six yards out. But somehow he nodded over.

Then, within three minutes, St Mirren found the opener. Obika brilliantly brought the ball down in the Hamilton box before feeding it to Kyle McAllister on the edge of the area. The Saints number 10 shuffled the ball between his feet as he looked for an opportunity to get a strike away under pressure from the Accies defence. He eventually rolled the ball to the left where Durmus took one touch before cracking home into the far corner from 18 yards.

It was the visitors who seemed galvanised by the goal as they put the Buddies under pressure. And that pressure would tell when Anderson's hit from just inside the St Mirren box deflected off Saints skipper Joe Shaughnessy to take it beyond Jak Alnwick to level.

With 15 minutes remaining the visitors looked like they would go in front when Marios Ogkmpoe was sent racing clear one-on-one with the goalkeeper. Alnwick was quick off his line to make a tremendous block to deny the Accies frontman.

St Mirren should have been back in front on 79 minutes when Erhahon blasted home Obika's brilliant nod down, only for the far side linesman to flag for offside even though the Saints striker appearing to be on. It was a frustrating decision on what proved to be a frustrating night for Jim Goodwin's men.