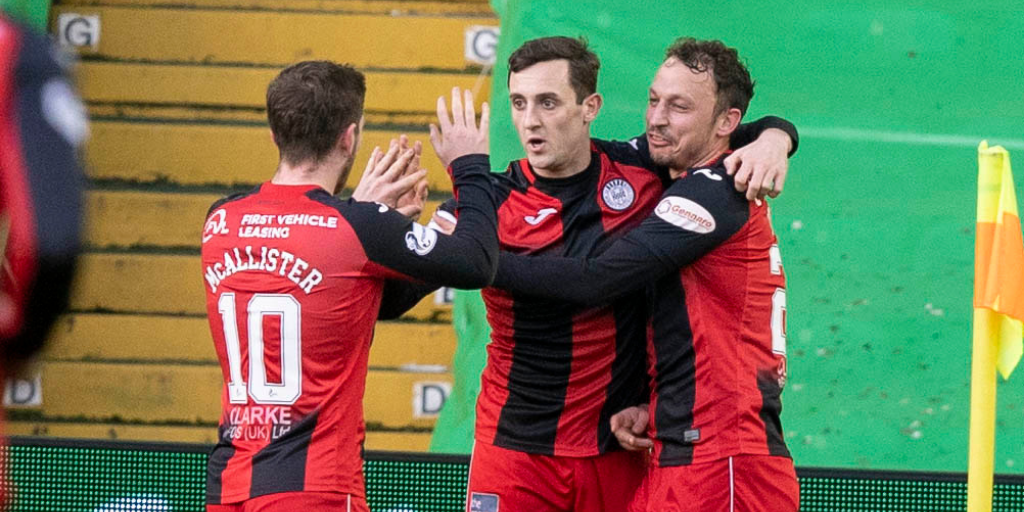 St Mirren won at Celtic Park for the first time since 1990 after a brilliant 2-1 victory over Celtic.

Jim Goodwin's men were worthy winners with goals from Kristian Dennis and Ilkay Durmus either side of an Odsonne Edouard strike giving Saints their first away win against Celtic in over 30 years.

Saints showed intent from the get go with the manager opting to play a 3-4-2-1 formation with Durmus and Dylan Connolly playing off striker Dennis, while Kyle McAllister and Cammy MacPherson also came into the side. Dennis had a low drive held by Scott Bain on 12 minutes, before Jamie McGrath curled into the arms of the Celtic goalkeeper a few minutes later.

The Buddies early pressure would tell with Dennis scoring his second goal in as many games on 18 minutes. The striker latched on to a low Connolly ball from the right and smashed under Bain to put us in front.

Saints were in control in the first-half, but would be pegged back just after 30 minutes when Celtic's French forward Edouard was found by Callum McGregor in the St Mirren box. He got in ahead of Conor McCarthy and managed to slot beyond Jak Alnwick.

Within five minutes St Mirren were back in front. Durmus did brilliantly to get in ahead of Shane Duffy to meet a McAllister lob and fired home from the angle to put Saints ahead for a second time.

McAllister wasn't a million miles away from extending that lead early in the second-half with a go from distance. The drive from 25 yards was deflected just over the Celtic bar, but it looked like one of those efforts that could have ended up anywhere.

Celtic made a number of changes in search of an equaliser with Ryan Christie and Albian Ajeti introduced to the fray just after the hour mark. The former slammed two attempts over the bar from distance.

Saints had to be strong till the final whistle with Celtic probing in the final minutes. Tom Rogic curled an effort just wide of the far post, while an Edouard free-kick from a good area was deflected off the wall.

Alnwick made a wonderful stop in the final minute of added time to deny Duffy and ensure all three points would, deservedly, make their way back along the M77 to Paisley.