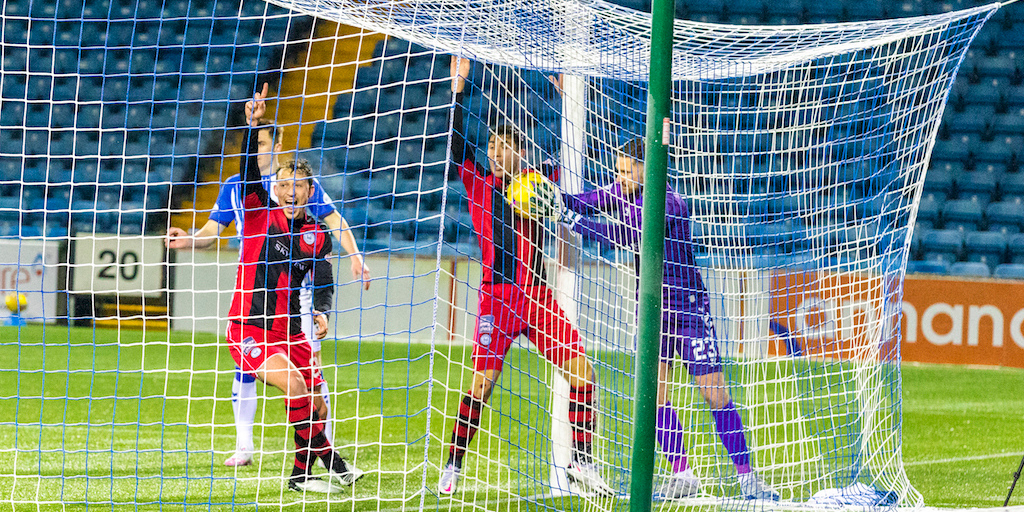 A last-gasp own goal from Kilmarnock goalkeeper Danny Rogers helped St Mirren gain a point in their first match of 2021.

The ex-Saints stopper looked to have dealt with a deflected cross ball but carried it over the line in injury time to give the Buddies a share of the spoils at Rugby Park.

The home side had the better of the first-half and took the lead on 12 minutes when their number 12,Danny Whitehall, headed them in front. The forward got his head on a Chris Burke cross and nodded into the net with Jak Alnwick getting a hand to it. The Saints goalkeeper will probably feel disappointed he didn't manage to keep it out.

Three minutes later it took a terrific block from Conor McCarthy to deny Whitehall, and Kilmarnock, a quickfire second. The Irish defender put his body in the way when the Kilmarnock striker looked set to double the home side's lead.

Saints were dealt a blow on 23 minutes when Richard Tait had to be substituted after being wiped out by Rogers when the goalkeeper came to claim a cross ball. Thankfully, the manager confirmed after the match that the defender should be okay for next weekend's match against Motherwell.

Killie were inches away from making it 2-0 just after the half-hour mark when Greg Kiltie's effort was deflected just by the far post. Alan Power then flashed over from range following the resulting corner.

Saints didn't create much in the first 45, but almost found themselves level nine minutes into the second-half when Jamie McGrath's long-range free-kick drifted just wide with Rogers looking beaten in the Killie goal.

Despite being behind, the game was still very much there for Saints heading into the final 30 minutes with the Buddies forcing a succession of corners without making Rogers work. Jim Goodwin responded by bringing Kristian Dennis and Lee Erwin on in place of Ethan Erhahon and Jon Obika.

Alnwick held efforts Kiltie and Burke to keep Saints with a chance heading into the final 10 minutes. And with just five minutes to go the Buddies should have been level. Rogers made a good save from Joe Shaughnessy's header following McGrath's corner. McCarthy was there on the follow-up but nodded over under pressure from the Kilmarnock defence.

It looked like that was the chance and then, in injury time, a McAllister cross was deflected into the arms of Rogers who seemed in total control of the ball. Somehow the goalkeeper carried the ball over the line to give Saints a point in our first game of the new year.