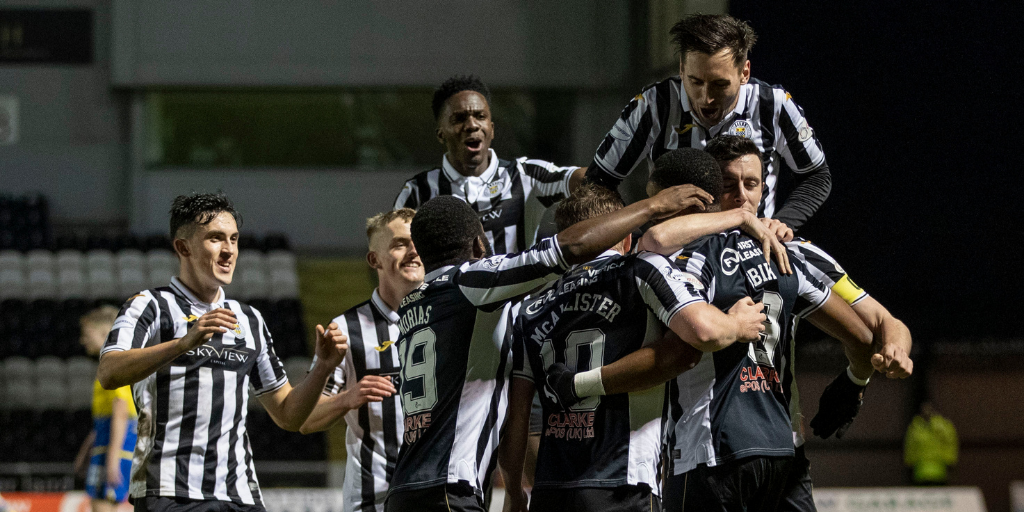 Saints extended their unbeaten run to 11 matches after coming from behind twice to beat St Johnstone 3-2 at the SMiSA Stadium.

Ethan Erhahon's second goal of the season was sandwiched between goals from Stevie May and Scott Tanser in a disappointing first half for St Mirren.

But two late goals in the space of five minutes from Lee Erwin and Jon Obika gave the Buddies the win in the battle of the Saints.

Erwin had the first opportunity of the game after a quiet opening to the match when his strike from distance was pushed over by St Johnstone goalkeeper Zander Clark on 14 minutes.

But four minutes later the Paisley Saints would find themselves behind. Referee Steven Maclean awarded the visitors a penalty when David Wotherspoon went down with minimal contact from Joe Shaughnessy. It looked soft but Stevie May stepped up and squeezed his effort just underneath Jak Alnwick to put St Johnstone in front.

With seven minutes of the half remaining St Mirren found an equaliser when youth academy graduate Erhahon slammed home.

However, with half-time fast approaching St Johnstone took the lead for a second time. A loose clearance from Joe Shaughnessy fell straight to Scott Tanser who curled home from 20 yards.

The first-half drama wasn't over there though as the visitors were reduced to 10 men when Jason Kerr was shown a straight red card for a lunge on Ilkay Durmus.

The Buddies dominated possession in the second-half but were finding it difficult to break down the 10 men. Indeed it was St Johnstone who went closest to extending their lead on the hour mark when Alnwick was forced into a wonderful save to tip Liam Gordon's header over the bar.

Jim Goodwin responded by introducing Obika and Kyle McAllister and the two would make the difference. McAllister sent a delightful chipped ball for Erwin to head home from a tight angle with eight minutes remaining to draw Saints level. Then, on 87 minutes, Obika managed to find himself free in the St Johnstone box to aim a header beyond Clark following another pinpoint McAllister ball to seal all the points and make it six wins from the last seven for Saints.