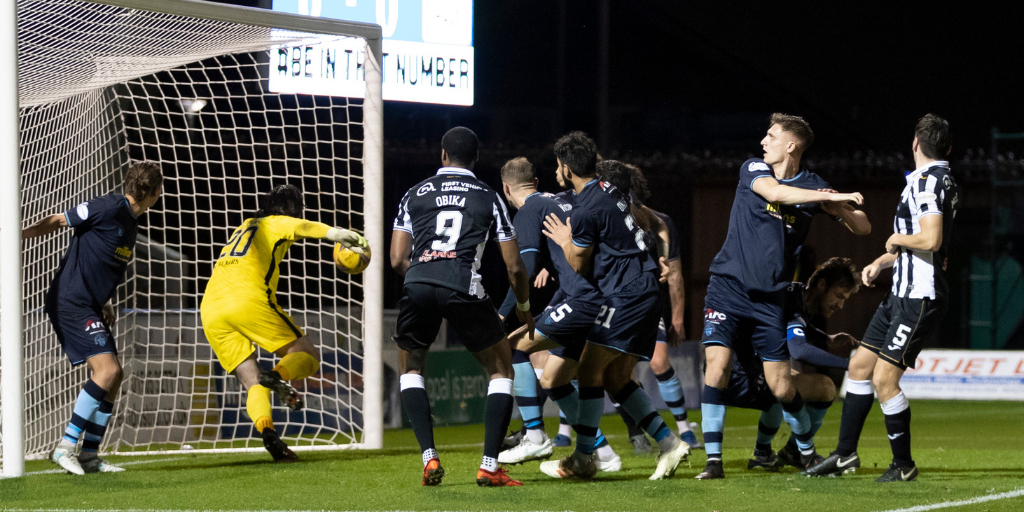 St Mirren's hopes of qualifying for the second-round of the Betfred Cup will go to the final match after the Buddies were held by Morton.

A win at Hampden will be enough to secure top spot for Jim Goodwin's side, though Saints will be disappointed it has not been effectively wrapped up this evening after the cliched game of two halves at the SMiSA Stadium.

The Buddies were dominant in the first-half but only had Jon Obika's header to show for their efforts. But Morton raised their game in the second-half with substitute Ross Maciver levelling seconds after his introduction on the hour mark.

Saints started brightly with Obika having the first attempt of the game just three minutes in. The forward held off a Morton defender before squeezing a low effort through the legs of Markus Fjortoft but goalkeeper Aidan McAdams held at the near post.

McAdams denied Junior Morias and then Obika again with two good saves. First the goalkeeper got a strong hand to Morias' shot on 15 minutes, before Obika had a low effort blocked seven minutes later after McAllister's brilliant reverse pass put the forward through on goal.

It was McAllister who had the next opportunity when he almost caught the Morton goalkeeper out with a long-range free-kick. The number 10's low effort bounced in front of McAdam who eventually managed to push clear.

Marcus Fraser was inches away from giving Saints the lead on 36 minutes after Joe Shaughnessy sent across an incredible ball from the left which only required the defender to get a toe on it to turn home.

Skipper Sam Foley had the first chance of the second half when he clipped over the bar five minutes after the restart.

But the visitors started to grow into the match with Jak Alnwick having to be alert on 54 minutes to turn an Aiden Nesbitt chip over the cross bar.

Nesbitt was replaced five minutes later with Ross Maciver coming on in place of the number 10. And the substitute made an instant impact as his first act of the match was to head the visitors level within seconds of his introduction.

Saints felt they should have had a penalty on when sub Dylan Connolly drove into the box before sending a ball across the box which appeared to strike the arm of a Morton defender. The Irishman protested but referee Bobby Madden was unmoved.

Josh McPake was introduced as a substitute on 75 minutes and he almost made the same impact as Maciver with the midfielder slamming inches wide of the far post after bursting into the Saints box moments after coming on.

That was to be the best chance in the final 15 minutes with the game going to penalties for the bonus point.

Kristian Dennis missed the first penalty, but McGrath, Connolly, Erwin, Foley, Fraser and Mason all scored while Alnwick saved in sudden death from McPake to give Saints a 6-5 shoot-out win.