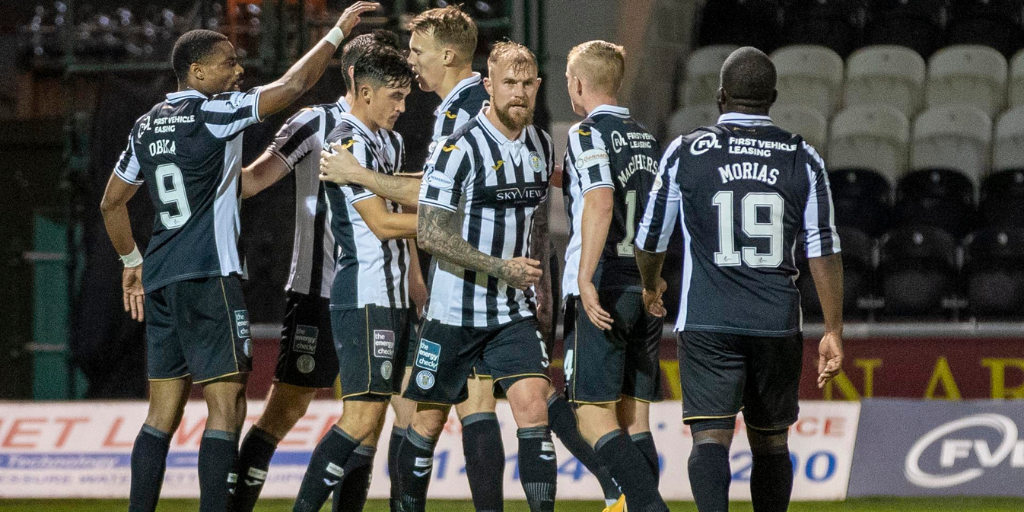 St Mirren stuck four goals past Partick Thistle to get off to a winning start in Group G of the Betfred Cup.

Richard Tait's diving header bang on half-time gave Saints the lead at the interval. But Jim Goodwin's men were pegged back on 65 minutes when Partick substitute Blair Spittal levelled.

Jon Obika got Saints back in front with 15 minutes remaining before two goals in a minute from Joe Shaughnessy and Dylan Connelly sealed a 4-1 win for the Buddies.

Saints had the first real opportunity in the opening minutes with Lee Erwin having an effort held by Partick goalkeeper Jamie Sneddon. But the League One side were certainly up for making a game of it and had two terrific chances to take the lead inside the first 15 minutes. First, Shea Gordon managed to race clear of the St Mirren defence but was denied by Jak Alnwick who got strong hands to the shot to push away. Then, on 15 minutes, Marcus Fraser made a wonderful last-gasp clearance on the line to stop Brian Graham making it 1-0 after the Thistle forward had gotten his shot away underneath Alnwick. Indeed, Graham was convinced the effort had crossed the line but TV replays showed Fraser had just scrambled clear.

With 10 minutes of the half remaining Thistle went close twice in the space of a minute with an excellent recovery challenge from Tait blocking Gordon. From the resultant corner Brian Graham's header had to be cleared off the line by Ethan Erhahon.

Half-time was approaching and it looked poised to be stalemate at the break, but Saints grabbed a goal with the final action of the half when Tait got low to head home a Jamie McGrath corner.

The game was still finely balanced into the second-half and Thistle should have been level on the hour mark when Conor Murray was found in acres of space inside the Buddies box. But the forward nodded his header weakly into the arms of Alnwick.

Four minutes later Saints could have scored a second and wrapped up the win when McGrath had beaten Sneddon from edge of the box but his effort cracked off the post. And how quickly a game can turn as Partick found an equaliser less than 60 seconds later. Blair Spittal, who had just signed for Partick on loan earlier in the afternoon knocked home from inside the box to level.

The Buddies would, however, find themselves back ahead 10 minutes later when substitute Kyle McAllister threaded a lovely ball through for Jon Obika. The forward beat the defender and slid home from close range to score his 15th goal for Saints.

With less than 10 minutes remaining, Saints added a third to secure the win. Joe Shaughnessy looked to have got the final touch before Rhys Breen's touch took it over the line. And then, almost instantly, the shine was put on the win as Dylan Connolly slammed home a neat effort from just inside the box to round-off a solid win for Jim Goodwin's side.