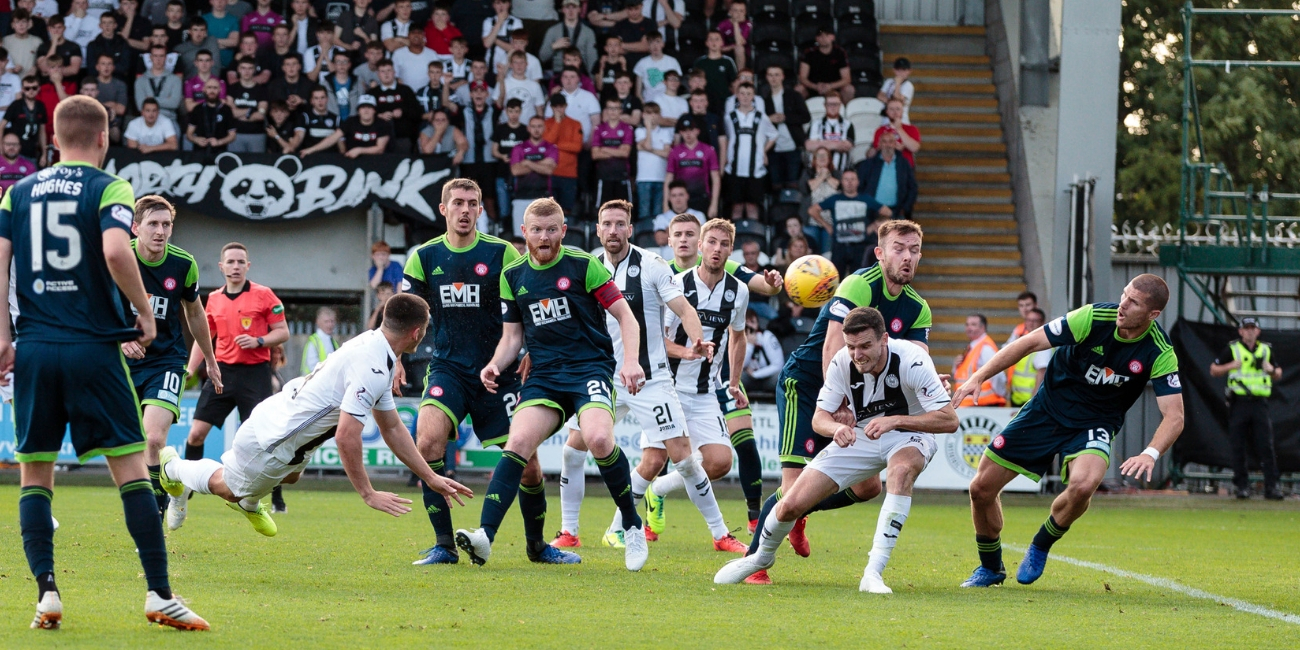 St Mirren were looking to leapfrog Hamilton in the table, as the two sides faced off on a surprisingly warm Saturday in September. The home side were hoping to give their fans their first win since beating Aberdeen 1-0 back in August at the Simple Digital Arena. Whilst Hamilton, in similar form, also hadn’t won since beating Kilmarnock at home on the 10th of August.

St Mirren started the more energetic of the two sides as Paul McGinn and Kyle Magennis tried putting early pressure on the left flank of Hamilton. But as the early proceedings passed Accies started to come into life. Only minutes later Magennis gets a chance to give the Saints the lead. Andreu played a wide ball through Morias, whose cross finds the head of the captain, but he just fails to guide the shot on target.

For large parts of the first-half, St Mirren were left frustrated as Hamilton’s defence stayed strong against most of their advances. Accies had some flurries forward, with Ogkmpoe and Oakley driving forward all of their counter attacks. But on his home debut Kirk Broadfoot helped to keep control on a lot of the visitor’s attacks.

Midway through the half Andreu came close, with Magennis chipping a ball over the Accies defence and Andreu ran through to push the ball goal-wards, but a lack of power made an easy stop for Owain Fon Williams in net.

As half-time approached Morias and St Mirren had a penalty claimed turned down as the striker went through on goal. Smith made contact with the attacker and Morias went down in the box, but referee David Munro turned down the claims from Jim Goodwin’s men.

Smith came close at the other end for Accies, he met Alston’s corner at the near post, only for his header to fly just wide of Hladky’s near post. A warning to St Mirren, who were getting caught on the counterattack.

St Mirren should be frustrated at the fact they had not gone into the break in the lead, they struggled to take the opportunities they had through the first half, leaving the door open for Accies to come back into the game.

But after the interval St Mirren looked to have gained a huge advantage as George Oakley was sent for an early shower for the visitors, the referee gave the attacker his second yellow for leading with his elbow, leaving Hamilton a man down and forty minutes left of play.

The man advantage shows straight away for St Mirren as they pushed Hamilton deeper into their half. But this also made life more difficult for the home side as they had an even tougher challenge of breaking down a stubborn Hamilton side, who looked set to hold out for a point.

As the last 20 approached Magennis went close, he cut inside on the edge of the Accies box. While his shot may not have tested Fon Williams, it just went wide as the Saints continued their search for a goal. Hamilton nearly took the lead from the boot of Alston. A pass from Beck was hit first-time by the Accies player, forcing Hladky into action, pushing the ball wide with a dive to his far right. Beck seemed to have an instant impact for the travelling side as they began to push out of their half for the first time since the sending off.

With minutes left of normal time, St Mirren nearly take the lead from a scramble in the box. A lose header forces Fon Williams into a save and an open goal shot is blocked by the leg of Saints' sub Jon Obika, who was also offside, giving Hamilton a lucky break. The five minutes of additional time was dominated by the home side, as they fired cross, after cross into the Hamilton box. Accies defender Sam Stubbs was there to clear and stifle most opportunities.

Sadly, for Jim Goodwin’s men they couldn’t take advantage of their late dominance and Hamilton steal a point at the Simple Digital Arena, something that will frustrate the whole team with today’s overall positive performance.