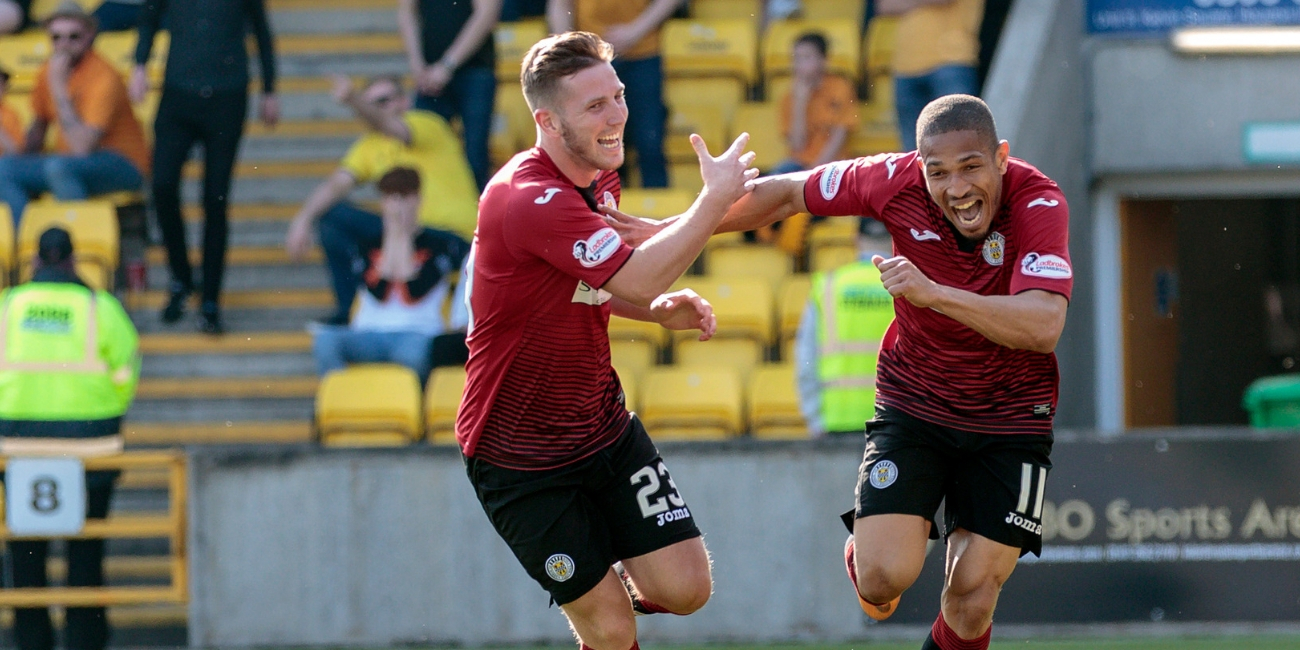 St Mirren picked up a huge three points after a brilliant 3-1 win over Livingston at the Tony Macaroni Arena this afternoon.

Saints had to come from behind to defeat 10-man Livingston to extend the gap over Dundee at the bottom to six points and move to within two of Hamilton Accies.

The home side started brightly with Keaghan Jacobs and Scott Robinson sending efforts just wide inside the opening 10 minutes.

But they were dealt a major blow on 17 minutes when Craig Halkett was shown a straight red card after he was adjudged to have denied a goalscoring opportunity. The Livi captain caught Brad Lyons as he the Northern Irishman charged through on goal and referee William Collum showed no hesitation in pulling out the red card.

Despite that setback, it was the 10 men who took the lead on 20 minutes. To Livi's credit it was a well worked goal which finished with Scott Robinson on hand to tap home a cutback from Steven Lawless.

While it was frustrating for Saints, the Buddies found themselves level just six minutes later. Anders Dreyer fed the ball to Paul McGinn out on the right and the full-back charged into the box, finishing from a tight angle to make it 1-1.

Both sides had chances before half-time with Ryan Flynn making an incredible clearance to deny Scott Pittman a tap-in, while Danny Mullen shot straight at Kelly from the edge of the box after a neat interplay with Dreyer.

Oran Kearney made an attacking substitution at the break with Simeon Jackson coming on to replace Gary MacKenzie. And the Buddies were right at Livingston from the get go. Mullen rose the highest to meet a Paul McGinn cross just a minute after the interval but Kelly was equal to the header.

Just five minutes after coming on Jackson had a chance to put Saints ahead after being found in space inside the box. Dreyer slipped the ball through to the striker but Kelly beat away the shot.

Mullen almost had us in front near the hour mark but for a vital block from Hakeem Odoffin. Mihai Popescu's lovely through ball found Jackson who broke into the box and played it across the box for Mullen whose first time flick was sent over by the leg of the Livi defender.

Saints were having the majority of the pressure but couldn't find a way through. Kyle McAllister and Kyle Magennis were both introduced in place of Brad Lyons and Ethan Erhahon. The substitutions paid dividends with Magennis almost scoring just after coming on. His one-two with Dreyer found him in on goal but Kelly blocked the attempt.

However, it was from that passage of play that Saints would find themselves in front. Livingston couldn't clear their lines after Kelly's save allowing Stephen McGinn to put the ball into the box where it broke nicely to Mullen who, with his back to goal, turned and unleashed a powerful effort into the left corner to send the away stand into raptures.

The scenes only intensified as the Buddies added a third less than two minutes later. Kyle McAllister drove on and unleashed a shot from range down the throat of Kelly. The keeper couldn't hold it with Jackson was on hand to knock it into the net from close range to earn Saints a valuable three points.