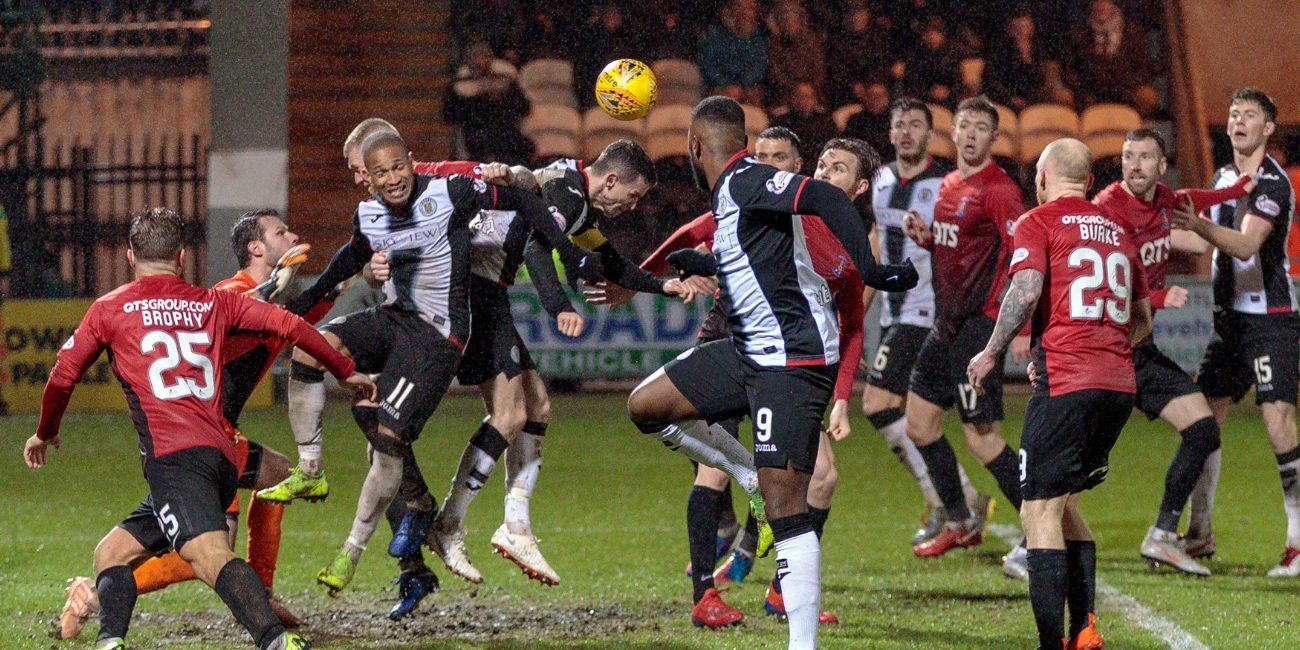 It was late disappointment for Saints as Kilmarnock snatched victory in the dying minutes at the Simple Digital Arena last night.

In what was a fairly even game in which the Buddies would have felt worthy of a point, Kilmarnock took all three as Liam Millar got a toe on the end of an Eamonn Brophy ball across the box with three minutes of normal time remaining.

The match was played in wet and windy conditions - similar to those experienced in the win over Livingston a little over a week ago. And like that match, it made it difficult for both sides to play football.

St Mirren started brightly enough with Kyle McAllister flashing a wicked left foot volley from the edge of the area just by the post with only two minutes on the clock.

Kilmarnock's Chris Burke tried to take advantage of the wild conditions when he had a go from range on 15 minutes, but Saints goalkeeper Vaclav Hladky was equal to it.

10 minutes later, a neat through ball from McAllister found Simeon Jackson who raced towards goal. But under pressure from ex-Saint Kirk Broadfoot, the striker shot straight at Daniel Bachmann.

The visitors best opportunity of the first half came just a minute before the interval. Burke was bodychecked by Ethan Erhahon as he charged forward and referee Don Robertson awarded Killie a free-kick 22 yards from the St Mirren goal. Brophy stepped up but fizzed over.

Kilmarnock came out strongly after the interval, and despite Erhahon testing Bachmann on 47 minutes, it was Steve Clarke's side that went close twice in the first 10 minutes of the second half. Burke skimmed a shot wide from long-range before Brophy smacked the post.

The game was very end-to-end with 20 minutes remaining and that was evidenced by both sides having the chance to break the deadlock on 72 minutes. Broadfoot rose the highest to meet a free-kick into the Saints box but Hladky gathered. The Czech goalkeeper quickly released the ball to McAllister who drove into the Kilmarnock half. He checked inside and found Jackson in good space, but the striker waited for the ball to fall to his feet allowing Stuart Findlay to slide in and deny the forward's effort.

Five minutes later Duckens Nazon had a go from 20 yards but his low shot was straight at Bachmann. Killie tried to get forward at speed right after with Stephen O'Donnell's long-range drive deflected just wide.

Jackson was denied his sixth St Mirren goal on 83 minutes when Bachmann made a great stop to tip away the striker's flick from Paul McGinn's cross.

With the game ebbing away it looked like Saints would gain the point that would lift us off the bottom of the league. But with only three minutes remaining Burke fed the ball down the right to Brophy. The striker sent the ball across the box where it found the unmarked Liam Millar who slid in to tap home from close range to take all three points.