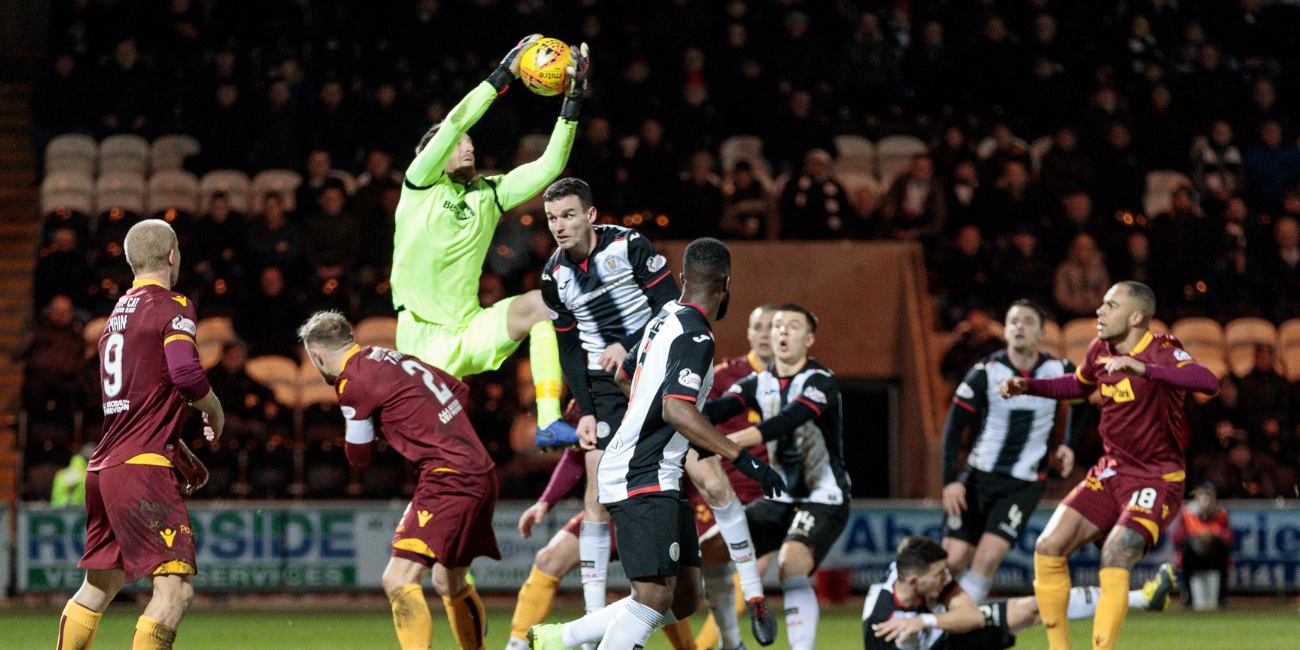 St Mirren were edged out by Motherwell at the Simple Digital Arena this evening.

Well took an early lead thanks to a sensational goal from from in-form Jake Hastie. But the Buddies got themselves level through Paul McGinn late in the second half. However, just a few minutes later, the Steelmen grabbed all three points when Allan Campbell popped up with a header.

Saints were given an early warning when Curtis Main broke the offside trap to get in ahead of the St Mirren defence only to be foiled by a good save from Buddies goalkeeper Vaclav Hladky.

But only two minutes later the visitors were ahead. There was only 10 minutes on the clock when Well went in front thanks to a stunning strike from Jake Hastie. The midfielder cut in from the right and rifled his effort from the edge of the area that cracked in off the bar.

Oran Kearney reacted by making an early change of shape with Kyle McAllister coming on to replace Jack Baird.

Saints went from a 3-4-1-2 to a 4-4-2 and it almost immediately paid dividends. The Buddies had two great chances to level within the space of a minute.

First, a break of the ball saw Anders Dreyer find a bit of space and the winger hit a snapshot toward goal with only a terrific Mark Gillespie save denying the Dane.

Dreyer then turned provider a minute later with a neat piece of skill near the touchline allowing him to roll the ball across the box into the path of McAllister who blazed over.

Saints had another few opportunities before the interval with Mihai Popescu heading into the arms of Gillespie on the half hour mark, while Brad Lyons also tested the goalkeeper from range on 44 minutes.

Motherwell could have doubled their advantage near the hour mark after a counter attack saw Hastie break into the box and cut ball across for Main. The striker got a toe to it as he tried to force home but Kyle McAllister managed to clear.

Main went close again on two more occasions, flashing an effort just by the post from a tight angle before having another attempt deflected over the bar by Popescu.

But with just over 15 minutes to go, Saints grabbed a leveller. A Dreyer corner was punched clear by Gillespie but only as far as the Danish winger. Dreyer pinged the ball in again where it met the head of Paul McGinn who glanced home to make it 1-1.

However, the joy was short-lived for the Buddies with Motherwell regaining the lead four minutes later. Elliot Frear's pinpoint ball into the box was met by Allan Campbell who headed beyond Hladky to restore the Lanarkshire side's advantage and give them all three points.