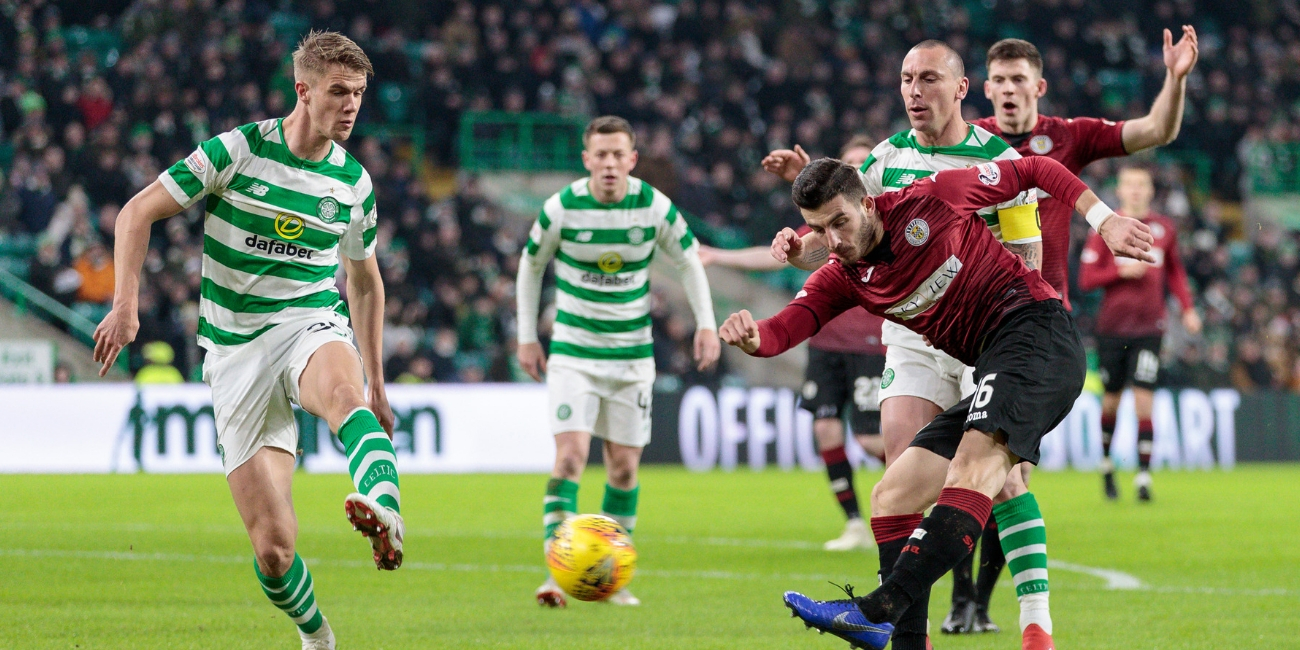 St Mirren were beaten in their first league game of 2019 as we fell to a 4-0 loss to Celtic at Celtic Park.

Two goals in the space of six first half minutes from Oliver Burke and Scott Sinclair had the league leaders in control going into the interval before Burke and substitute Timothy Weah added goals in the second half.

There was very little between the two sides in the opening 10 minutes, though the hosts were enjoying the lion's share of possession.

Celtic were awarded a free kick on 11 minutes when 17 year-old Ethan Erhahon tugged back James Forrest as the winger tried to burst down the right side. Ryan Christie whipped the free kick into the six yard box where Burke, who peeled away from his marker, met the ball with his head and guided towards goal. Vaclav Hladky got two hands on it but couldn't get enough on it to keep the ball out of the net.

A few minutes later, St Mirren were temporarily reduced to ten men when Lee Hodson came out the worst in a 50/50 with Ryan Christie. Jim Kellermann was primed to come on but before he could make his way on to the park Celtic were awarded a penalty. Stephen McGinn caught Scott Sinclair as the English winger drifted into the box from the left. It was Sinclair who stepped up and dispatched into the left hand corner of the net.

Celtic could have made it 3-0 on 25 minutes when Mihai Popescu played the ball straight to Forrest. Forrest played it through to Burke who held the ball up before picking out an unmarked Callum McGregor. The midfielder drove into the box but somehow blasted over from close range.

As half time approached Stephen McGinn sent an effort from outside the box into the arms of Celtic goalkeeper Scott Bain.

Celtic extended their lead 10 minutes in to the second half. Hladky had make a good double save to deny Forrest and then McGregor, but the Saints defence couldn't react to the danger and Burke was on hand to follow up to make it 3-0.

Both sides made changes as the game wore on. Cody Cooke and Jim Kellermann, both of whom seemed to have picked up knocks, made way for Simeon Jackson and Kyle McAllister, while Timothy Weah and Ewan Henderson replaced Burke and Christie for the hosts.

The substitution of Weah highlighted Celtic's strength in reserve and the young American almost made an immediate impact as he found himself one-on-one with Hladky, but the Czech goalkeeper produced a great save to turn the effort by the post.

Weah did add his name to the scoresheet though with less than five minutes remaining. He got on the end of a Ewan Henderson through pass and slid the ball low beyond Hladky to round off a difficult night for Saints.