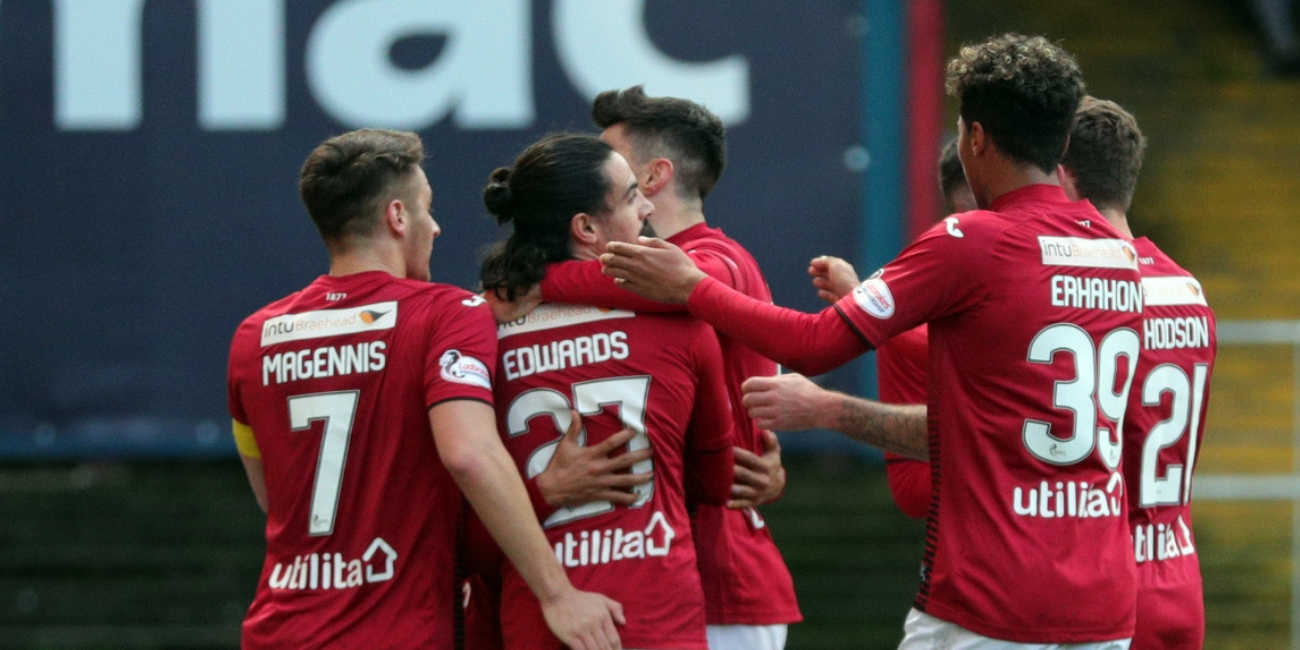 St Mirren picked up their first point on the road this season after a 1-1 draw with Dundee at Dens Park this afternoon.

Simeon Jackson opened the scoring from the penalty spot in the first half before Kenny Miller scored an equaliser 13 minutes later to grab a share of the spoils.

It's a point that keeps The Buddies ahead of Dundee in the Ladbrokes Premiership heading into the international break.

Saints took the lead on 21 minutes from the penalty spot after a wonderful piece of skill from Adam Hammill met Jackson kindly before the forward who was bundled to the deck. The Canadian stepped up, crashing his spot kick in off the underside of the bar to the delight of the 750 plus travelling support.

Alfie Jones did well to deny Jesse Curran an equaliser on 30 minutes. The Dundee full-back looked well placed to slam the ball home, but for the on loan Saints defender to make up ground well to block Curran's attempt.

But Dundee found a leveller four minutes later. A low ball across the box from Kallman was met by Kenny Miller. The veteran striker didn't need to do more than get his foot on the ball to help it across the line.

The home side finished the half the stronger of the sides but could only muster up a Darren O'Dea header that wasn't troubling Craig Samson.

A quiet beginning to the second half was stirred up near the hour mark with Samson having to push away a deflected Curran effort.

Both sides were struggling to create any real clear cut opportunities that would really test Samson or his opposite number Jack Hamilton. Ryan Edwards and the returning Kyle Magennis, who captained the side, both saw weak efforts held by Hamilton, while ex-Saint Paul McGowan curled high and wide.

Saints finished brightly and were frustrated to be denied another penalty deep in stoppage time. A free kick from 25 yards was floated into the box by Magennis where it met the head of Lee Hodson. Hodson headed across goal where it looked like it might meet substitute Danny Mullen. The striker went down under a challenge but Bobby Madden was unmoved as the game finished 1-1.