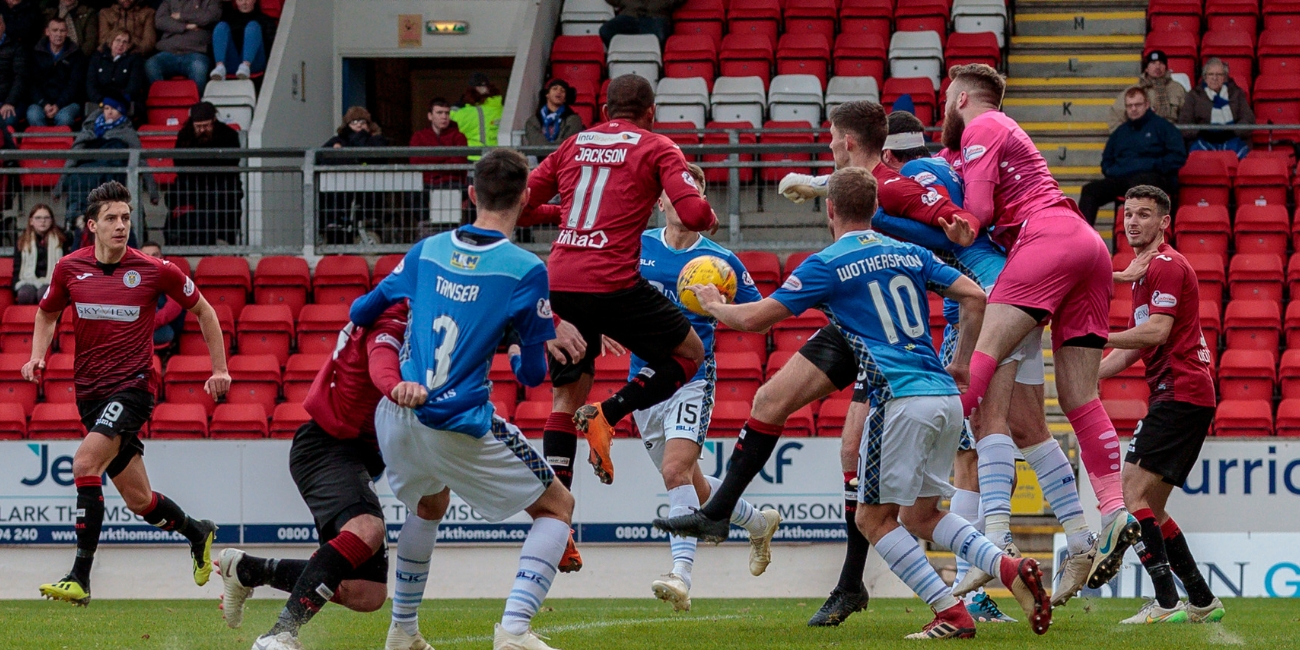 St Mirren fell to a 2-0 defeat away to St Johnstone this afternoon with two second half goals giving the Perth Saints all three points.

The hosts took the lead through David Wotherspoon on the hour mark. They had the chance to extend their lead further but missed two penalty kicks before Matty Kennedy grabbed a second with less than 10 minutes to go.

Craig Samson made a terrific stop to deny the home side an opener. Matty Kennedy's cross met the head of Tony Watt who nodded into the ground, but the Buddies goalkeeper was down well to push the ball over the bar.

Lee Hodson's was searching for Simeon Jackson at the back post when he swung in a cross on 16 minutes. But it looked like it may have been heading into the top corner with Zander Clark having to tip away.

The Paisley Saints were left frustrated on 22 minutes when referee Andrew Dallas booked Danny Mullen for simulation when it looked like the striker had clearly been fouled inside the St Johnstone box.

Great work from Paul McGinn on the right just before half time saw the full-back steal the ball from Scott Tanser and charge towards the St Johnstone box. McGinn expertly picked out Mullen in space inside the box but the striker blazed well over the bar.

A minute later it was the home side who went close to breaking the deadlock before the interval with Samson tipping a Kennedy header on to the bar.

Tony Watt spurned a glorious opportunity to put the home side in front three minutes into the second half. The ball was played across the box, Buddies defender Alfie Jones slipped leaving the striker with what looked to be a simple tap-in. But somehow he side-footed the ball well wide.

The home side had come out strongly after the break and took the lead on the hour mark. Watt tried to get on the end of a cross with an acrobatic effort, but missed the ball completely allowing it to fall to an unmarked Wotherspoon. The midfielder rolled the ball beyond Samson from close range to put St Johnstone in front.

Things looked like going from bad to worse when a penalty was awarded for a foul on Murray Davidson at the back post. Tony Watt stepped up but as he has done so often for St Mirren, Samson was equal to the attempt and pushed it away.

10 minutes later, St Johnstone were given a second penalty of the afternoon with Hodson penalised for a foul in the box. This time it was Liam Craig who assumed responsibility only to slam the ball over the bar.

The two missed penalties failed to give St Mirren a lift though and it was St Johnstone who would go on to secure all three points with Kennedy on hand to knock home a rebound after Samson had made a good save to deny Jason Kerr.