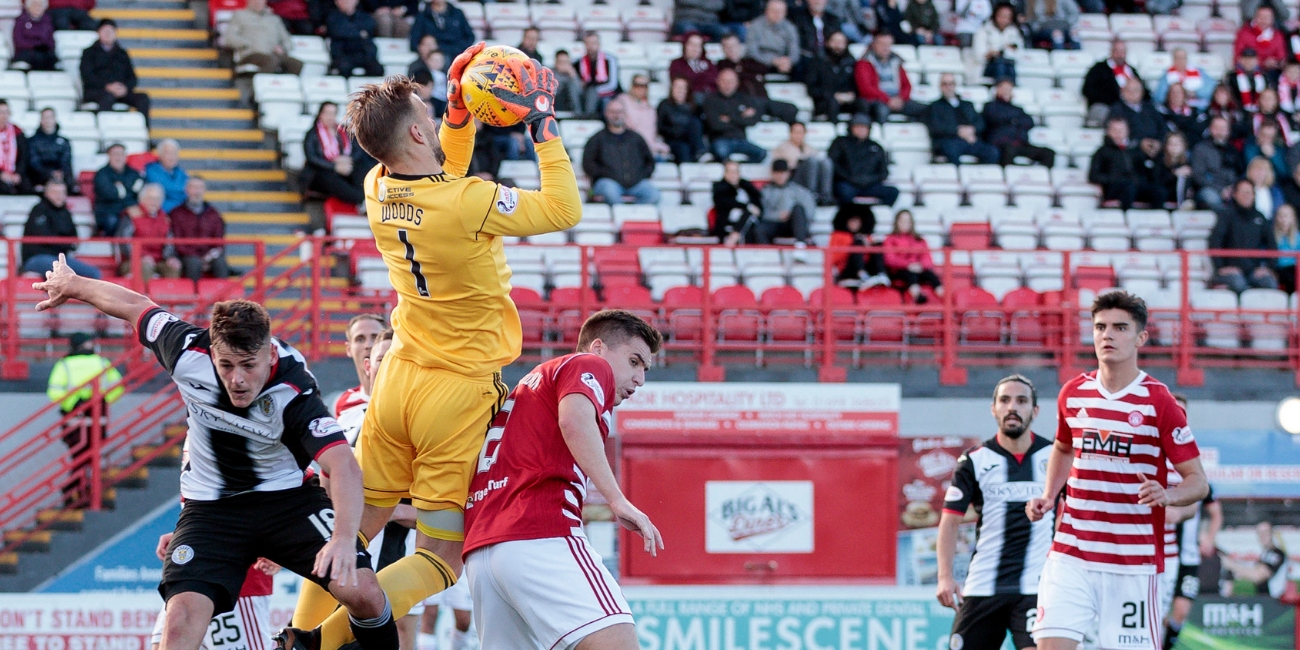 St Mirren suffered a disappointing loss away to Hamilton as The Buddies were defeated 3-0 at The Hope CBD Stadium this afternoon.

Two goals in four first half minutes from Fredrik Brustad and Mickel Miller gave Accies a comfortable lead heading into the break. Miller put the seal on a good day for the home side with a tremendous effort on 66 minutes.

It was a frustrating afternoon for Saints from the outset with Jack Baird picking up a calf knock in the warm up that saw him have to be replaced in the starting eleven by Cammy MacPherson.

The home side started the brighter of the sides winning a few early corners. It was from one of these corners that Accies would have felt they should have taken an early lead. With just 10 minutes on the clock Dougie Imrie found Shaun Want in acres of space inside the box, but the Hamilton defender chested towards goal when he should have nodded home which allowed Craig Samson to tip over the bar.

Despite that early scare though Saints would go on to have their best spell of the match. Cammy Smith won a free kick in a promising position after being fouled by Darian MacKinnon. MacPherson, who agreed new contract with The Buddies yesterday, stepped up and went mightily close as he curled it just by the right-hand post.

Accies had to be alert on a few occasions with vital blocks denying Ryan Flynn and Danny Mullen just a few moments apart. The experience of Hamilton defender Matthew Kilgallon showed as he made a great challenge to stop Mullen who was breaking clear on goal.

Saints won another free kick in a good area but this time MacPherson sent it straight into the arms of Gary Woods.

It wasn't a match of the highest quality and real clear cut chances for either side were few and far between in the opening half hour, but Accies began to take a grip of the contest. On 35 minutes, Mickel Miller drove a powerful effort from distance that flew just by the post.

The warning sign was there and a minute later the hosts would take the lead. A quick counter saw the ball played out to Steven Boyd who bore down on goal. He looked certain to slam home only for Samson to make a really good stop. But Norwegian striker Frederik Brustad was on hand to knock home the rebound.

It was another blow for Saints, who also lost Hayden Coulson to injury a few minutes before with the Englishman replaced by Jordan Kirkpatrick.

Kirkpatrick, making his first appearance since an injury picked up at Rugby Park in July, conceded a penalty just four minutes later after bringing down Dougie Imrie inside the box. There was no arguing with the decision as Miller stepped up to slam home and double Accies' advantage.

The two goals in quick succession really seemed to take the wind out of Saints' sail and they couldn't get going in the second half. Hamilton looked the most likely to make anything happen and they indeed stretched their lead further on 66 minutes. It was a quality strike from Miller it has to be said with the forward smashing into the net via both posts from 25 yards out.

And so that capped off a frustrating afternoon for St Mirren who face Neil Lennon's Hibernian at The Simple Digital Arena next Saturday.