It's Scottish Cup action for Saints on Saturday as Jim Goodwin's side head to Somerset Park to face cinch Championship side Ayr United.

Saints will be hoping to go one better in the Scottish Cup this season after reaching the semi-finals last year. The Buddies defeated Hamilton Academical, Inverness Caledonian Thistle and Kilmarnock before being edged out by eventual winners St Johnstone at Hampden.

Jay Henderson and Eamonn Brophy scored on Tuesday night at Saints defeated Dundee United 2-1 at Tannadice in their first match of 2022.

Ayr United entered the Cup at the Third Round stage - defeating League Two side Albion Rovers 2-1 at Somerset in November.

Lee Bullen's side go into the match having won one and lost one in 2022. A 1-0 win over league leader Arbroath was followed up with a 2-0 loss at home to Morton.

Tickets for Saturday's match are available online only at the following link.

We have sold over 1,700 tickets from our allocation of 2,800 and would strongly advise supporters to purchase tickets in advance of the match day. There will be no option to pay at the turnstile. More details on pricing of tickets and Covid status requirements can be found at this link.

There will be no St Mirren TV coverage of Saturday's match, however, Ayr United will be streaming the match live on PPV at a cost of £18. PPV can be purchased at this link.

St Mirren have won five and drawn two of their last seven against Ayr United with the most recent meeting coming at the SMiSA Stadium in April 2017.

Saturday's match will be Saints' first visit to Somerset Park since a vital 2-0 win over the Honest Men back in February 2017.

Adrift at the foot of the Championship, St Mirren headed to Somerset Park knowing that anything but a win would have all but doomed the Buddies to relegation to third tier. But second-half goals from John Sutton and Lewis Morgan saw Saints close the gap at the bottom to five points and prove to be a massive win in our great escape of 2016/17. 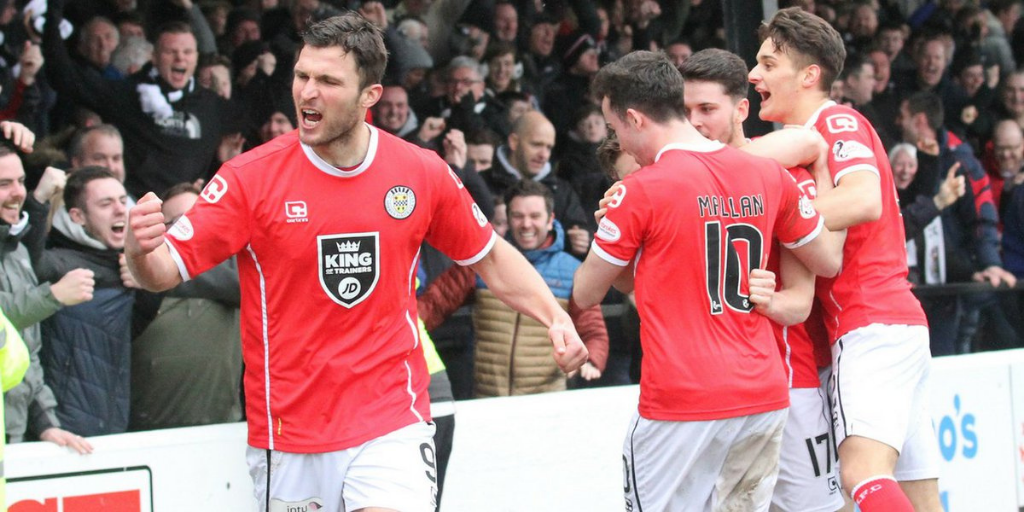 The referee on Saturday is David Dickinson and he's assisted by David Doig and Jonathan Bell.