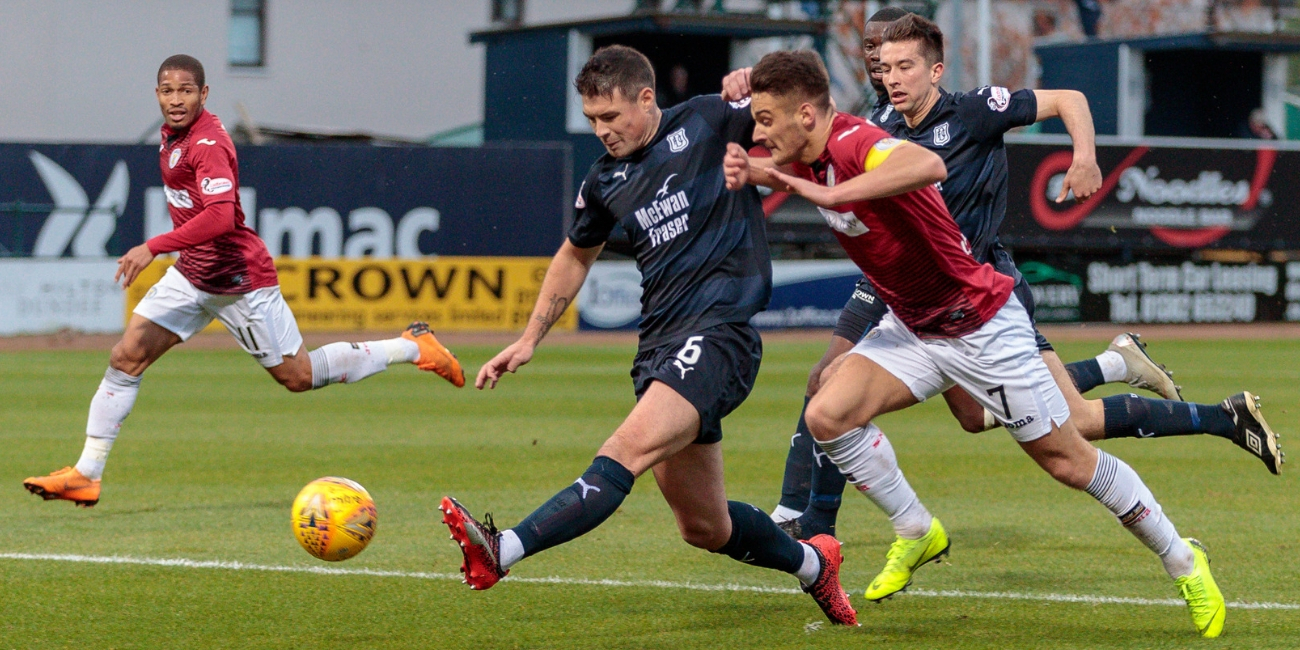 St Mirren travel to Dundee for matchday 38 of the Ladbrokes Premiership.

Saints come into tomorrow's game on the back of a 2-0 win over Hamilton Academical on Monday night which made it five matches without defeat for the Buddies.

Two wins and three draws have given Oran Kearney's side the chance of clinching survival on the final day of the season.

Dundee arrested a slide of 10 defeats in a row when they beat Livingston 1-0 at the Tony Macaroni Arena last Saturday with veteran striker Kenny Miller scoring the game's only goal.

Despite the win, Dens boss Jim McIntyre was sacked on Sunday afternoon with James McPake taking over as caretaker for tomorrow's match.

Saints have managed to get the better of Dundee on two of the three matches we have faced the side this season.

The Buddies opened the season by hosting Dundee at the Simple Digital Arena on match day one. A Danny Mullen double either side of an Elton Ngwatala goal got Saints an opening day three points.

Jim McIntyre had replaced Neil McCann as manager of the Dark Blues when we visited in November. Simeon Jackson scored from the penalty spot to give Saints the lead, but the home side grabbed a point through Kenny Miller.

The final meeting of the two came at the end of March when Dundee visited the Simple Digital Arena for the final time this season. It was the away side who got off to a flyer with Ethan Robson giving them the lead with just 23 seconds played. But Saints grabbed a quickfire leveller through Mullen with Brad Lyons nodding home the winner on 57 minutes.

Come full time tomorrow Saints will know whether they have secured Premiership football for next season or whether they will face a play-off.

It's out of the Buddies hands but a win or a draw could keep us up.  By the same token a win or a draw may not be enough depending on Hamilton's result at home to St Johnstone.

If Hamilton beat St Johnstone the Buddies will face a relegation play-off, regardless of our result tomorrow. If Hamilton draw with the Perth Saints then Oran Kearney's side must defeat Dundee to finish in 10th. If Hamilton lose then either a draw or a win will secure survival for Saints.

Anders Dreyer and Greg Tansey remain out for Saints.

The manager also told the press yesterday that Simeon Jackson is a doubt after coming off against Hamilton on Monday night.

"We find ourselves in territory that I don't think anyone expected we could get to.

"There was a stage a few months ago we were eight or nine points behind Hamilton and maybe five or six behind Dundee at one point as well.

"We've been chasing the whole time and the chase is still on for us and it's one last chase on Saturday."