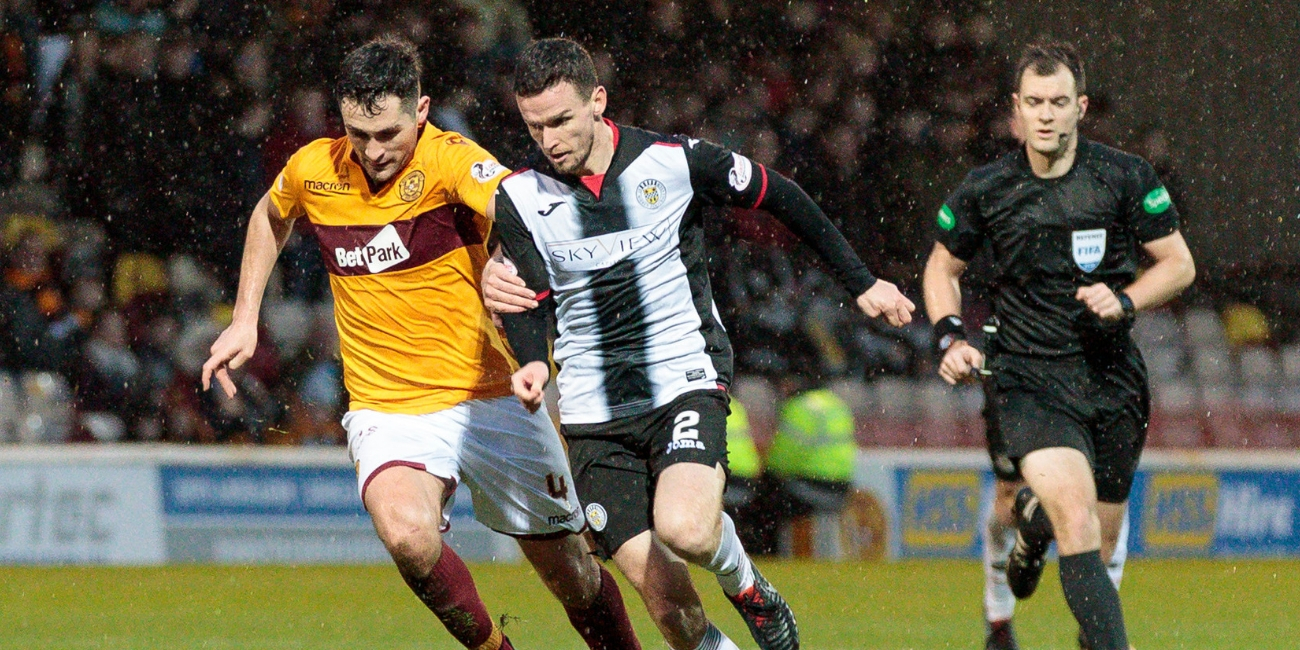 St Mirren travel to Lanarkshire tomorrow to take on Motherwell in the Ladbrokes Premiership.

The Buddies are unbeaten in their last three matches having won once and drawn twice.

That run began with a 1-1 draw away to Hamilton Accies at the Hope CBD Stadium last month before the Buddies won their first match of the split defeating Livingston 3-1 away.

Oran Kearney's men come into tomorrow's match on the back of a 1-1 draw with St Johnstone at the Simple Digital Arena last week. Chris Kane's late goal looked to have won it for the visitors, but Danny Mullen netted his sixth goal of the season with a sensational volley from the edge of the box on 90 minutes to grab Saints a point.

Like Saints, Motherwell have picked up four points from their opening two split matches. The first saw Stephen Robinson's side draw 1-1 away to Hamilton, before a dramatic 4-3 win against Dundee at Fir Park last weekend.

Saints were victorious in their only trip to Fir Park so far this season.

The Buddies previously made the trip to Motherwell in December with Simeon Jackson's 68th minute goal giving Saints a 1-0 win three days before Christmas.

Motherwell have won the other two matches against Saints this season. The Steelmen have left Paisley with the three points on both occasions - a 2-0 win on Halloween, followed by a 2-1 win in February.

St Mirren could potentially move into 10th spot if they gather all three points tomorrow.

The Buddies would have to win and hope that Hamilton fail to defeat Dundee away to move into 10th.

A win would also ensure that Saints can't finish bottom of the Ladbrokes Premiership regardless of what happens in the Dundee-Hamilton match.

Meanwhile, Motherwell are still in the hunt for a 7th place finish and sit just a point behind St Johnstone who currently occupy that spot.

Oran Kearney confirmed to press yesterday that Anders Dreyer has been sent back to parent club Brighton after picking up an injury that is likely to rule him out for the season. Cammy MacPherson is also ruled out due to an ankle problem while long-term absentee Greg Tansey remains out.

Alex Rodriguez Gorrín is out for the home side after his red card against Dundee last week. Liam Donnelly is also a doubt for the Steelmen.

"We beat them in December time but probably both teams since then have vastly changed.

"They've had a cracking season since January onwards and have probably been one of the form teams in the league.

"We've got to keep going. The buzz has been good in training and there's a good feel about it at the minute. But we are fully aware of the magnitude of each of the games."