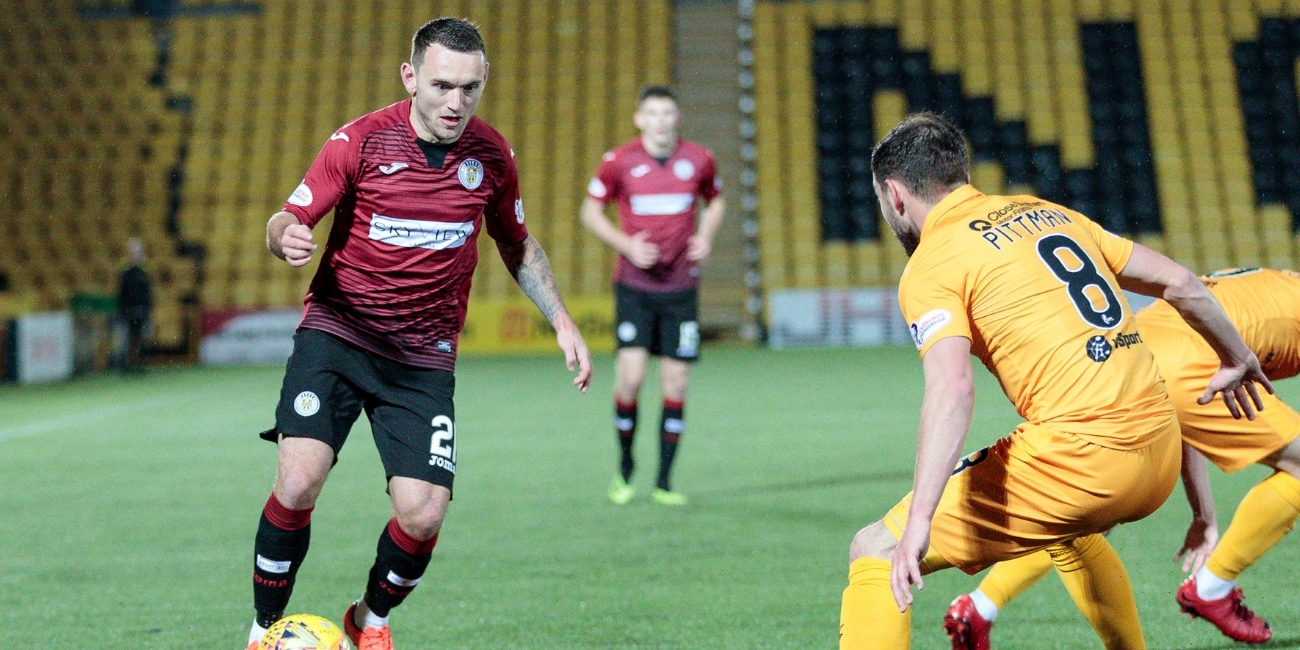 St Mirren travel through to West Lothian on Saturday to face Gary Holt's Livingston at the Tony Macaroni Arena.

It's the first match following the league split with 11th placed Saints looking to preserve their Ladbrokes Premiership status with five matches remaining.

After a break last weekend, the Buddies come into this match on the back of a 1-1 draw away to Hamilton on match day 32.

Saints fell behind to Accies on 63 minutes, but responded quickly with Anders Dreyer netting the equaliser three minutes later to grab us a share of the spoils.

The Buddies' last win came over Dundee at the Simple Digital Arena at the end of March when we defeated Dundee 2-1.

Livingston, meanwhile, picked up a point in their last match after a 0-0 draw against Celtic at Celtic Park.

They were victorious in their last home match with goals from Ryan Hardie and Craig Halkett giving them a 2-0 win over Hamilton.

The Lions have been in impressive form at home this season. Gary Holt's side have won a third of their Ladbrokes Premiership matches overall this season with 10 of those 11 wins coming at the Tony Macaroni Arena.

Ryan Flynn scored a last-gasp winner for the Buddies the last time the two sides met.

The midfielder was on hand to follow up after Simeon Jackson's shot was saved to give St Mirren a 1-0 win over Livi at the Simple Digital Arena in March.

That was Saints' first win over the Lions in three attempts this season having lost both of the previous matches.

Gary Holt first match in charge as Livingston manager came against St Mirren back in August. The Lions came away from Paisley with three points that afternoon with first half goals from Jack Hamilton and Alan Lithgow seeing the visitors win 2-0.

This will be St Mirren's second visit to Livingston this season having already made the trip to the Tony Macaroni Arena in December. Alfie Jones, now back at Southampton, headed the opener for Saints to give Oran Kearney's men a first half lead. But second half goals from Scott Pittman, Ryan Hardie and Craig Sibbald gave Livingston a 3-1 win.

St Mirren will be looking for three points to try and close the gap on 10th place Hamilton and keep above bottom side Dundee.

Saints could move to within a point of Accies with a win providing that Hamilton lose at home to Motherwell in the Lanarkshire derby.

A win could also see the Buddies go six points clear of the bottom if Dundee lose away to St Johnstone at McDiarmid Park.

Three points for Livingston would keep them in the hunt for a seventh place finish. Just two points separate ninth-placed Lions from seventh-placed St Johnstone.

Danny Rogers and Greg Tansey remain out for the Buddies, while Duckens Nazon will serve the final match of his suspension.

Kyle Magennis played 45 minutes for the St Mirren Reserves on Monday, but tomorrow's game may come too soon for the 20 year-old.

"I don't buy into it when people say a team has nothing to play for. I don't expect Livingston to be any different from the Livingston we have faced this season which has always been a tough task.