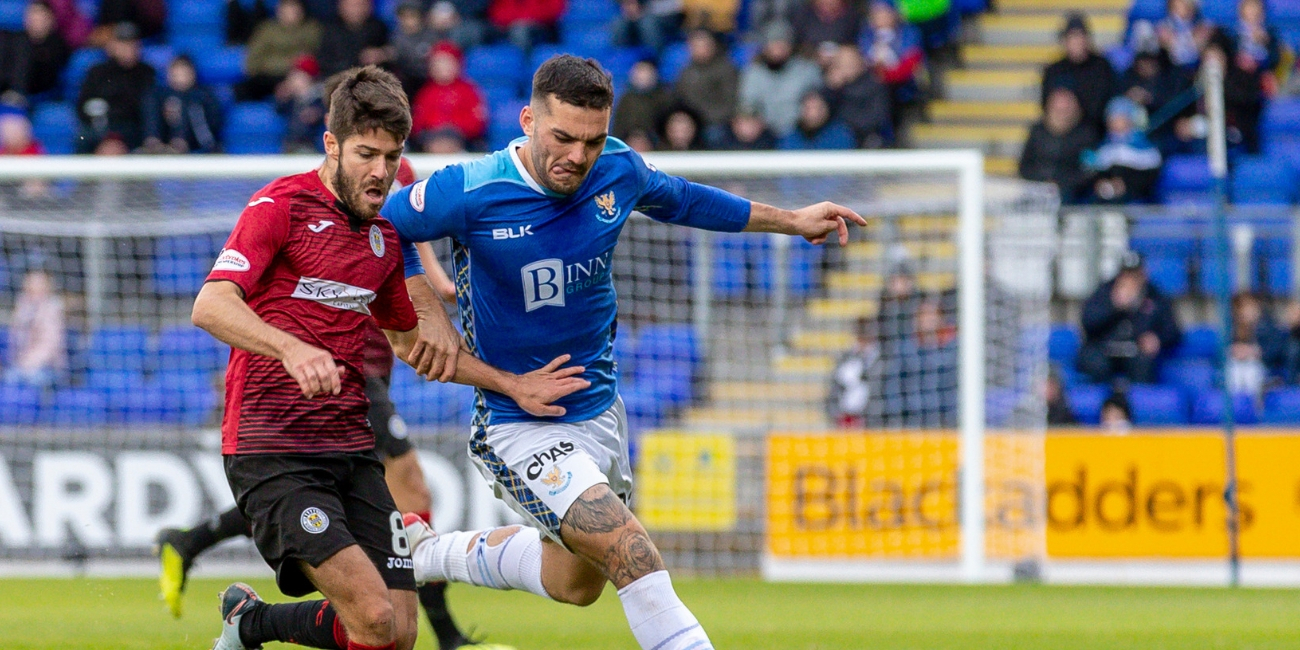 It’s the battle of the Saints tomorrow as St Mirren make the trip to Perth to face St Johnstone on matchday 30 of the Ladbrokes Premiership.

The Paisley Saints go into tomorrow's match undefeated in our last two away matches.

A 2-2 draw with Aberdeen last month was followed up by a 1-1 draw at Tynecastle. Since those away matches there has been a 1-0 win over Livingston and a 1-0 loss to Kilmarnock at the Simple Digital Arena.

St Johnstone, meanwhile, have only picked up a solitary point in their last seven Premiership matches. That came in a 0-0 draw with Rangers at Ibrox in February.

Since their last win - a 1-0 triumph over Livingston in January - the Perth Saints have lost to Livingston, Hibernian, Aberdeen, Hamilton Academical, Celtic (twice) and Hearts in the league.

They come into tomorrow's match having lost 3-1 to Livingston at the Tony Macaroni Arena last Saturday.

Our first visit to Perth this season saw the home side win 2-0 thanks to second half goals from David Wotherspoon and Matty Kennedy.

St Johnstone visited Paisley on Boxing Day and left with all the points after an 89th minute goal from Tony Watt gave them a 1-0 win.

Indeed, St Johnstone have won the last four meetings between the two sides with the Buddies last victory over St Johnstone coming at McDiarmid Park in October 2014 when goals from Jason Naismith and Adam Drury gave us a 2-1 win.

A win would see the Buddies move into 11th place, two points clear of Dundee who play Celtic on Sunday.

Depending on Hamilton Accies' result at home to Hearts, the Paisley Saints could go to within a point of the 10th placed Lanarkshire side.

Even a draw for Saints would see us move into 11th ahead of Dundee on goal difference before they play.

The Perth side are currently eighth in the table - four points behind sixth place Hibernian with four games to go until the split.

Greg Tansey could return to the squad after serving a two-match suspension, but Stephen McGinn is out for after going through a minor operation this week.

Deputy goalkeeper Jordan Holmes is away with Australia on international duty while Danny Rogers, Lee Hodson and Kyle Magennis remain out.